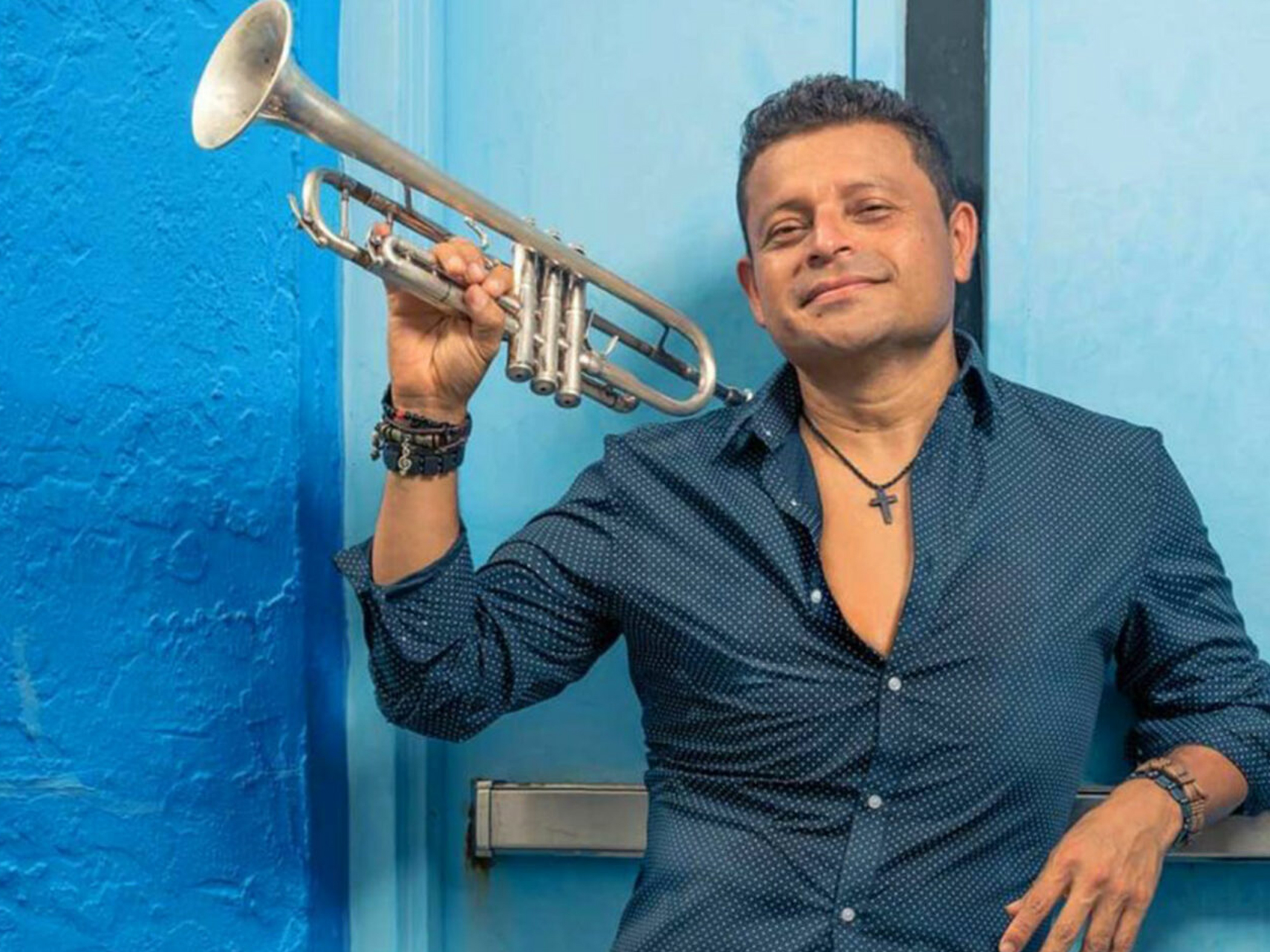 Dante Vargas was born in Peru in the city of Trujillo, where he started to explore the infinite world of music, as a trumpet player, which would take him to visit the most important stages of the world. His professional career started from a very early age in Colombia, a country that welcomed him with open arms and to which he is deeply thankful since there he formed his family and professionally got the chance to work with world-renowned artists such as: Fruko y sus Tesos, La Sonora Dinamita, El Grupo Gale, Los Titanes, Grupo Niche, El Combo De Las Estrellas, El Tropicombo and many more, to which he can take pride of being part in their recordings as he is actually doing with La Sonora Carruseles, to which he is a producer and musical director.