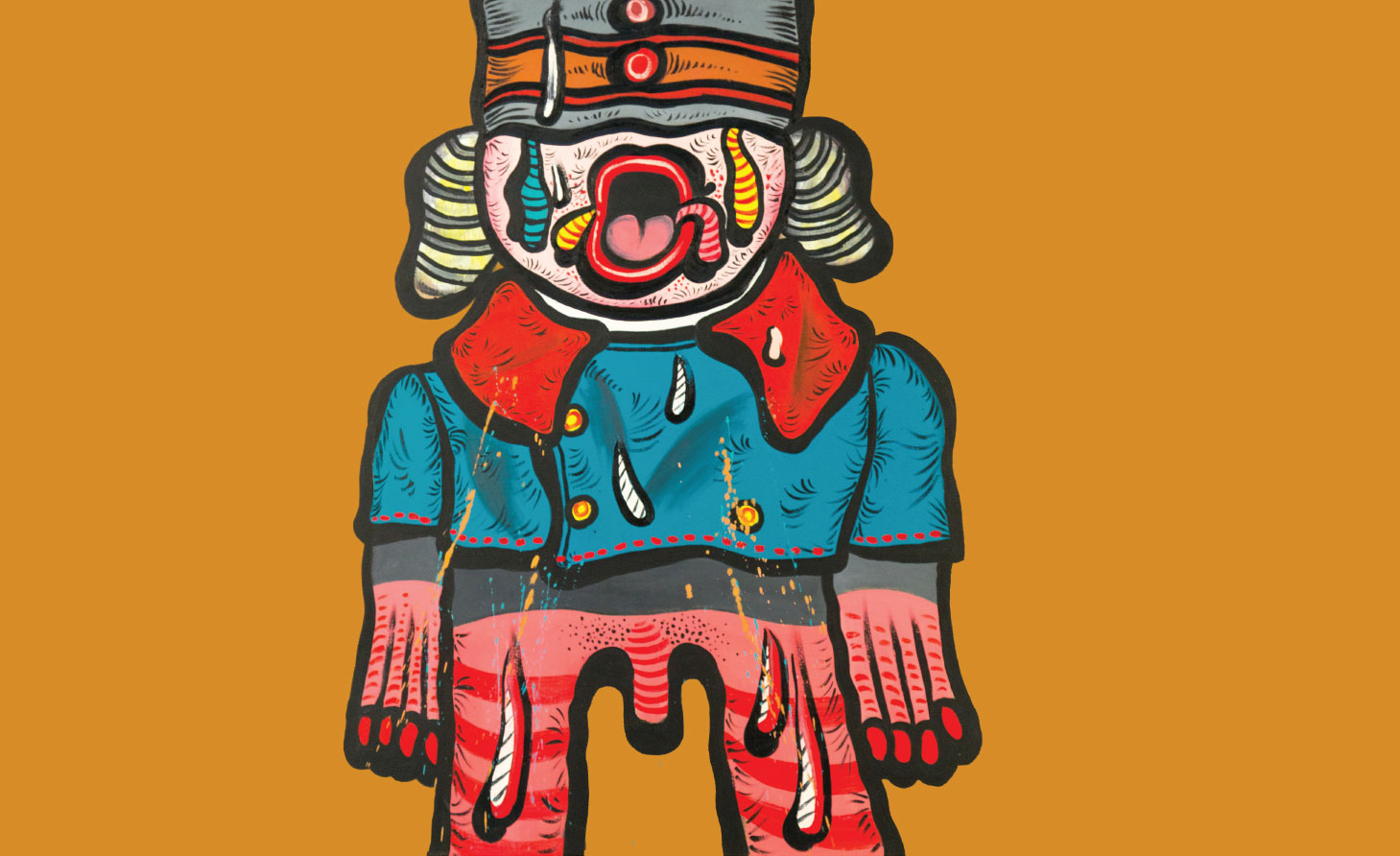 North Miami, FL—September 20, 2021—The Museum of Contemporary Art North Miami is pleased to announce its forthcoming exhibition My Name is Maryan—a monographic presentation of four decades of paintings, sculptures, drawings and film by the iconoclastic, ground-breaking Polish-born artist Maryan. The exhibition opens to the public on November 17, 2021, and will remain on view until October 2, 2022. The exhibition reception will take place on December 2, in conjunction with Miami Art Week.

Drawing upon new scholarship and a trove of never-before-exhibited works, My Name is Maryan will be the first retrospective to holistically examine all periods of Maryan’s life and work. Throughout the museum, Maryan’s extraordinary biography and prolific oeuvre represent a deeply moving monument to the perseverance of the human spirit and power of art to work through traumatic loss. Credited as being among the first artist-eyewitnesses to directly depict their experiences of the Shoah, Maryan’s unique approach to figurative art strove to solidarity across cultures and generations.

Born to Abraham Schindel and Gitla Bursztyn in Nowy Sącz, Poland in 1927, young Pinkas, the artist who came to be known as Maryan grew up in a traditional, working-class Jewish family. In 1939, Pinkas and his family were captured by the Nazis. Under his mother’s maiden name, Bursztyn, he was imprisoned at various forced labor camps and finally at the Auschwitz and Birkenau concentration camps. Pinkas Bursztyn, who survived several near-death experiences, was the sole survivor of his family.

After the war, Bursztyn recovered from his physical injuries, which necessitated having his leg amputated. In 1947, he immigrated to then-Palestine to begin his artistic training, first in Jerusalem and, beginning in 1950, at the École des Beaux-Arts in Paris. As an act of radical self-definition, the young artist shed the name under which the Nazis persecuted him, adopting the name Maryan. Living in Paris for over a decade, he exhibited in prominent galleries, forged a distinct style independent from but adjacent to the École de Paris and the CoBrA group.

After gaining a following in Paris, Maryan moved to New York City in the early 1960s, just as he developed his notion of the personnage—using the French term for character to title the fictitious figures that dominated his mature oeuvre. These personnages are powerful vehicles for complex narratives and served as a conduit for the formal evolution of his distinctive painterly language. Working in a studio in the famed Chelsea Hotel during the 1970s—which is recreated in an immersive installation in the exhibition’s opening gallery—he expanded upon the personage motif to create works that explore psychosexual tropes and other figures both historical and fictional.

Maryan died of a heart attack at the age of fifty in 1977. His last decade was extremely prolific but emotionally and physically turbulent. While he had always refused being called a “Holocaust artist,” the psychological fallout of Maryan’s experiences overwhelmed him in the early ‘70s.  Under the care of a psychiatrist, Maryan filled notebooks with drawings and text that provide insights into his biography and recurrent motifs of his art. In his only film, Ecce Homo (1975), Maryan paired a first-person testimonial of his experiences in Nazi prison camps with images of other social-protest movements.

My Name Is Maryan inserts this complex oeuvre into a larger narrative of postwar European and American art history. The exhibition takes Maryan’s act of renaming himself as more than a gesture of self-definition; through it, Maryan forges a defiant yet questioning form of humanism that he dubbed “truth-painting” (peinture-vérité). The exhibition restores Maryan’s rightful place in postwar art history—not only chronicling the work of an overlooked artist, but directly linking him to a larger context of his like-minded European and American contemporaries. Throughout the galleries, Maryan’s oeuvre will be juxtaposed with works by artists such as Asger Jorn, Constant, Egill Jacobsen, and other members of the CoBrA group; as well as American artists such as H.C. Westermann, Leon Golub, and June Leaf. The first holistic exploration of Maryan’s inspiring and defiant life and work, My Name Is Maryan seeks to build kinship with Maryan’s story and Miami’s diverse and thriving immigrant community.

The exhibition will be accompanied by a robust series of education and public programming in partnership with national organizations such as the Human Rights Watch, and feature additional reflections from the arts and local community: Curator and art historian Dr. Erica Moiah James (University of Miami), Holocaust scholar Oren Baruch Stier (Florida International University), and curator and filmmaker Leah Gordon.The exhibition will also be activated throughout Miami Art Week.

The exhibition will travel to the Tel Aviv Museum of Art in March 2023. MOCA will publish a 250-page full-color catalog that reproduces key works held in the exhibition along with other archival imagery. These will be accompanied by critical essays from exhibition curator Alison M. Gingeras; Noa Rosenberg, curator for Modern and Israeli art at Tel Aviv Museum of Art; Piotr Słodkowski, assistant professor at the Academy of Fine Arts in Warsaw, and guest curator at the Museum of Modern Art, Warsaw; and the psychoanalyst and cultural critic Dr. Jamieson Webster.

A curator and writer, Alison M. Gingeras has been recognized for her scholarly yet anarchic approach to art history. She has held curatorial positions at the Solomon R. Guggenheim Museum, New York, the National Museum of Modern Art, Paris, the Centre Pompidou, Paris, and Francois Pinault’s Palazzo Grassi, Venice. Gingeras serves as Adjunct Curator of Dallas Contemporary and Guest Curator of the Museum of Contemporary Art North Miami.

She has organized groundbreaking exhibitions such as Dear Painter, Paint Me: Painting the Figure Since Late Picabia(2002) at the Centre Pompidou; Pop Life (2009) which she co-curated at Tate Modern; Black Sheep Feminism: The Art of Sexual Politics (2016) and My Life as a Man: John Currin (2019) at Dallas Contemporary; Sex Work: Feminist Art & Radical Politics (2017) at Frieze London and New Images of Man (2020) at Blum & Poe. Her essays regularly appear in periodicals including Artforum, Spike, Mousse, Playboy, and Tate Etc., and in scores of art historical volumes.  In 2021, Gingeras organized the first ever monographic exhibition and publication on the Polish Surrealist Erna Rosenstein outside of Eastern Europe at Hauser and Wirth in New York.