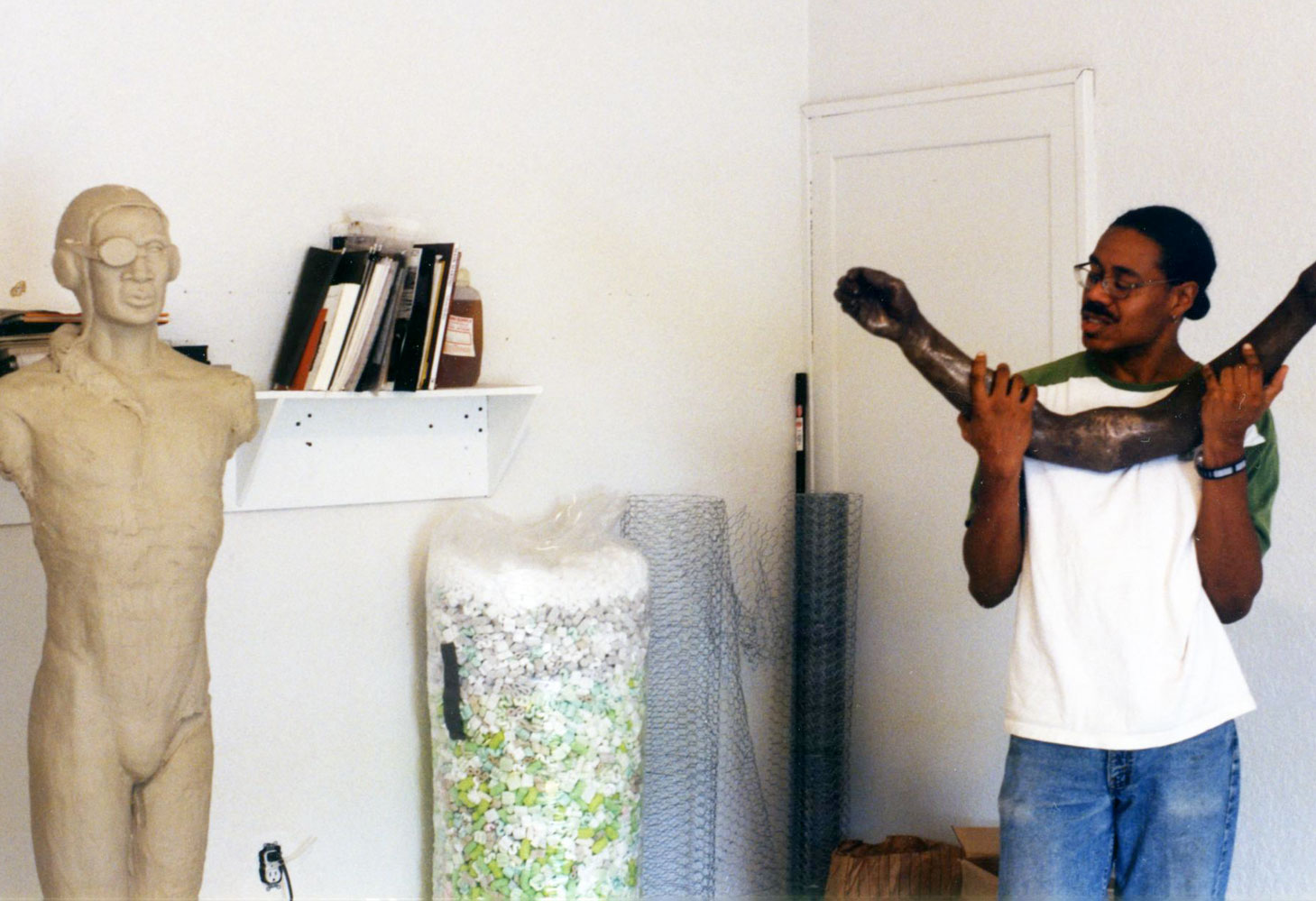 2021 marks 20 years since Michael Richards’ tragic passing at the age of 38 in the attacks on September 11, 2001. To honor this anniversary, Michael Richards’ cousin Dawn Dale and Michael Richards: Are You Down?co-curators Alex Fialho and Melissa Levin will be in dialogue with filmmaker, visual artist, and curator Tiona Nekkia McClodden to discuss the ongoing work of stewarding artists’ legacies.

Dale has stored and cared for Richards’ artworks for two decades since Richards’ passing; Fialho and Levin have been engaged with curating Richards’ art since 2016; and McClodden has worked with the estates and archives of artists Brad Johnson, Essex Hemphill and Julius Eastman. Together, their conversation will consider the ongoing work of uplifting underknown Black artists, familial care for those who have passed, and amplifying Richards’ artistic practice in the wake of September 11.

The event title is inspired by Professor Jakeya Caruthers who—in an introduction to the 2019 symposium session on Michael Richards, Art and Its Afterlives—poignantly noted: “Thinking on the fragmented archive of an artist whose impact is often overshadowed by the spectacular terms of his death, this panel marks Michael Richards work present and possible, a living articulation of the past/future thought, a past too easily reduced to being belated, final, or un-alive, a mistake Saidiya Hartman cautiously warns us against in Venus in Two Acts.”