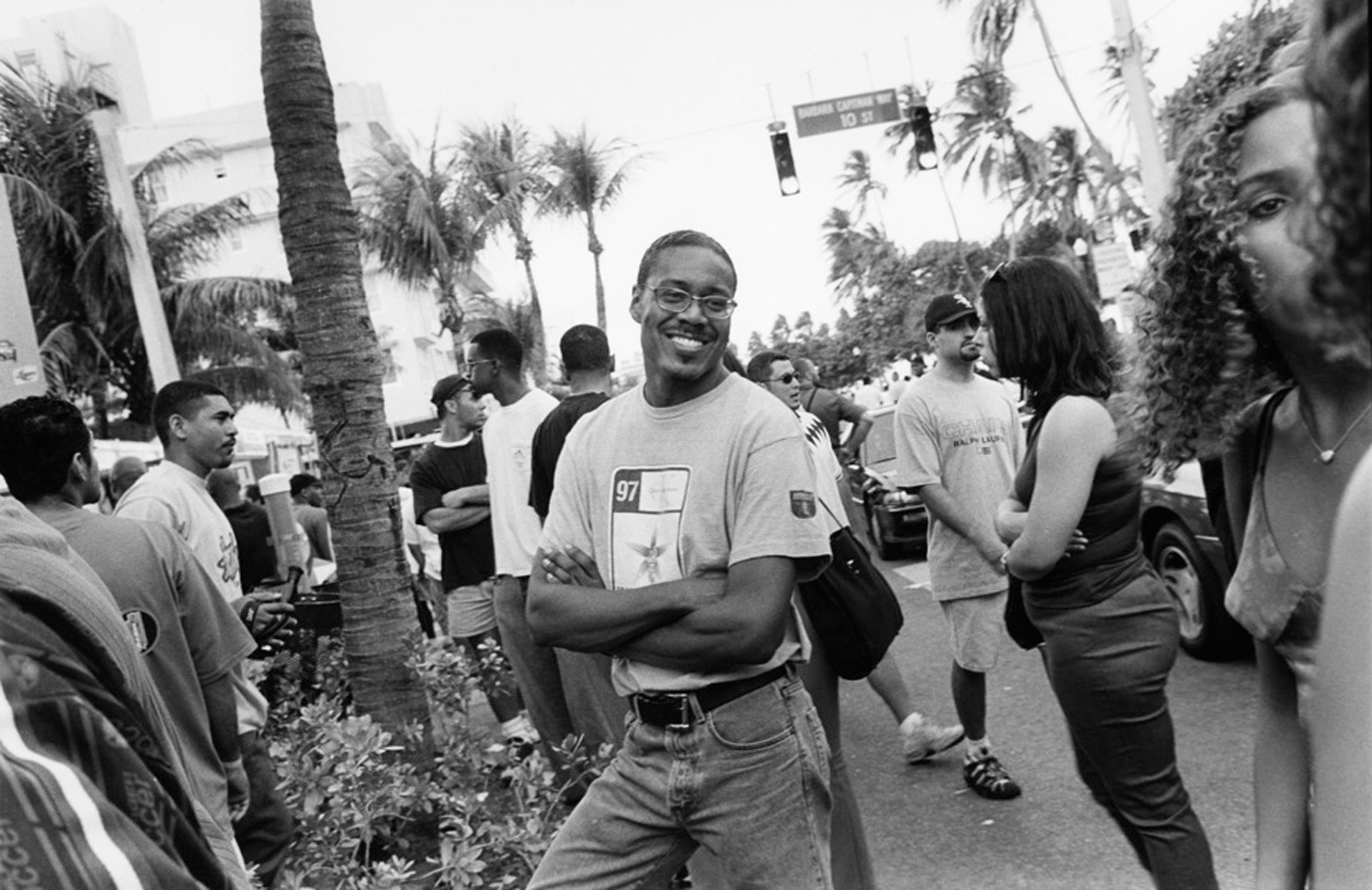 Michael Rolando Richards (1963–2001) was born in Brooklyn, New York and raised in Kingston, Jamaica. Richards moved back to the United States to attend Queens College, where he earned a BA in 1985. He received an MA from New York University in 1991, and attended the Whitney Independent Study Program from 1992–93. During his career, Richards held esteemed residencies with Lower Manhattan Cultural Council (2001); National Foundation for Advancement in the Arts with ArtCenter/South Florida (1997– 2000); Socrates Sculpture Park (1997); The Studio Museum in Harlem (1995–96); and Marie Walsh Foundation (1994–95), among others. In 1995, he was the recipient of an Art Matters Individual Artist Grant. In his lifetime, Richards had a solo exhibition at Ambrosino Gallery in North Miami, and was featured in two-person and group exhibitions including the National Foundation for Advancement in the Arts Fellowship Exhibition at The Corcoran Gallery of Art, Washington, D.C. (2000); Passages: Contemporary Art in Transition at The Studio Museum in Harlem, NY, Chicago Cultural Center, IL, and Miami Art Museum, FL (2000); Postcards from Black America at Debeyard Museum, Amsterdam, The Netherlands (1998); Michael Richards and Cathleen Lewis: Recent Works at Bronx Museum of the Arts, Bronx, NY (1997); No Doubt: African-American Artists of the ‘90s at The Aldrich Museum of Contemporary Art, Ridgefield, CT (1996); and Choice Histories with REPOhistory at Artists Space, NY (1992). His work is held in museum collections including The Studio Museum in Harlem, NY; the Brooklyn Museum, NY; the Virginia Museum of Fine Art, Richmond, VA; and the Pérez Art Museum Miami, FL. Franconia Sculpture Park, near Minneapolis, MN, is home to a permanent memorial to Michael Richards, Are You Down?, a bronze recast of an original, large-scale sculpture by Richards, originally displayed during a Fellowship there in 2000.

On the morning of September 11, 2001, Michael Richards was working in his LMCC World Views studio on the 92nd floor of World Trade Center, Tower One, when the first plane struck, taking his life along with the thousands of others who passed away in the tragic events of that day. At the time of his passing, Richards was an emerging artist whose incisive aesthetic—always provocative, at times playful, yet never without a critical bent— held immense promise to make him a leading figure in contemporary art.

In 2018, Oolite Arts created The Michael Richards Award as part of the Ellie’s, designed to celebrate a Miami-Dade artist who has created a recognized body of original, high-quality works of art over a sustained period of time and who, through their practice, is achieving the highest levels of professional distinction in the visual arts. The annual award includes a “no strings attached” stipend of $75,000 over two years, and the opportunity to be commissioned by Oolite Arts to create a work to be exhibited at The Bass.

Recent posthumous exhibition venues of Richards’ art include the Brooklyn Museum (2011), Lower Manhattan Cultural Council’s Arts Center at Governors Island (2016), Francis M. Naumann Fine Art (2017), the Virginia Museum of Fine Arts (2018), the Stanford Art Gallery (2019), and Château Shatto (2020). The Stanford exhibition was also accompanied by a day-long symposium, “Flight, Identity, Diaspora, and Afterlife: A Symposium on the Art of Michael Richards,” which brought together a preeminent group of artists and Stanford scholars to explore and discuss themes Richards addressed throughout his life and artistic practice.

Michael Richards: Are You Down? at MOCA North Miami in 2021, marks Richards’ first museum retrospective and the largest ever exhibition of his body of work.