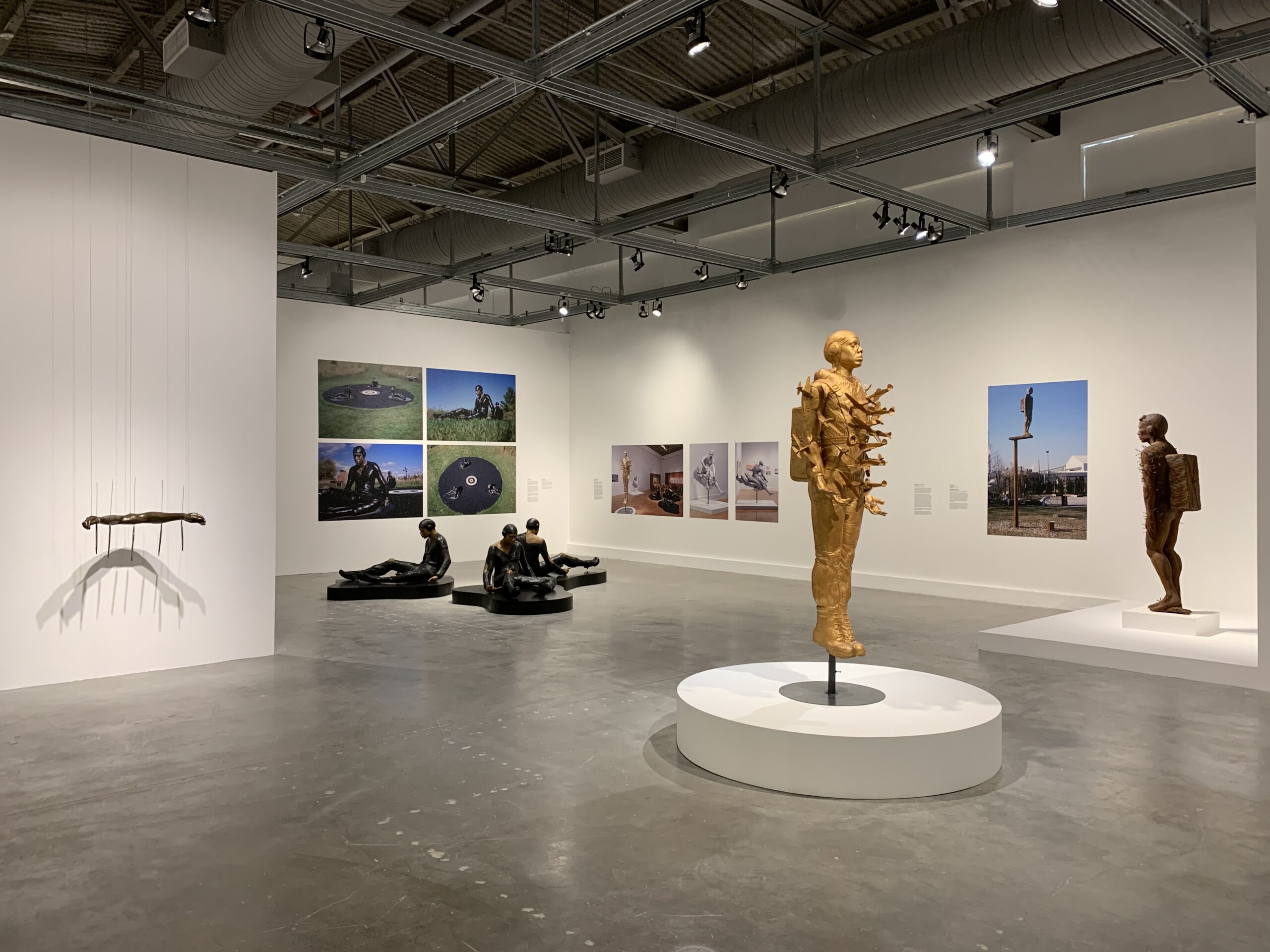 Michael Richards: Are You Down? retrospective installation image, 2021. Photo by Grayson Cox

Join curators Alex Fialho and Melissa Levin for a virtual tour of the first museum retrospective of Michael Richards’ artwork. In talking through the exhibition, Levin and Fialho—collaborators who have been engaged with Richards’ art and legacy since 2016—will provide insight into the process of creating the retrospective, from researching at institutions that supported Richards during his lifetime to numerous conversations with Richards’ friends and colleagues in New York, Miami and beyond. The retrospective curators will highlight Richards’ virtuosic sculpture and drawing practice and incisive thinking, as well as the recurring imagery, themes, and materials that Richards engaged throughout his body of work. Though Richards’ art is certainly of its time in the 1990s, it simultaneously speaks poetically and provocatively to our contemporary moment. In particular, Richards’ artistic engagement with anti-Blackness, masculinity, diaspora, spirituality, police brutality, and fallen monuments is especially urgent and pressing today.

Born in Brooklyn in 1963, and raised in Kingston, Jamaica, Richards came of age between post-independence Jamaica and post-civil rights era America. Richards used the language of metaphor to investigate racial inequity and the tension between assimilation and exclusion in his art. His artwork gestures towards both repression and reprieve from social injustices, and the simultaneous possibilities of uplift and downfall, often in the context of the historic and ongoing oppression of Black people.

Tragically, Michael Richards passed away on 9/11 while working in his Lower Manhattan Cultural Council World Views studio on the 92nd floor of World Trade Center Tower One. At age 38, Richards was an emerging artist whose incisive aesthetic held immense promise to make him a leading figure in contemporary art. On view through October 2021, this retrospective also marks the 20th anniversary of 9/11 with the largest ever exhibition of Richards’ work.

Michael Rolando Richards (1963–2001) was born in Brooklyn, New York and raised in Kingston, Jamaica. Richards moved back to the United States to attend Queens College, where he earned a BA in 1985. He received an MA from New York University in 1991, and attended the Whitney Independent Study Program from 1992–93. During his lifetime, Richards won several competitive awards including a 1995 Art Matters Individual Artist Grant, and participated in esteemed artist residencies at institutions such as the Studio Museum in Harlem and the Bronx Museum of the Arts. Richards had a solo exhibition at Ambrosino Gallery in North Miami in 2000, and was featured in group exhibitions nationally and internationally at the Corcoran Gallery of Art, Washington, D.C.; The Studio Museum in Harlem, New York, NY; Miami Art Museum, Miami, FL; and Debeyard Museum, Amsterdam, The Netherlands, among others throughout his career. Richards’ artwork is held in museum collections including The Studio Museum in Harlem, NY; the Brooklyn Museum, NY; the Virginia Museum of Fine Art, Richmond, VA; and the Pérez Art Museum Miami, FL. Franconia Sculpture Park, near Minneapolis, MN, is home to a permanent memorial to Michael Richards—Are You Down?—a bronze recast of an original, large-scale sculpture by Richards, originally displayed during a Fellowship there in 2000.

Alex Fialho is an art historian, curator and graduate student in Yale University’s Combined PhD program in the History of Art and African American Studies. Fialho is a contributor to Artforum, and previously worked for five years as Programs Director of the New York-based arts non-profit Visual AIDS. Fialho’s writing has been published in exhibition catalogs for the Whitney Museum of American Art, the Studio Museum in Harlem, Socrates Sculpture Park and the Andy Warhol Museum, among others.

Melissa Levin is an arts administrator and curator with nearly 20 years of experience. For more than 12 years, Levin worked at Lower Manhattan Cultural Council as Vice President of Cultural Programs where her role encompassed wide-ranging institutional and artistic leadership, including overseeing LMCC’s artist residencies, exhibitions, and public programming. Recently, Levin was Vice President of Artists, Estates, and Foundations at Art Agency, Partners for three years. She currently serves on the boards of the Alliance of Artists Communities and Danspace Project.