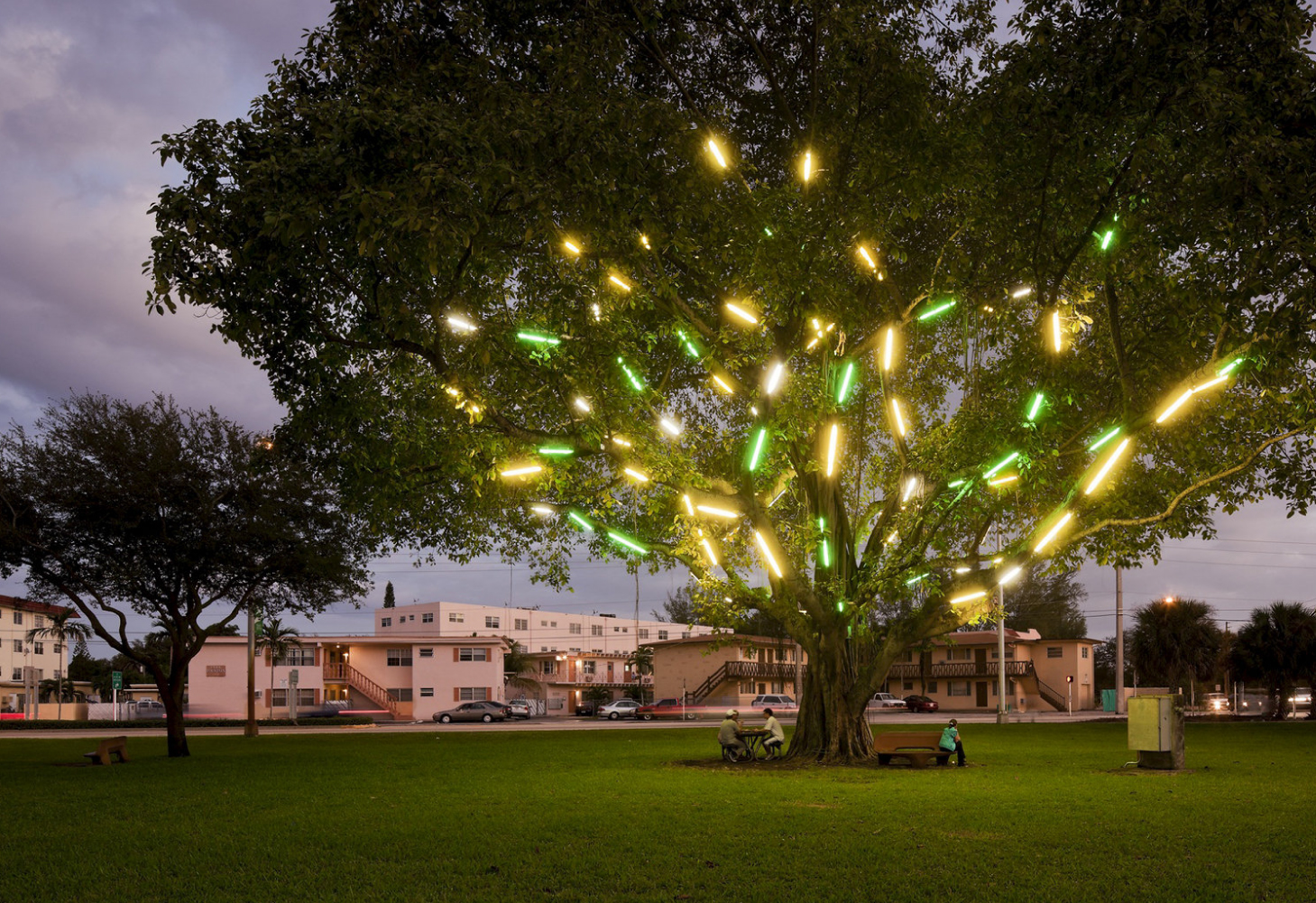 Join artists Mark Handforth and Adler Guerrier in a conversation about their art practice in the public realm. As artists who recently accomplished public art projects in North Miami, they will discuss their method of bringing a public art project to life. The conversation will take us through all the major steps of the process, from conceptual ideas to development and to working with curators, museums, and governmental agencies. Moderated by Dejha Carrington, she will drive the artists elaborate about their past, present, future projects and their process.

Adler Guerrier was born in Port-au-Prince, Haiti, and currently resides and works in Miami, FL, where he received a BFA at the New World School of the Arts. Guerrier recently had a solo exhibition at Perez Art Museum Miami, Miami, FL. He has exhibited work at Vizcaya Museum and Gardens, Miami, FL; The Bass Museum of Art, Miami, FL; Harn Musem of Art, Gainesville, FL; and The Whitney Biennial 2008. His works can be found in public collections, including the Museum of Contemporary Art, North Miami, and the Studio Museum in Harlem, NY. His work has appeared in Art Forum, Art in America, The New York Times, and ARTNews.

Dejha Carrington is the Vice President of External Relations & Communications of National YoungArts Foundation, a national organization that empowers artists to pursue a life in the arts. Carrington Also co-founded Commissioner, a membership program dedicated to helping everyday people build their art collection with local artists.

In addition to her leadership roles, Carrington has consulted for arts and cultural, social profits, private collections, cities, and global social responsibility initiatives, including the William John Kennedy Collection with The Warhol museum, the Renzo Piano Pavilion at Kimbell Art Museum, and the Medellin Biennial in Colombia. In 2015, Dejha co-created the public art installation NEWT: Experiments in Light, Color & Sound; and is a founding partner of FADE TO BLACK, one of the first and most celebrated platforms for artists of color during Art Basel Miami Beach week. A recognized media source and speaker on communications, arts advocacy, and cultural programming, Dejha was born and raised in Montreal. She is fluent in French and English and calls Miami her home.

Mark Handforth was born in Hong Kong in 1969 and grew up in England. He lives and works in Miami. Based in Miami for over 20 years, Mark Handforth is profoundly tied to the legacy of the 20th-century American avant-garde. He freely makes use of a formal vocabulary borrowed from Ready-Made, Minimalist, or Pop Art, which he confronts with an iconography often derived from the urban environment.

He graduated from the Academy of Fine Art in Frankfurt and the Slade School of Fine Art in London. He is internationally acclaimed for his installations in the public spaces. His large-scale sculptures have been displayed in Central Park in New York, the Dallas Museum of Art, and the MCA in Chicago, and during the FIAC offsite event in Paris. Mark Handforth has also received public commissions from the cities of Paris (Porte de Bagnolet) and Zurich (Tessinerplatz).