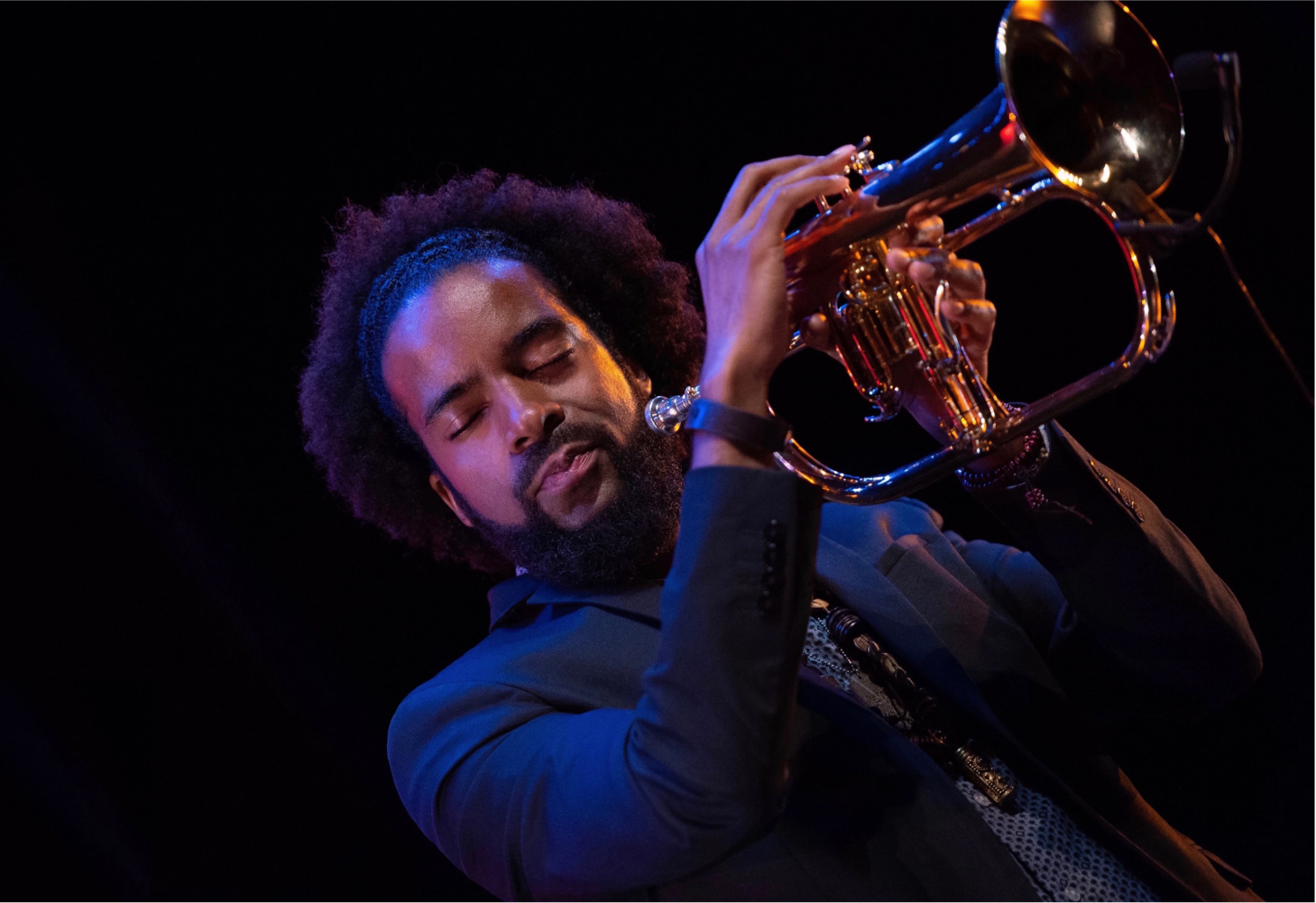 Join trumpeter Jean Caze and his quintet for a unique style jazz that provides his audience with a musical experience unlike any, in jazz past or present. Tune into WDNA on your radio or online at WDNA.org on the last Friday of each month from 7:00 to 8:00PM for the best in new jazz sounds for the new year with your host Carter Jackson-Brown and special guests broadcasting live from the WDNA Jazz Gallery. Each month features the best of South Florida’s innovative jazz musicians.

The ever worldly and charming Jean Caze has emerged as one of today’s most beautiful new voices in jazz. Jean’s experience includes having performed with stellat legendary artist such as Herbie Hancock, Aretha Franklin, Michael Bublé, Mariah Carey, Al Jarreau, Roy Hargrove, Arturo Sandoval and George Duke just to name a few. A millennial jazz and world music artist, trumpeter Jean Caze is the definition of true global artist.

Growing up in Queens, New York, Haitian-American Jean Caze began playing the trumpet at age nine and says, “It took three days to get any sound at all out of it”. He went on to be awarded numerous scholarships while attending some of the country’s top musical institutions, including the Julliard MAP (Music Advancement Program) where he received his first formal training and the Queens College CPSM (Center for Preparatory Studies in Music) program.

Jean’s diverse musical abilities continued to win him numerous awards and recognition, including a free trumpet from VH1’s Save the Music program while in Junior High School, and then a chance to perform with the elite Grammy High School Jazz Band during the 2000 Grammy Awards ceremony. In his senior year, Caze made his debut on national television, performing with the legendary rock group “Chicago” live on NBC from Rockefeller Center.