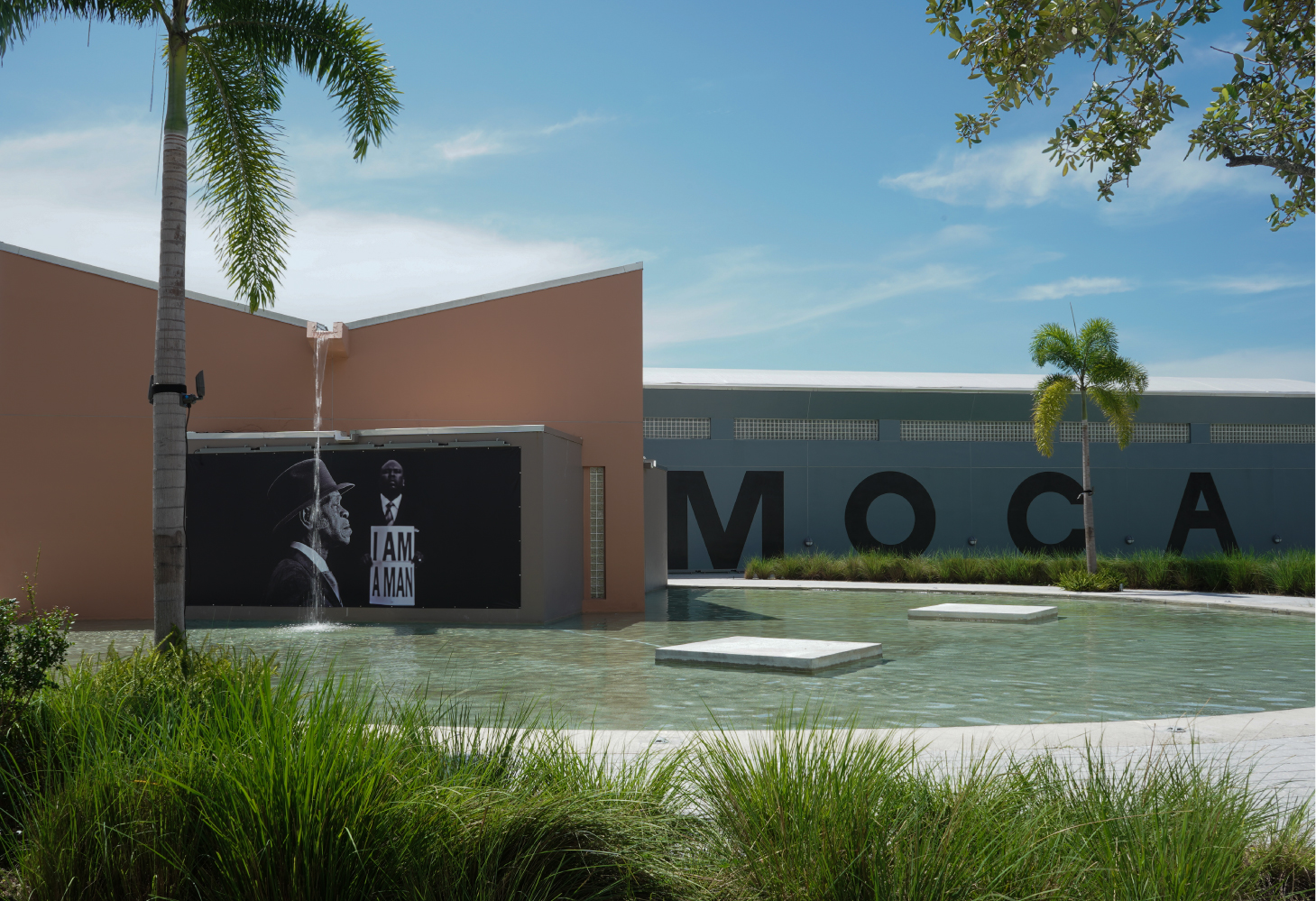 Join award winning, Miami Herald photographer Carl Juste and Pulitzer Prize winning journalist Leonard Pitts, Jr. for a conversation about the newly installed public artwork by Carl Juste on MOCA Plaza “I am a Man.” In 2008, while working on a newspaper story with Pitts, Juste created this photograph of Memphis sanitation worker Elmore Nickelberry and his son Terence, who is holding a placard that reads “I Am A Man”. These signs became emblematic of Black Americans’ struggles after they were carried during the Memphis Sanitation Workers’ Strike in 1968. Commenting on his portrait of the elder Nickelberry, Juste has said, “I just wanted to capture that dignity that was often deprived him.”

Carl Juste has been a photojournalist for the Miami Herald since 1991. Juste was born into a politically active family in Haiti. After being forced to leave their homeland in 1965 for political reasons, they eventually settled in Miami’s Haitian community. In addition to photographing for the Miami Herald, Juste cofounded Iris PhotoCollective (IPC). IPC’s members are photojournalists of color who document people of color’s relationship to the world. In 2019 Juste opened the IPC Art Space in Little Haiti. He is currently producing a book and exhibit titled Havana, Haiti: Two Cultures, One Community consisting of photographs and text that explore the bonds between Cuba and Haiti.

Leonard Pitts was born and raised in Southern California. He was awarded a degree in English from the University of Southern California at the age of 19, having entered school at 15 on a special honors program. Since 1995, he and his wife have lived in Bowie, Maryland, a suburb of Washington D.C. Pitts’ work has made him an in-demand lecturer. He maintains a rigorous speaking schedule that has taken him to colleges, civic groups and professional associations all over the country. He has also taught at a number of institutions of higher learning, including Hampton University, Ohio University, the University of Maryland, and Virginia Commonwealth University. In the fall of 2011, he was a visiting professor at Princeton, teaching a course in writing about race.

Donnamarie Baptiste is a Producer, Programmer and Curator of Art & Culture who has worked with art fairs, galleries, artists, arts organizations and brands to produce exhibitions, site-responsive events, and experiences that connect audiences nationally and internationally.

Born in Trinidad & Tobago to musician parents, she has spent most of her life between Florida, New York City and the USVI. After studying Humanities in the Caribbean, she moved to Miami, and subsequently to New York City. Currently she is based in Miami providing arts & culture management consulting to creative national and international clients while supporting the local art community as a board member of Oolite Arts.