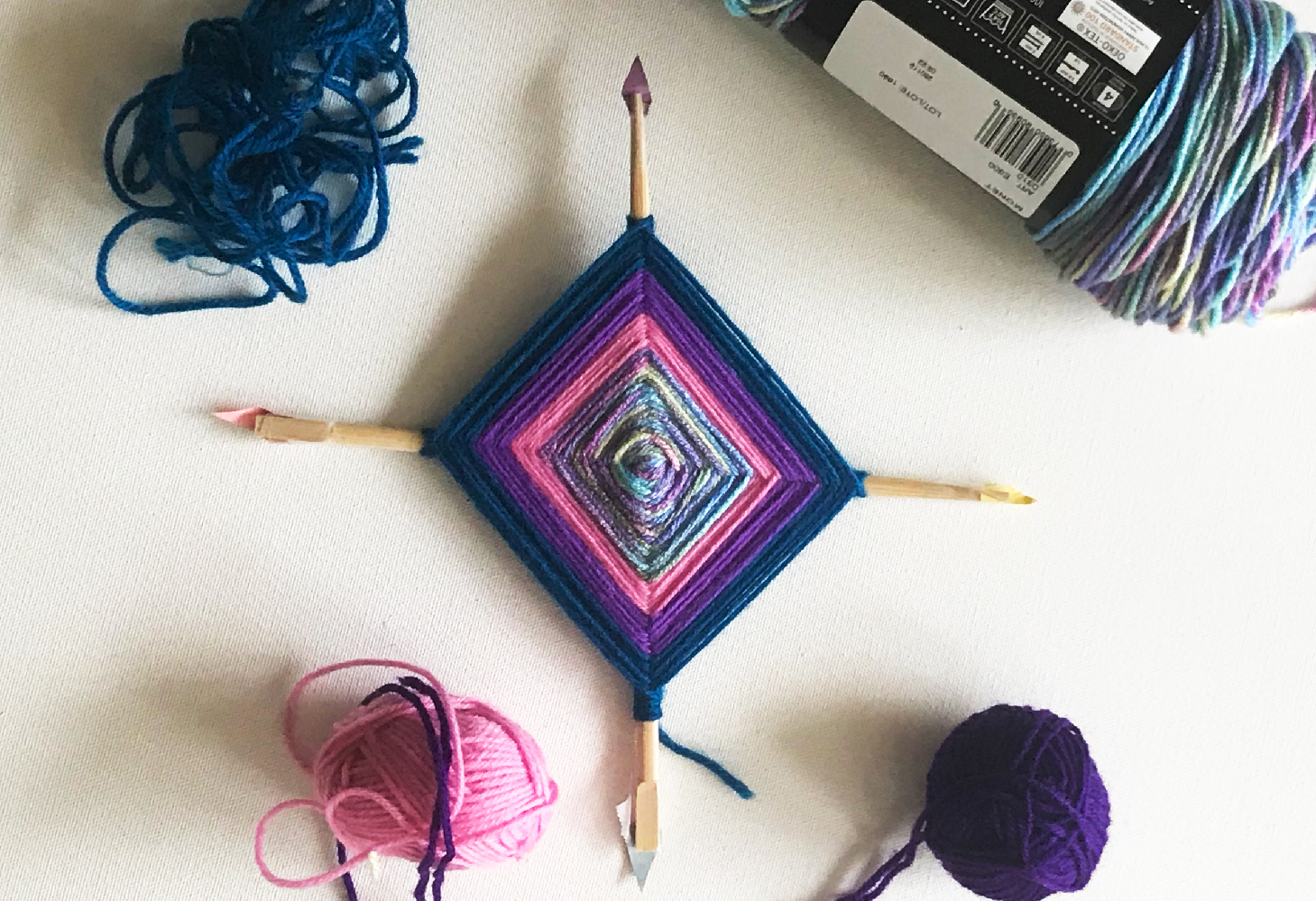 For this project, I’m once again pulling inspiration from my Mexican heritage to share with you. We’ll be learning all about the nieli’ka or nierika also known as God’s Eye weaving, then making our own with two sticks or two straws, scissors and yarn.

There are many different types of weaving throughout the world. If you’d like to read a great book about weaving and Mayan history, I recommend the book called “Rainbow Weaver: Tejedora del arcoiris” by Linda Elovitz Marshall and Elisa Chavarri. I read this book for the first time in our Sunday Stories program at MOCA, and all the little ones loved it. 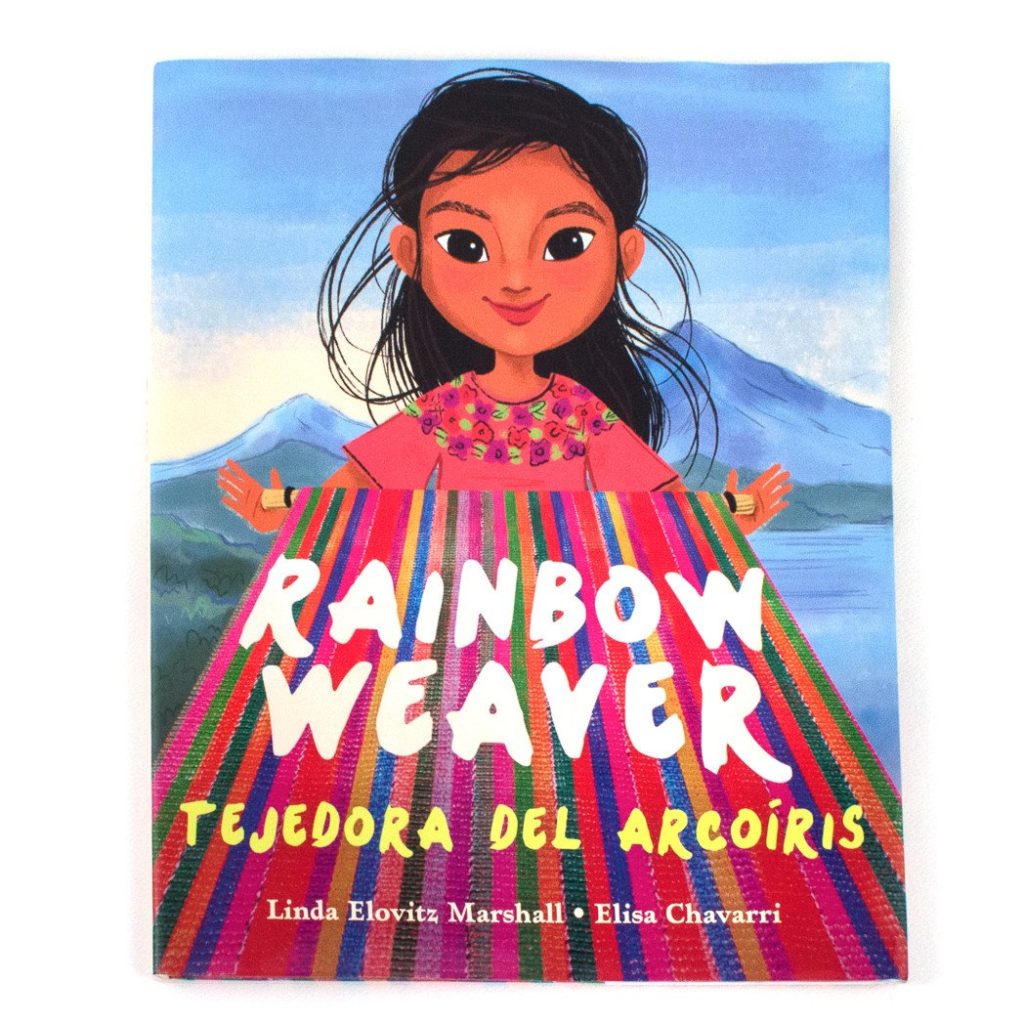 This style of weaving is from the indeginous tribe in Mexico that live mainly near the Sierra Madre Occidental mountain range. The Huichol, or the Wixáritari, which literally means “The People.” believe that all things are descended from the Sun God, “Tao Jreeku.” These types of weavings were traditionally used as ceremonial or sacred objects. As we weave today, think to yourself what kinds of stories you’re weaving into your work. 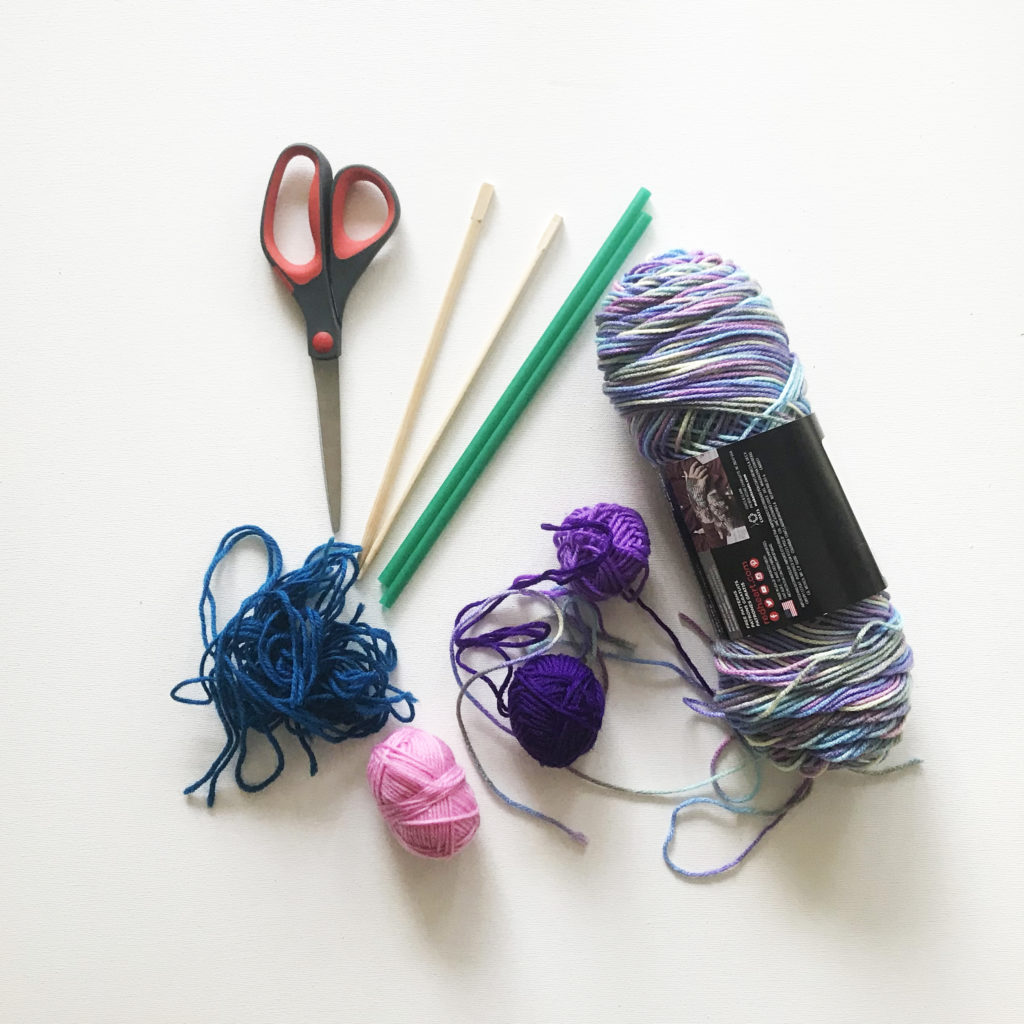 Two Sticks (or two straws)
Scissors
Yarn (or you can tear up strips of plastic bags or t-shirts!)

I had some chopsticks left over from take out, however if you don’t have sticks you can always use two straws, just know they may be very flexible and bend a bit when you’re weaving. 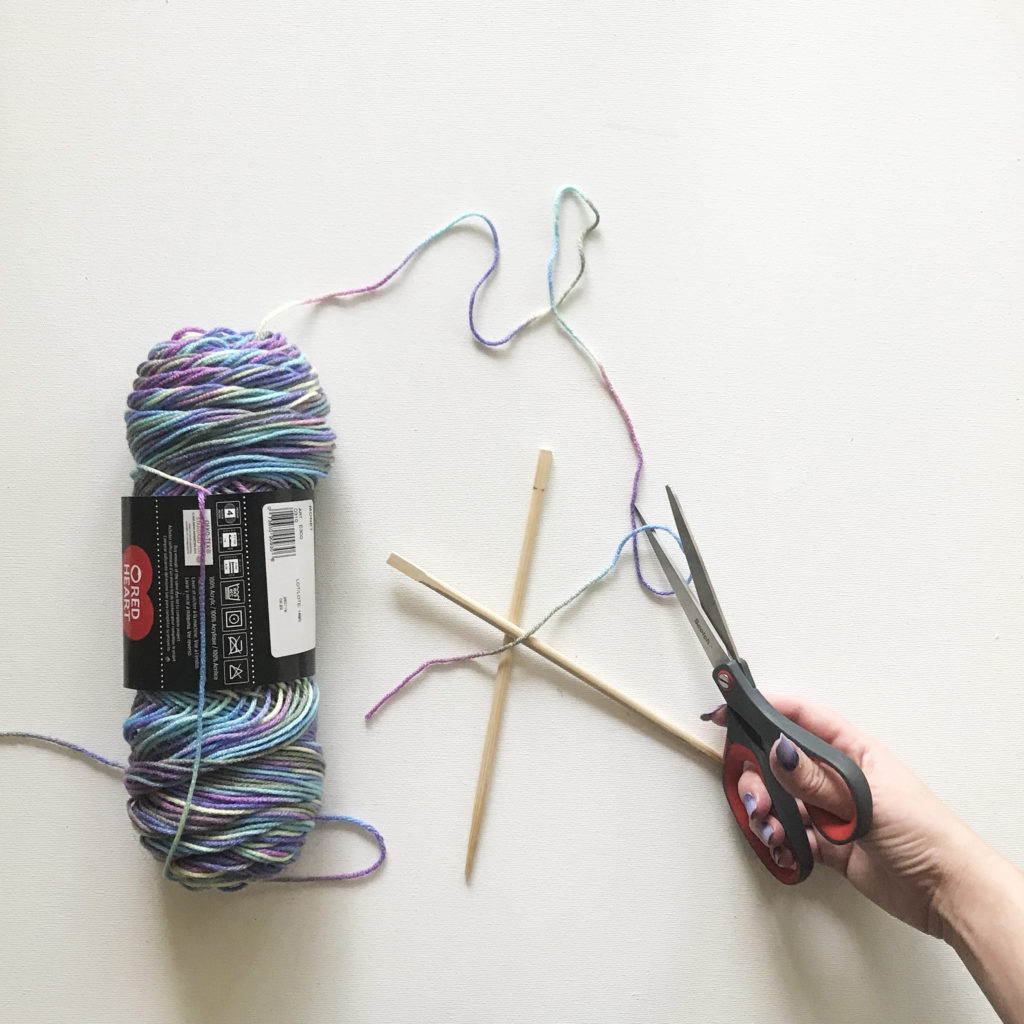 First, tie the two sticks together as a cross. I custom string off from the skein of yarn to do this. In order to keep them steady, I like to tie first on one side of the cross then on the other as shown. 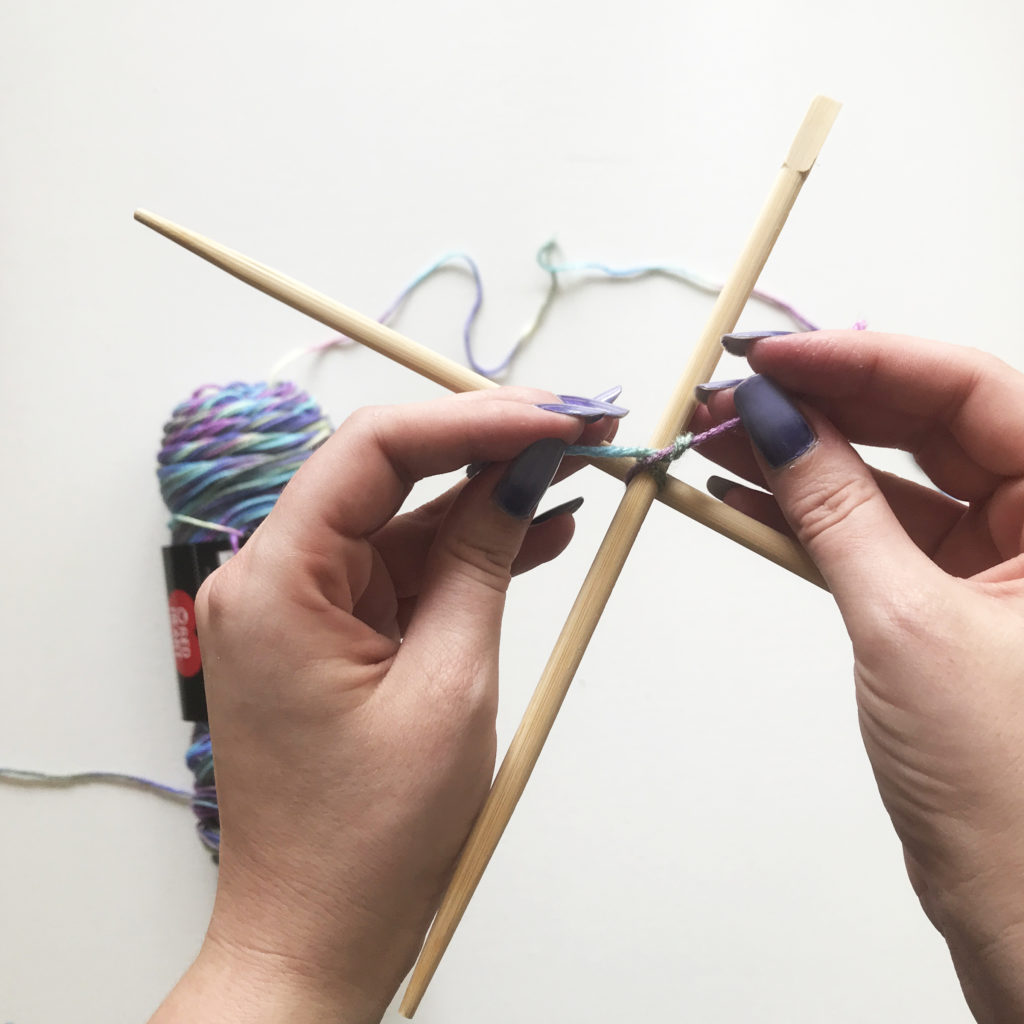 In order to keep the following steps simple, I also added a different color to each stick so we can follow along. Tie a fresh piece of string to the center of your cross. 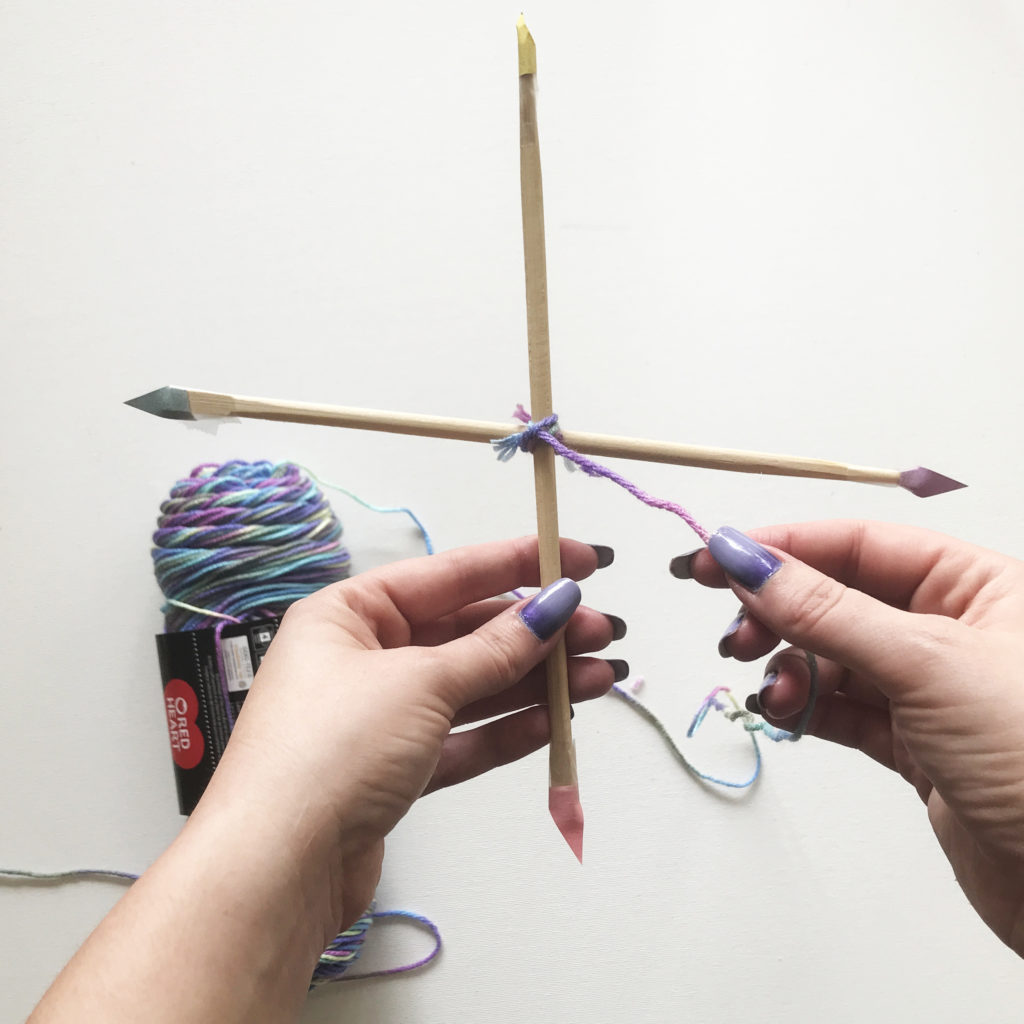 Then, you’re going to follow these steps: Under, loop over, then under the next stick. 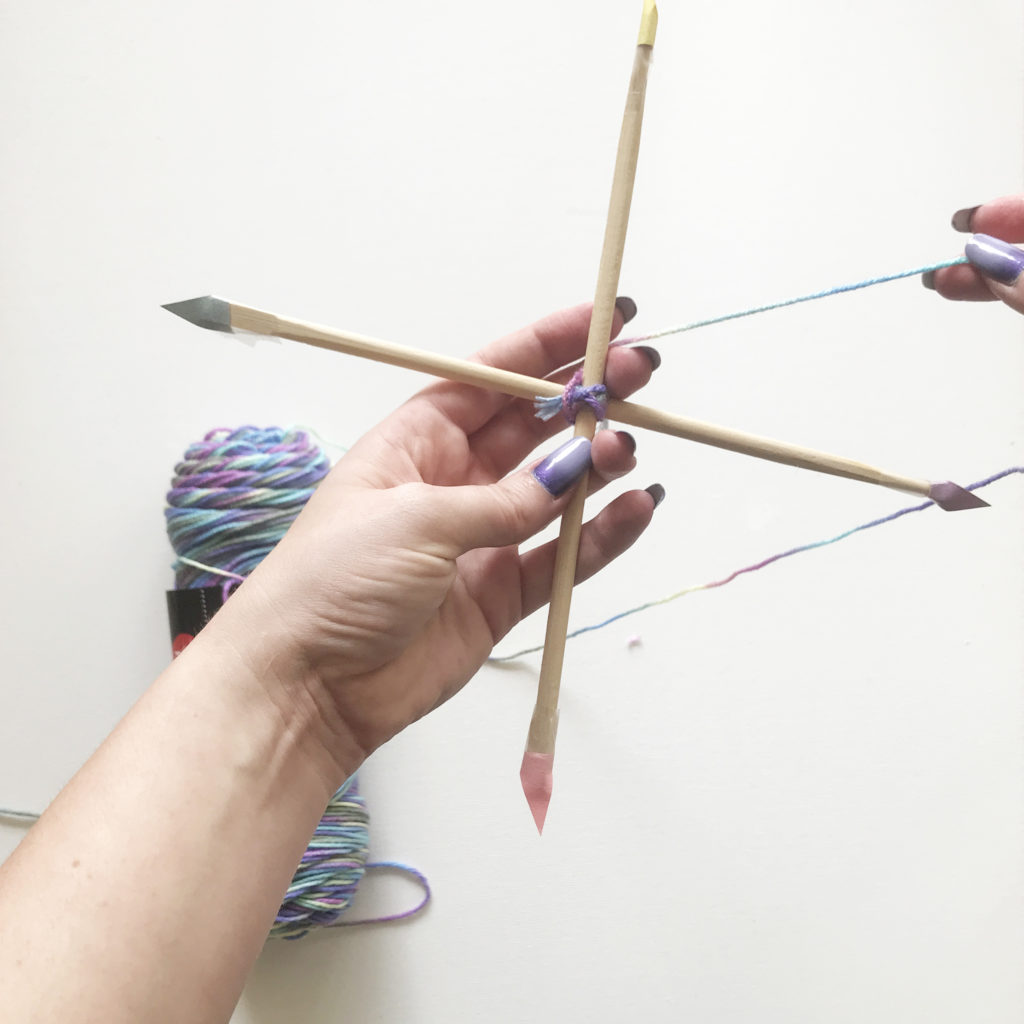 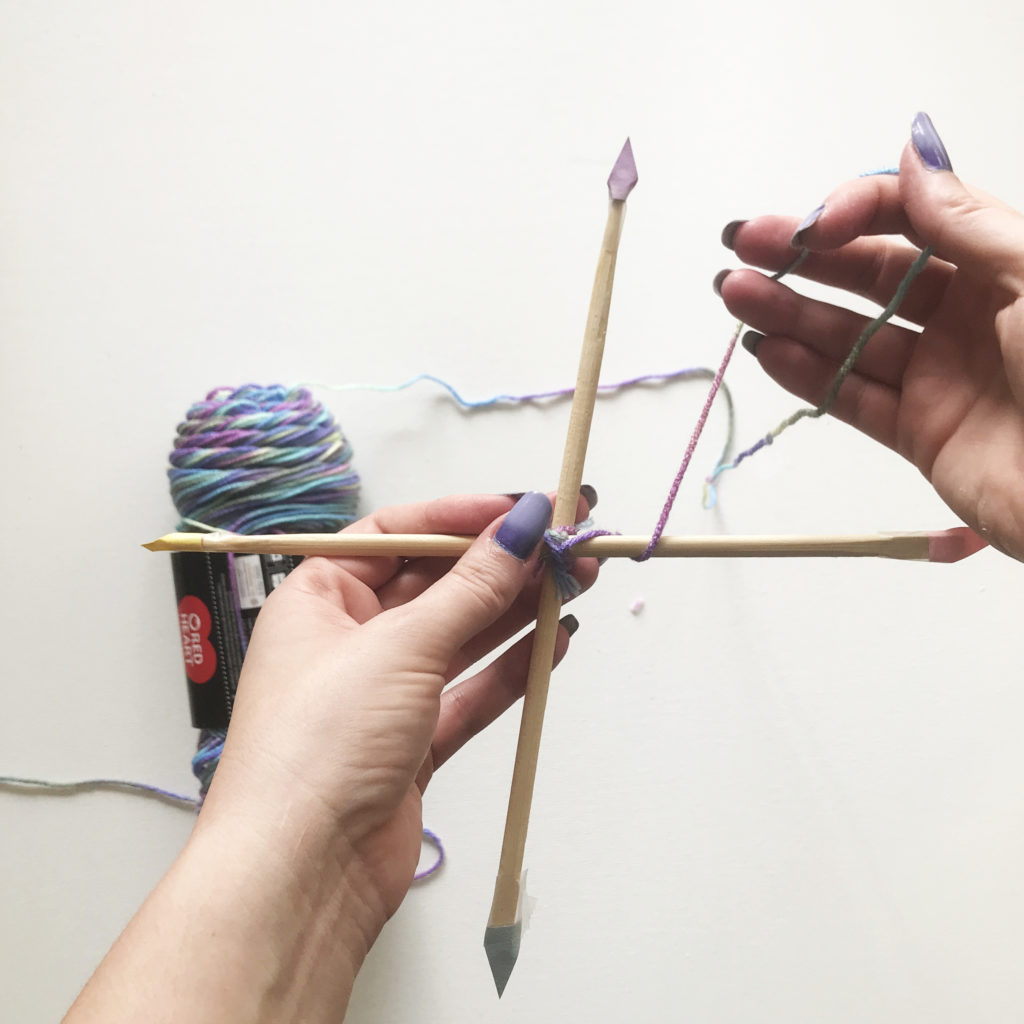 Continue to loop under, over, then under the next as you make your way around the cross. 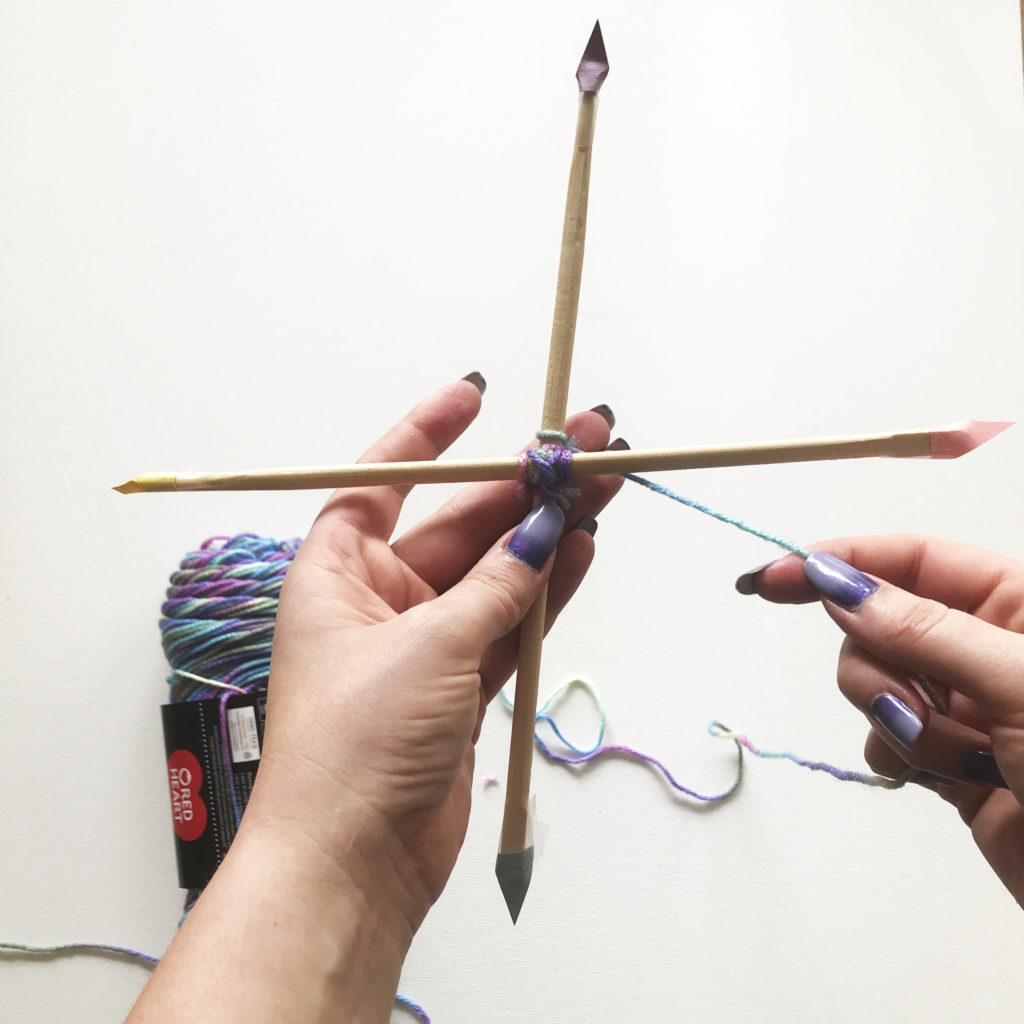 I made this little video below to showcase this technique.

I continued this pattern until I was satisfied with the amount of colors, then I wanted to change the yarn color. 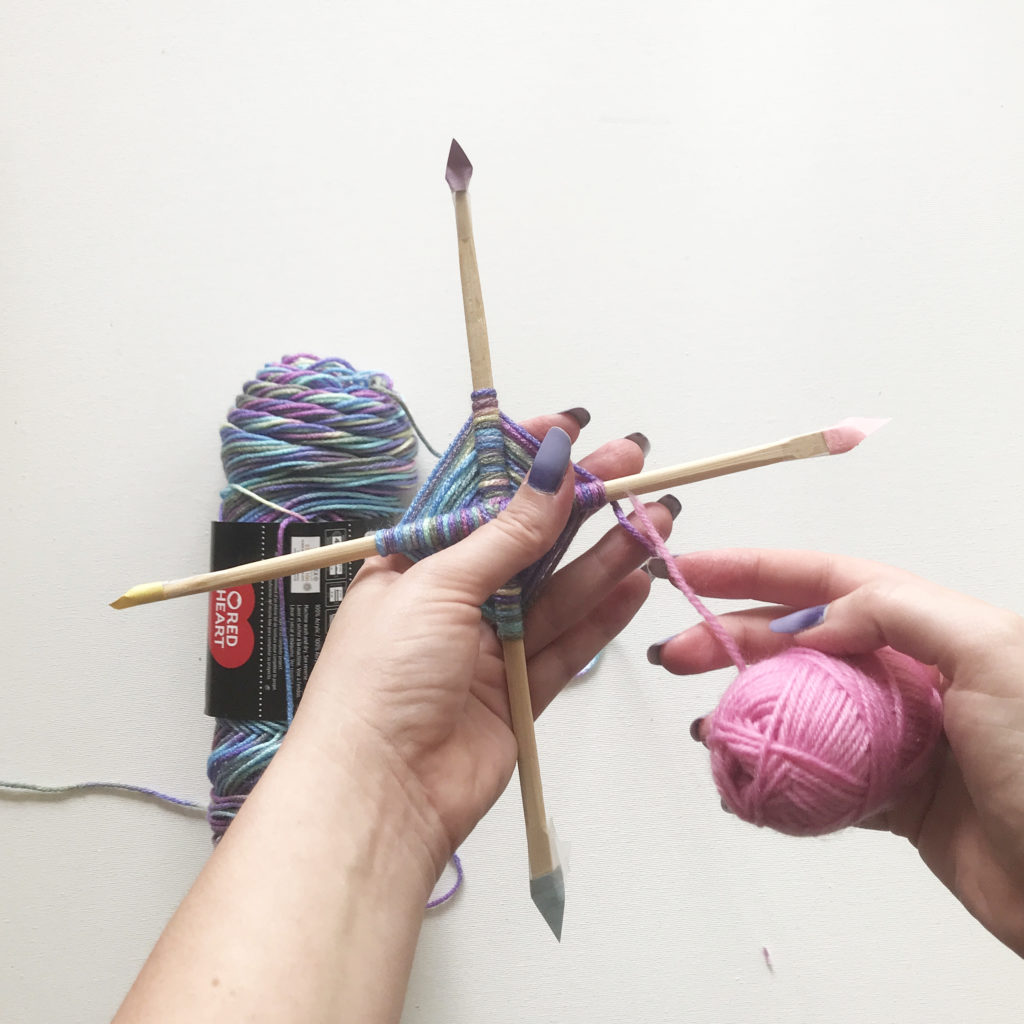 To do this, I just tied the two ends of the yarn together with a double knot. 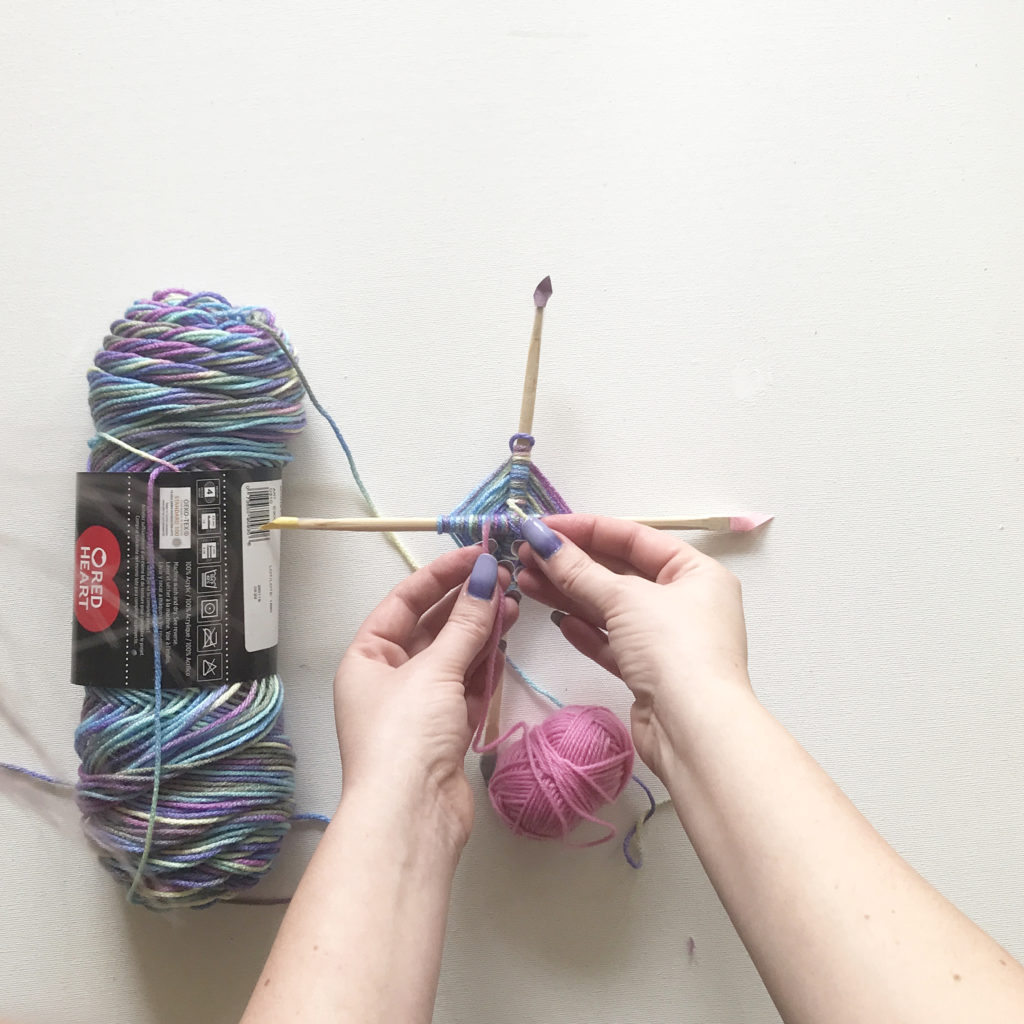 Then I continued the pattern of under, looped over, and then under the next stick. I made sure that the knot I made is visible to me, because we’re actually looking at the “under side” of the nierika. 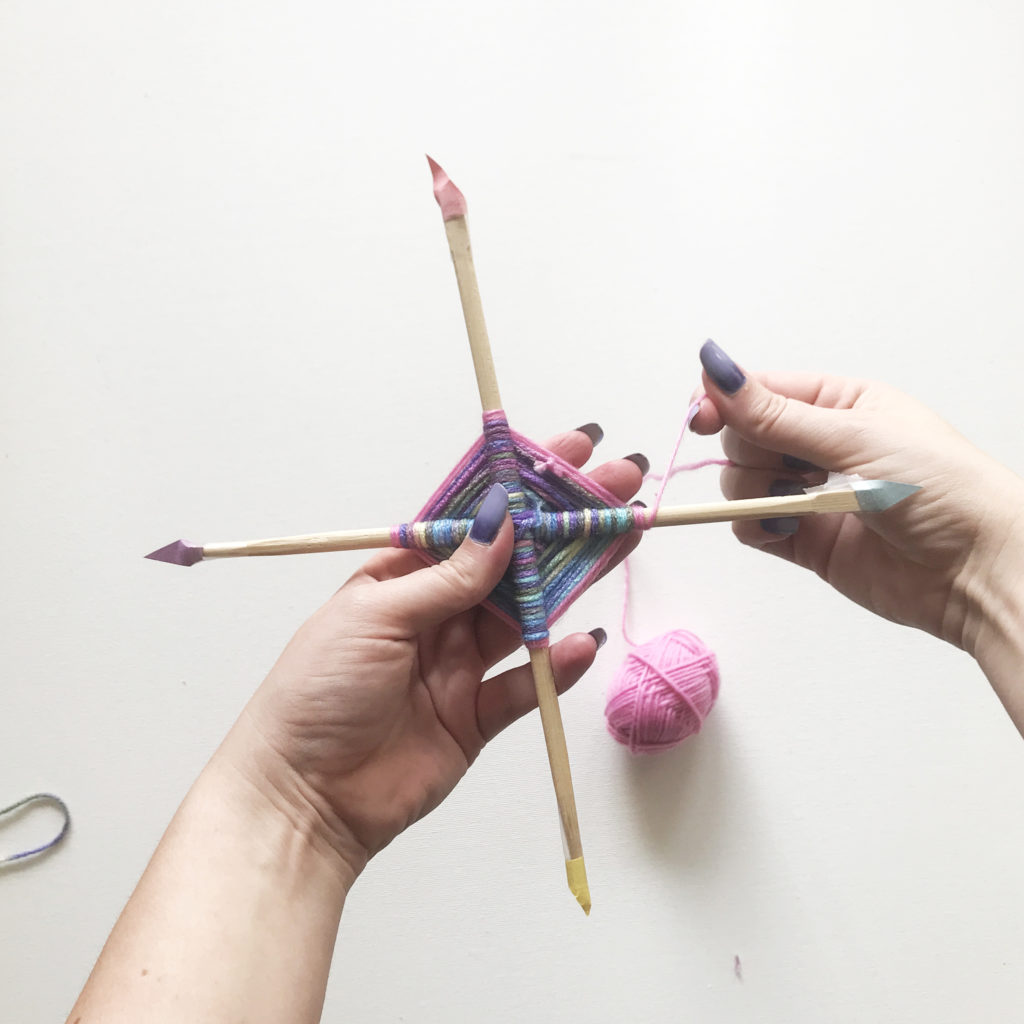 I decided to change the color of yarn again to purple, and continued with my weaving, then one last color change to teal. 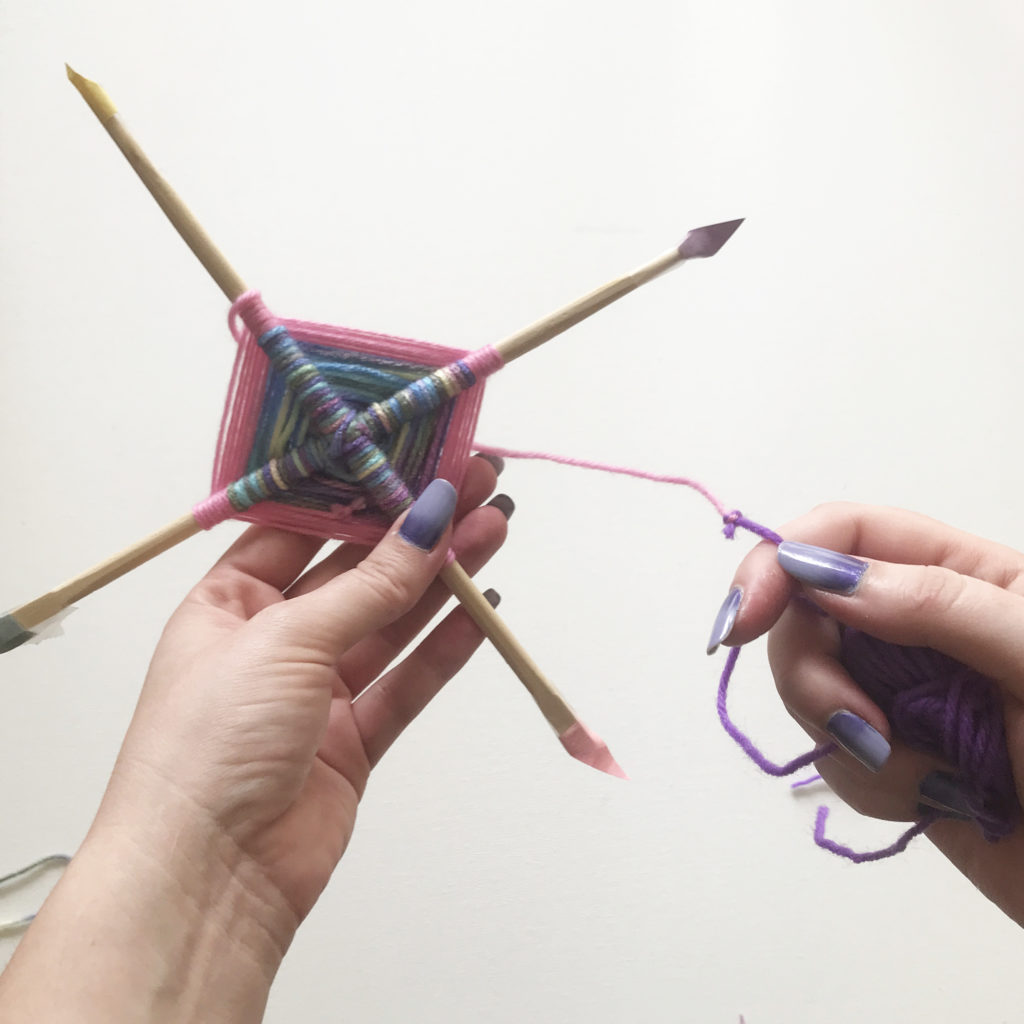 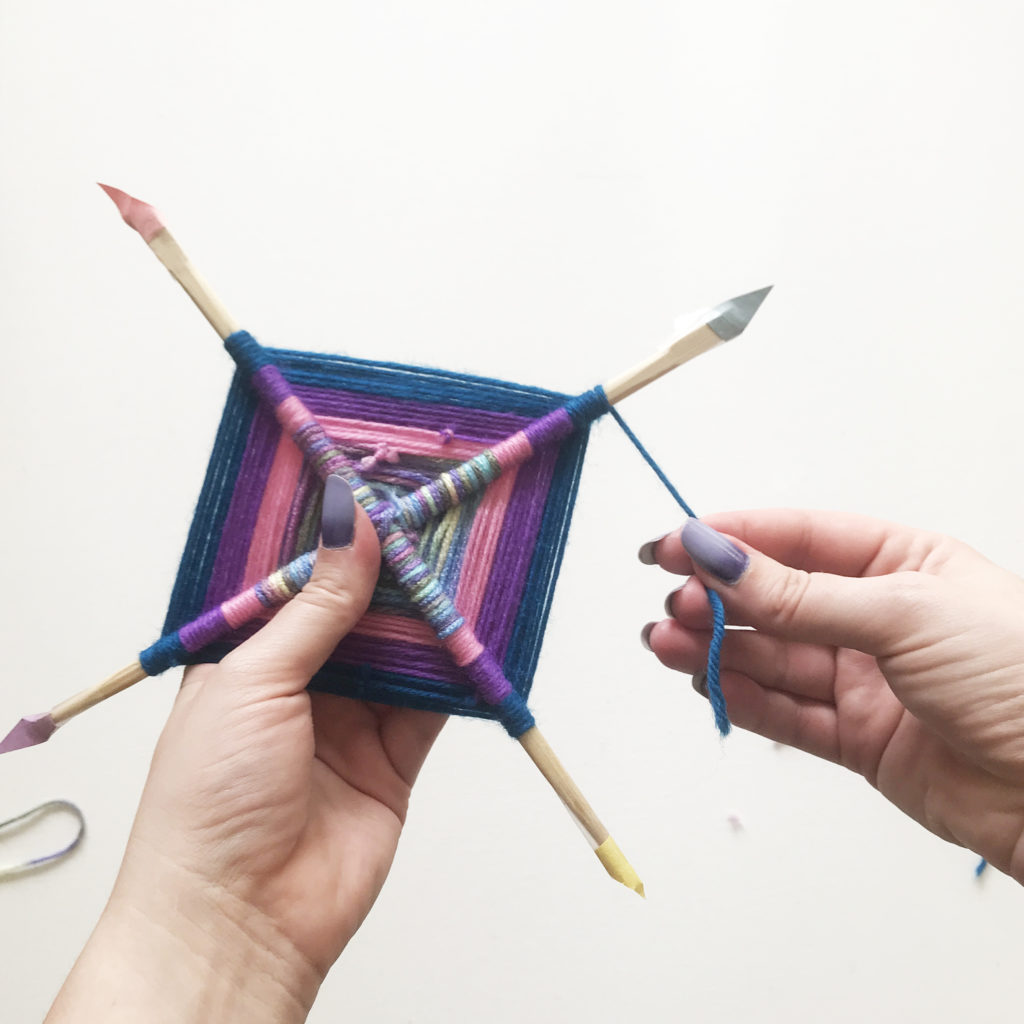 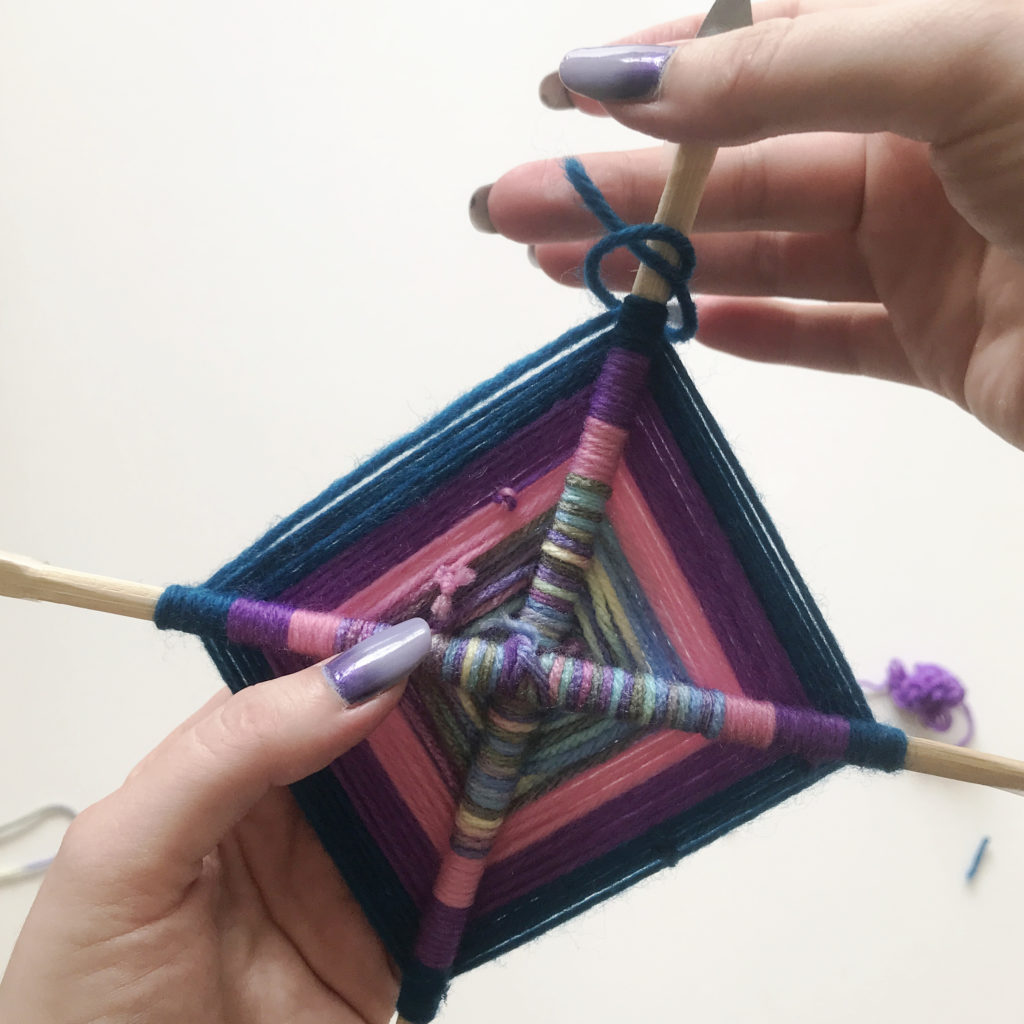 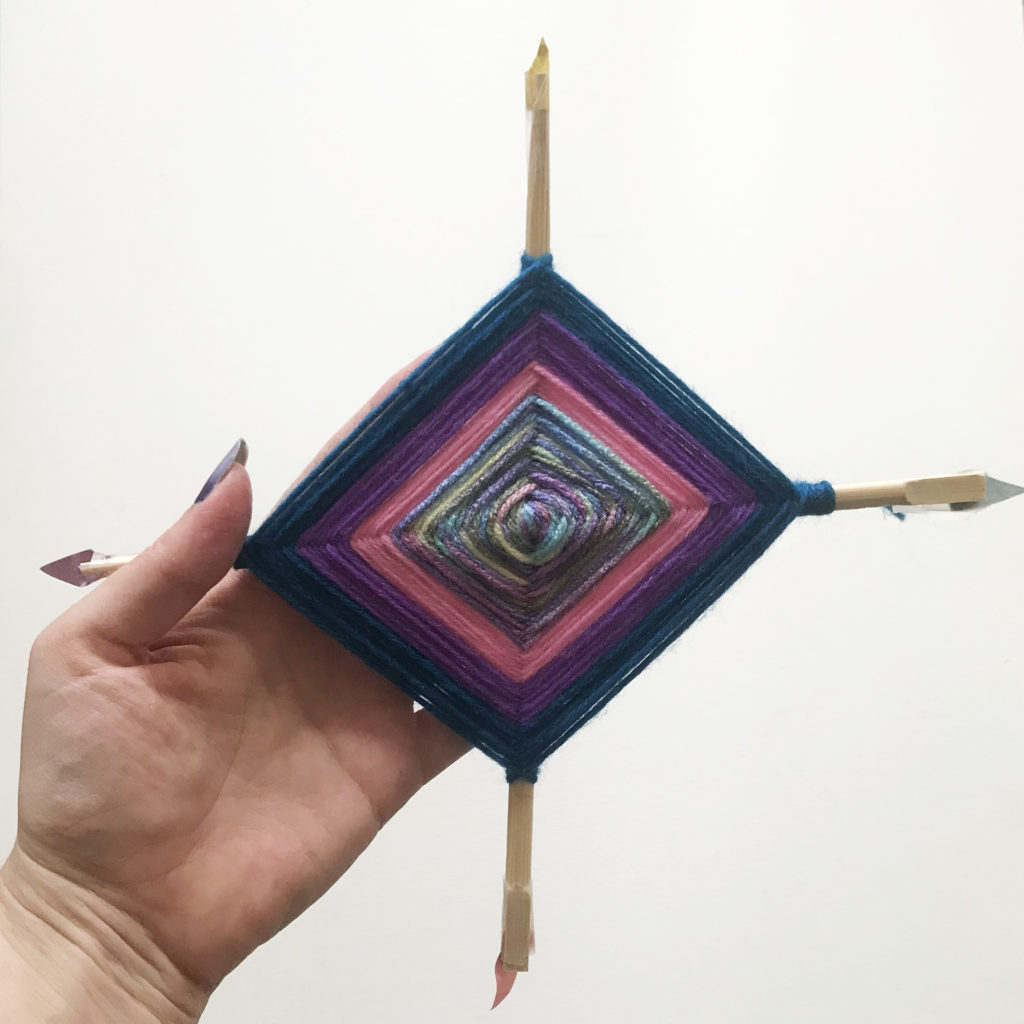 What colors did you use? Share your final nierika with us by tagging @mocanomi and using the hashtag #MOCAFunFridays