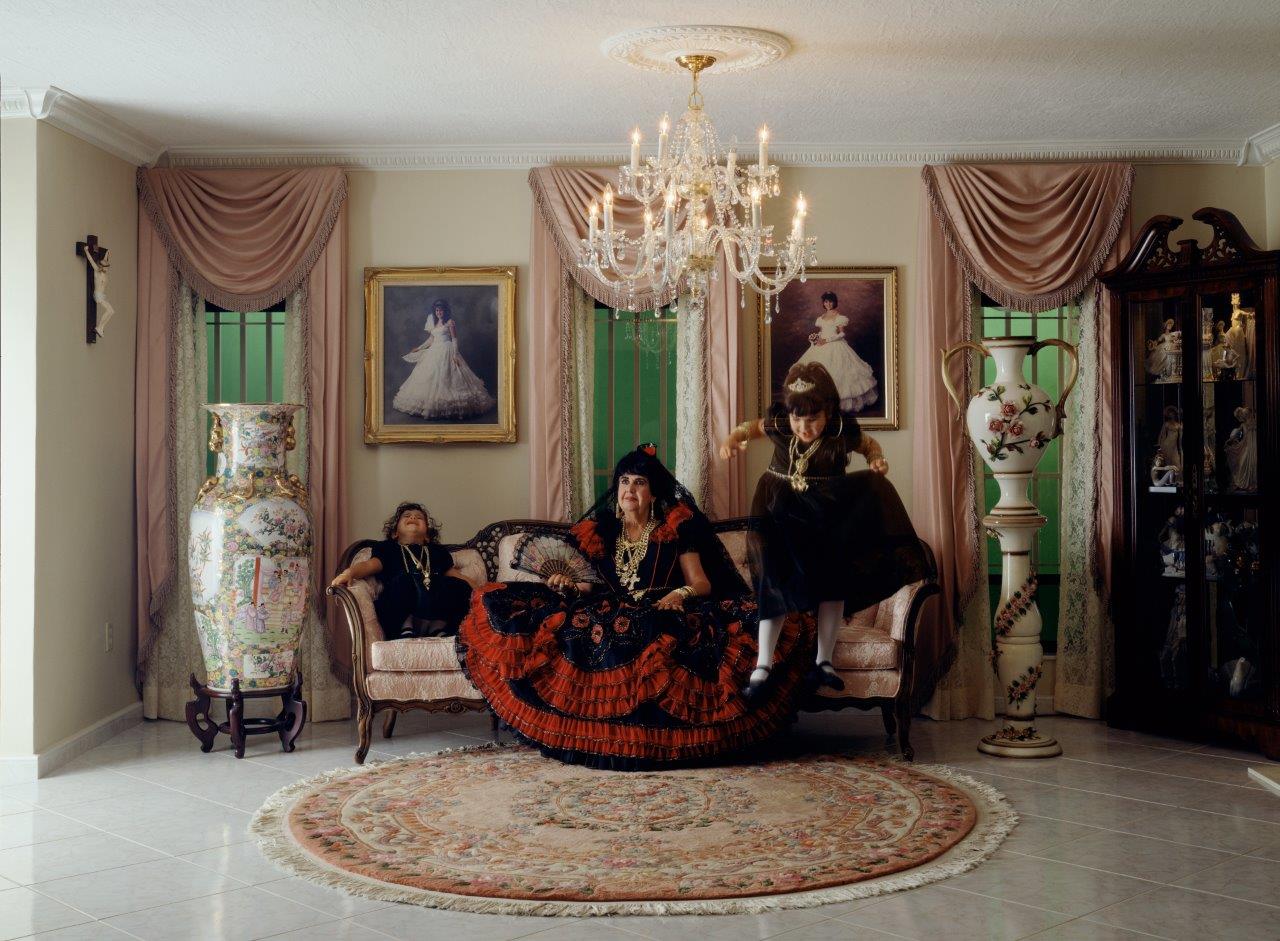 At first glance, Untitled (Living Room) appears to be a large photographic portrait of two boisterous children and an older woman dressed for a special occasion in a living room that is usually kept for “best.” Closer examination reveals that the woman on the sofa is able to maintain her poise because the two children did not inhabit this space with her when the image was photographed. Like the two young women in the framed photographs on the walls, the images of the children have been integrated into the space using photographic technology. Looking closely at the jumping girl, you can see the edge of one of the gilded picture frames through her arm.

Untitled (Living Room) is part of Luis Gispert’s Urban Myths series which features the artist’s family and friends in various tableaux, set in their own domestic spaces, enacting narratives that are meaningful to the artist. The series also preserves a passing moment as Gispert’s family, who are immigrants to the United States from Cuba, increasingly assimilate to the culture of their new country. The works’ compositions are loosely based on allegorical Baroque paintings. In this case, Gispert has photographed his grandmother majestically costumed as an eighteenth-century Spanish maja, as if being painted by Goya. Gispert disrupts this peaceful image by digitally adding two members of the younger generation who amusingly do not treat this special moment, or the highly formal domestic space in which it is occurring, with the reverence that one might expect.