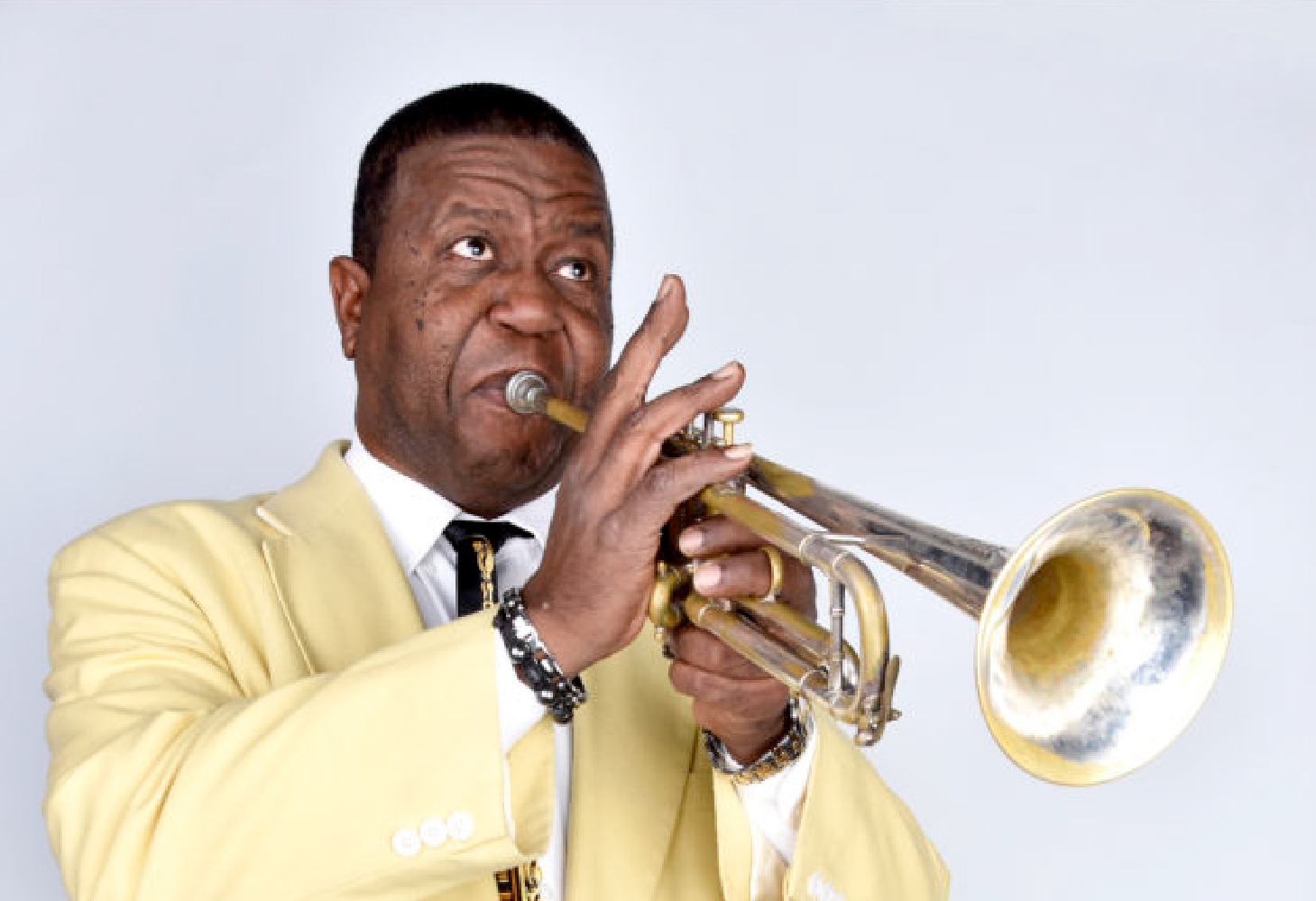 Troy Anderson got his first taste for music while growing up in a Bahamian family filled with musicians. At the age of 10, he began playing the trumpet and went on to perform in the Florida Sunshine Band and the Gospel Sounds before being introduced to the world of the drum and bugle corps in school. A later stint with the Florida Vanguards taught him how to be an effective lead soprano soloist while performing in front of thousands of screaming fans. Subsequent tours with the famous Bayonne Bridgemen Drum & Bugle Corps helped hone his showmanship skills.

Anderson first fell in love with the music of Louis “Satchmo” Armstrong while playing with the 2nd AD (Fwd) Jazz Band in Germany where he was stationed as a paratrooper. Following one such performance for some high-ranking officials, the Command Sergeant Major of the U.S Army asked Anderson to put together a show of nothing but Armstrong’s greatest hits. Anderson was known throughout Germany for playing like Satchmo, but singing like him was a different story. Practice, however, made perfect and he soon managed to replicate Armstrong’s trademark growl with stirring accuracy.

After a horrific accident sidelined Anderson’s career as a musician — he was told by doctors he would never be able to play trumpet again — he miraculously recovered to form the Wonderful World Tribute Band with the guidance of South Florida’s Gold Coast Jazz Society Series” Who was Louis Armstrong” teaching elements of Jazz to elementary students through which he’s brought the legendary music of Louis Armstrong to life.  Anderson and his (U.S) Wonderful World Band has made a significant mark of  New Orleans flare to the South Florida area and is currently residing in Germany and touring the E.U with his Wonderful World Trio which is based out of Budapest Hungary.  Anderson’s Armstrong is too natural to be called uncanny. Starting out with the look, he slips easily into the rest — the dinner jacket, the trumpet and hanky, the roly-poly voice, and above all, the contagious the joie de vivre that made Armstrong so beloved.