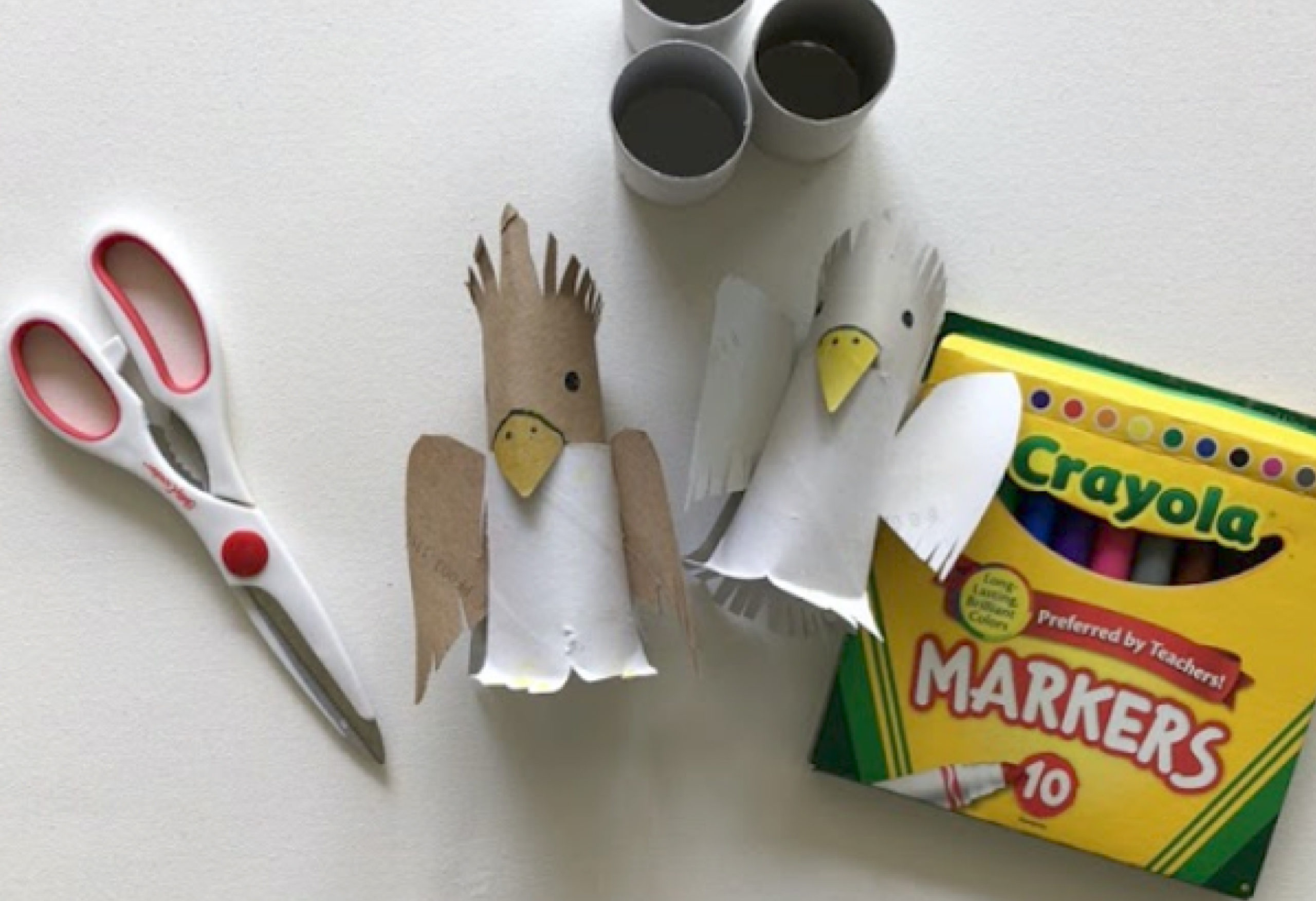 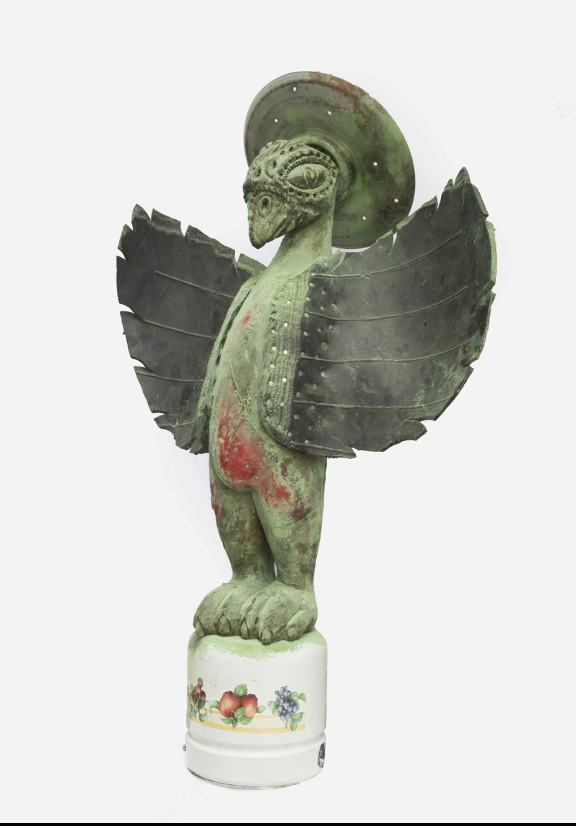 For this Earth Day project, we’re going to take inspiration from the artist Celeur Jean Herard’s Zwazo Musik and create our own bird using upcycled materials.

Celeur uses many different materials around him to create the work in his studio/museum along with the artists of the activist group Atis Rezistans. “If there is one uniting theme to this collection, other than the artists’ obvious penchant for the macabre, then it is the notion of salvage and recycling. The founding sculptors of the Haitian collective, André and Celeur, grew up around the area of Grand Rue in Port-au-Prince. Born out of a climate of “junkyard make-do, survivalist recycling, and artistic endeavor,” their self-taught artistic skills reflect the challenges of growing up in such an environment.” 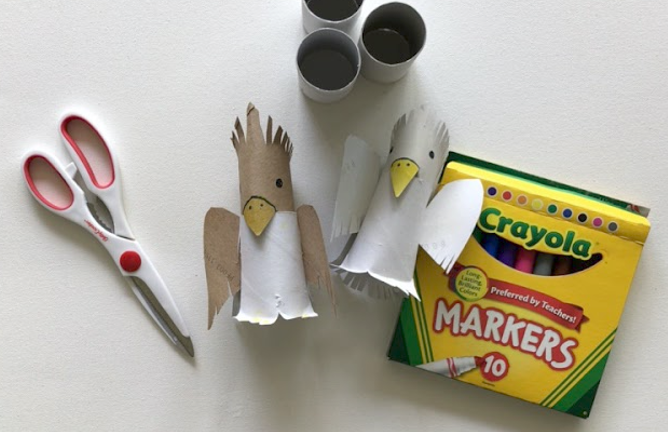 First you, we’ll be creating the head of the cockatoo! You’ll need to cut a v incision into the bottom of one of the rolls. Then fold the two pieces on the side inward for the triangular beak. 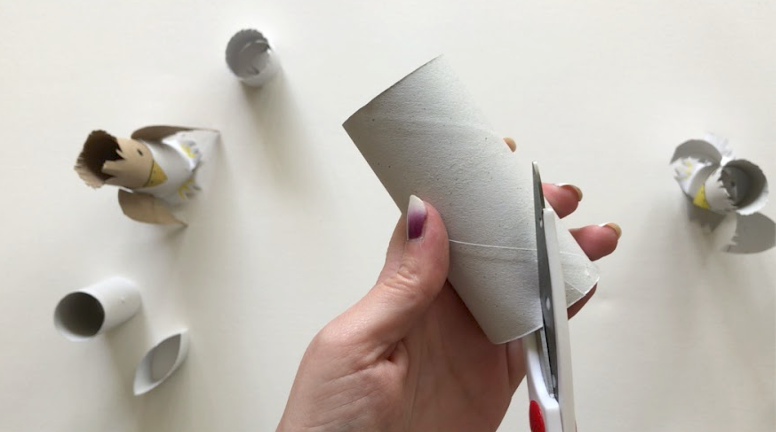 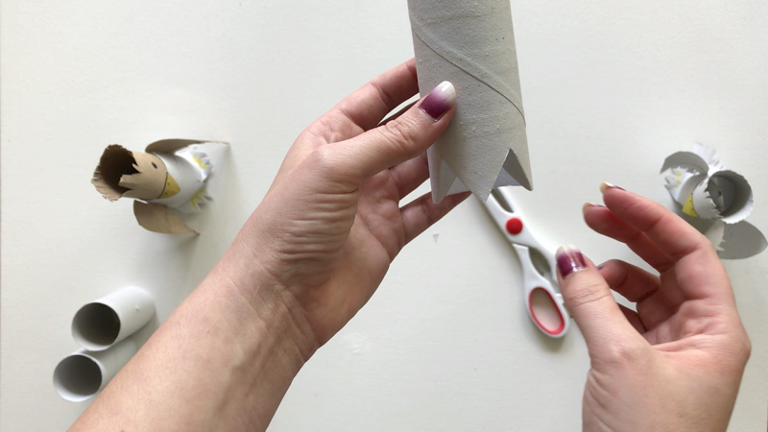 Then, cut the the top of that toilet paper roll at an angle, making sure the highest point lines up with the “beak” or triangle, and make several “feather” incisions all around the top

And there you have it, a little cockatoo head! 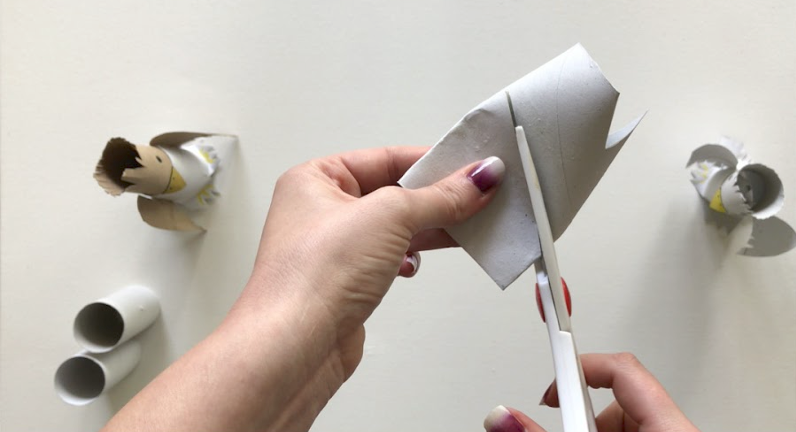 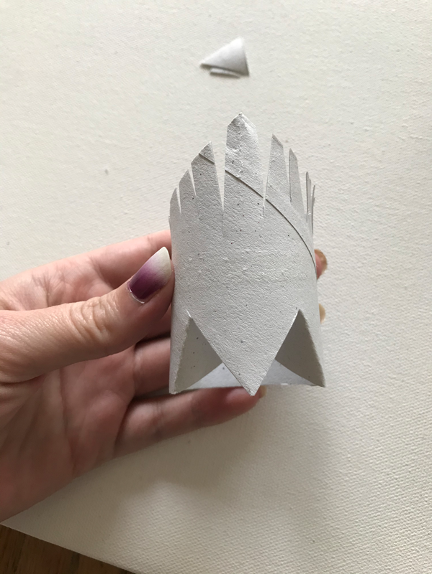 For the body, take a new cardboard roll, and this time cut a v incision into it. 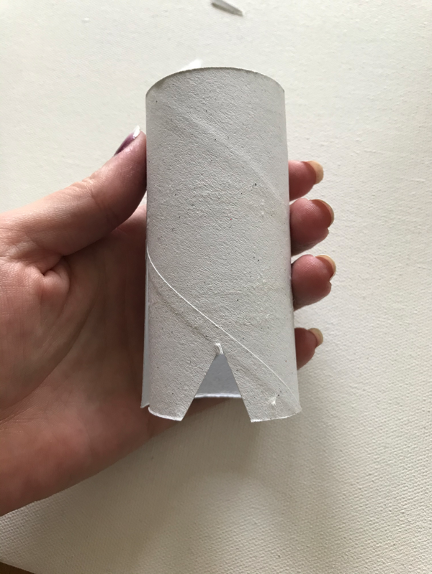 This will make the gap between the feet. Turn the cardboard roll, and make two cuts on opposite sides, almost all the way to the top. The space between those long cuts and the v will be the feet, so cut two vs into the feet to make three triangles 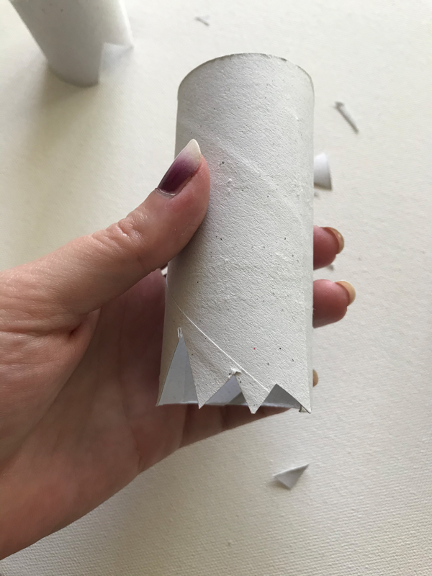 Repeat the same thing on the other foot, then cut small lines upward on the remaining bit of cardboard, this will be the tail. 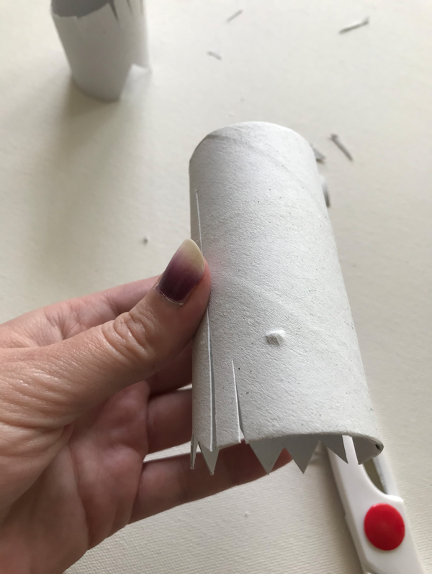 Then, bend the feet and the tail outward so you can sit the body flat on a surface. 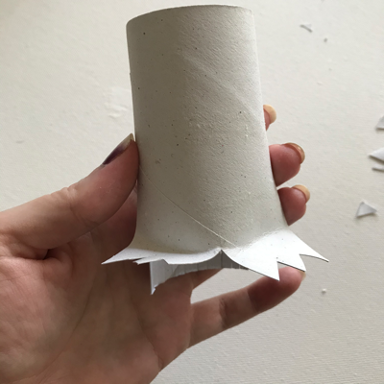 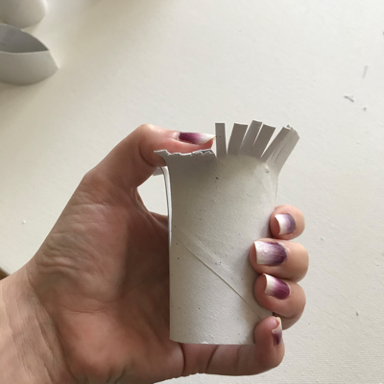 And there you have it, one cockatoo body! 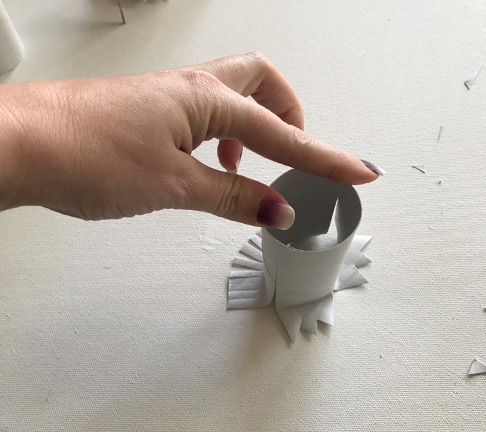 Now onto the wings, for this you’ll need your last cardboard roll. Cut straight up the middle lengthwise. 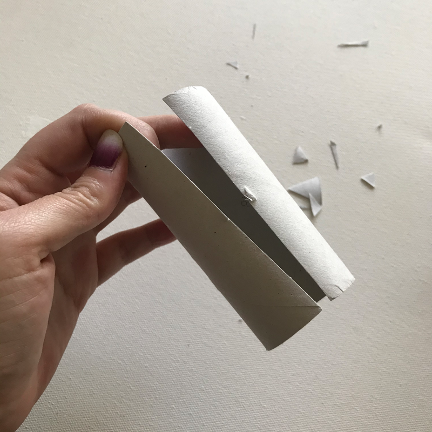 Try and flatten out the roll a bit, but don’t be too forceful as the cardboard may rip. 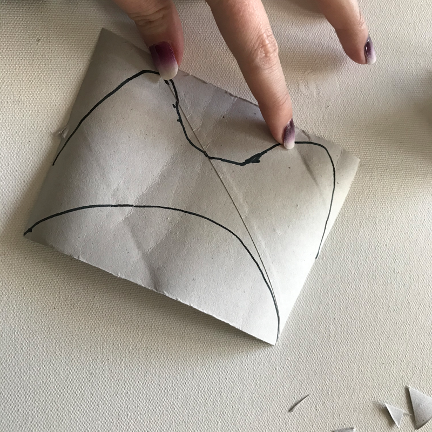 Then cut out the shape below, I’ve outlined it for you. It’s like a wide M on top, and an upside down U at the bottom. 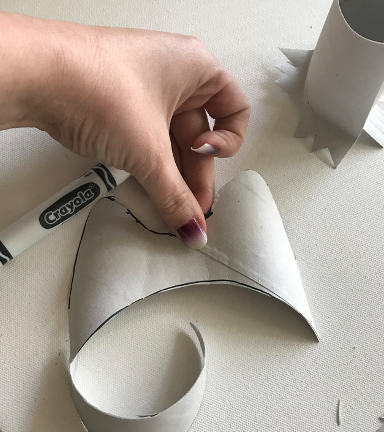 Once you’ve cut out your shape, you’ll need to cut some lines into the top of it so it will fit into the body. 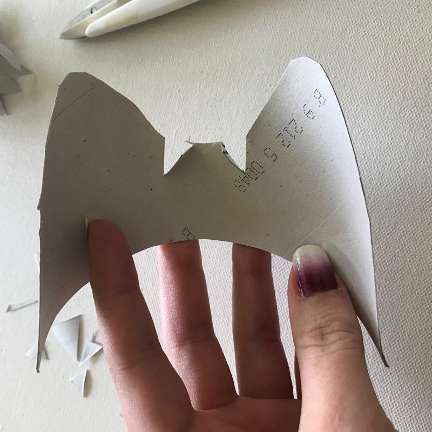 Carefully cut two lines downward near the bend on the M. You can fold the two sides closest to each other inwards as I have. 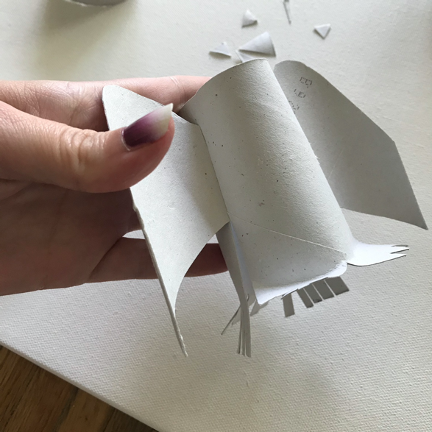 There you have your wings! Slip them into the body of the cockatoo where you made your long vertical cuts.

Then, add the head back onto the top of the body roll 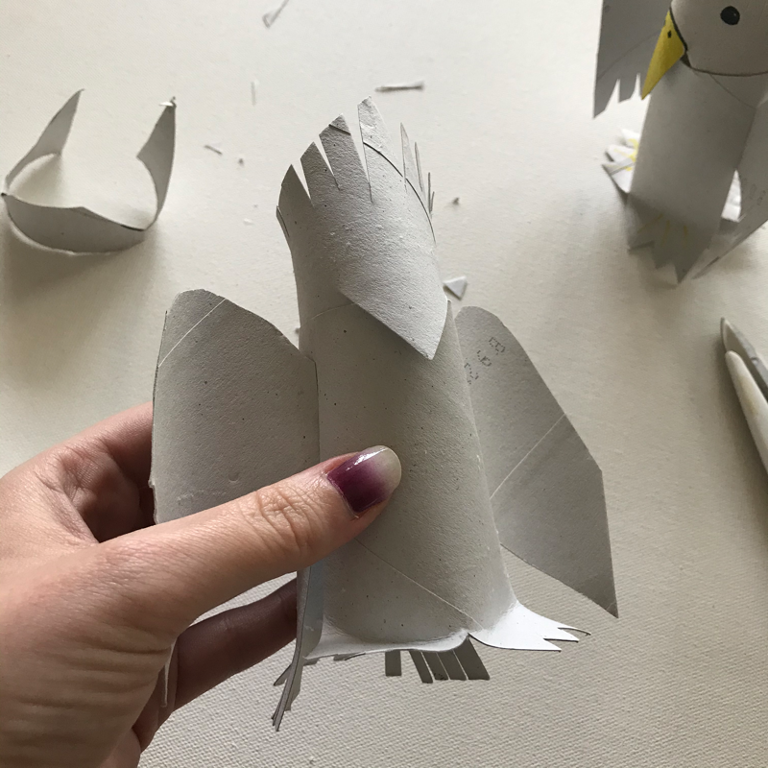 Now it’s time for the feathers, cut small lines and small triangles upward from the bottom of the wings.

Do this on both sides of the wings, and now it’s time to add some color. 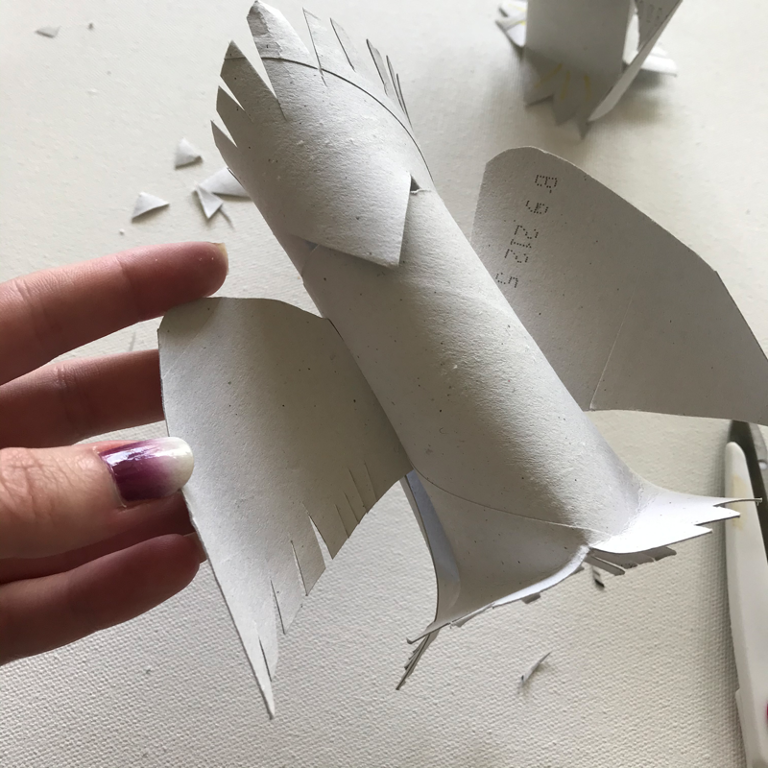 Taking your yellow marker, color in the triangle of the beak. 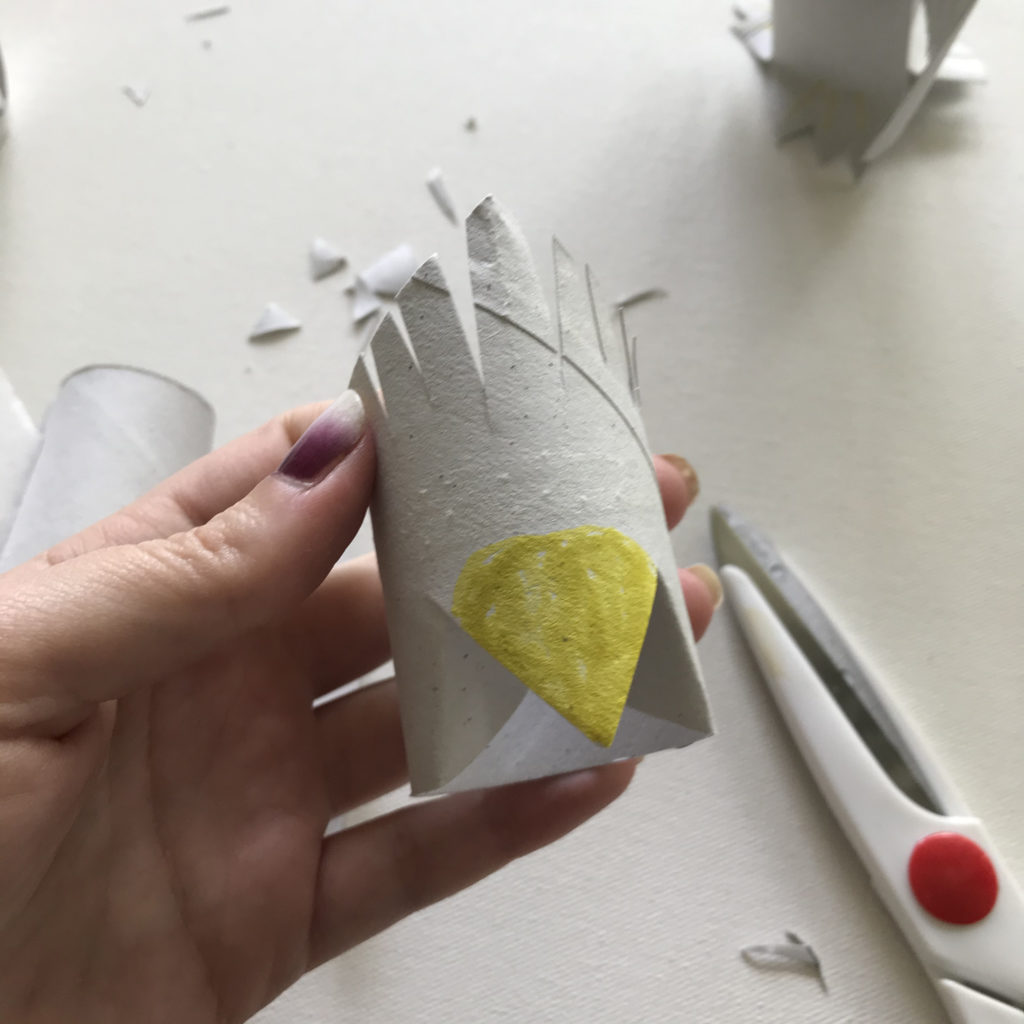 Then, taking your black marker, outline the beak, add the little dots for the nose as well as the eyes. With those finishing details, you’re all done! 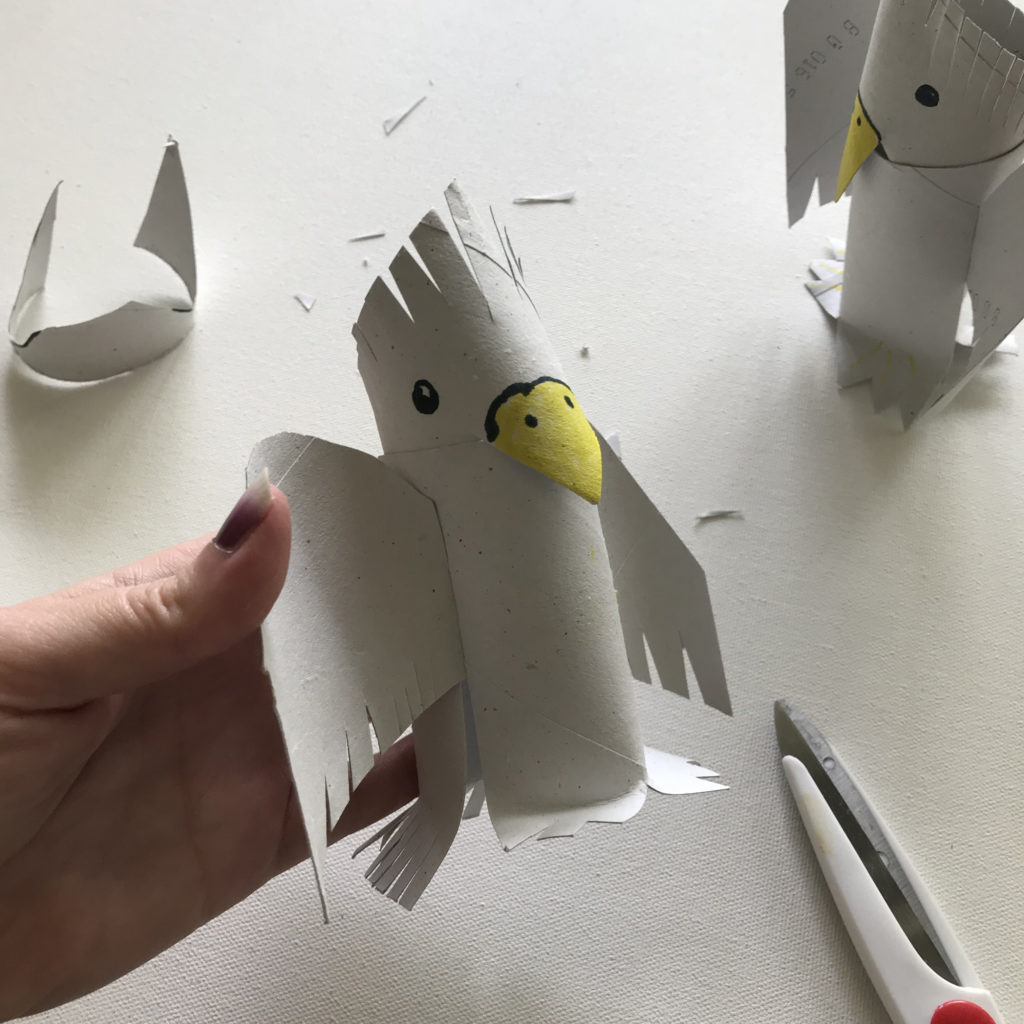 What other inventive things can you make with cardboard tubes? Share your final birdies with us by tagging @mocanomi and using the hashtag #MOCAFunFridays