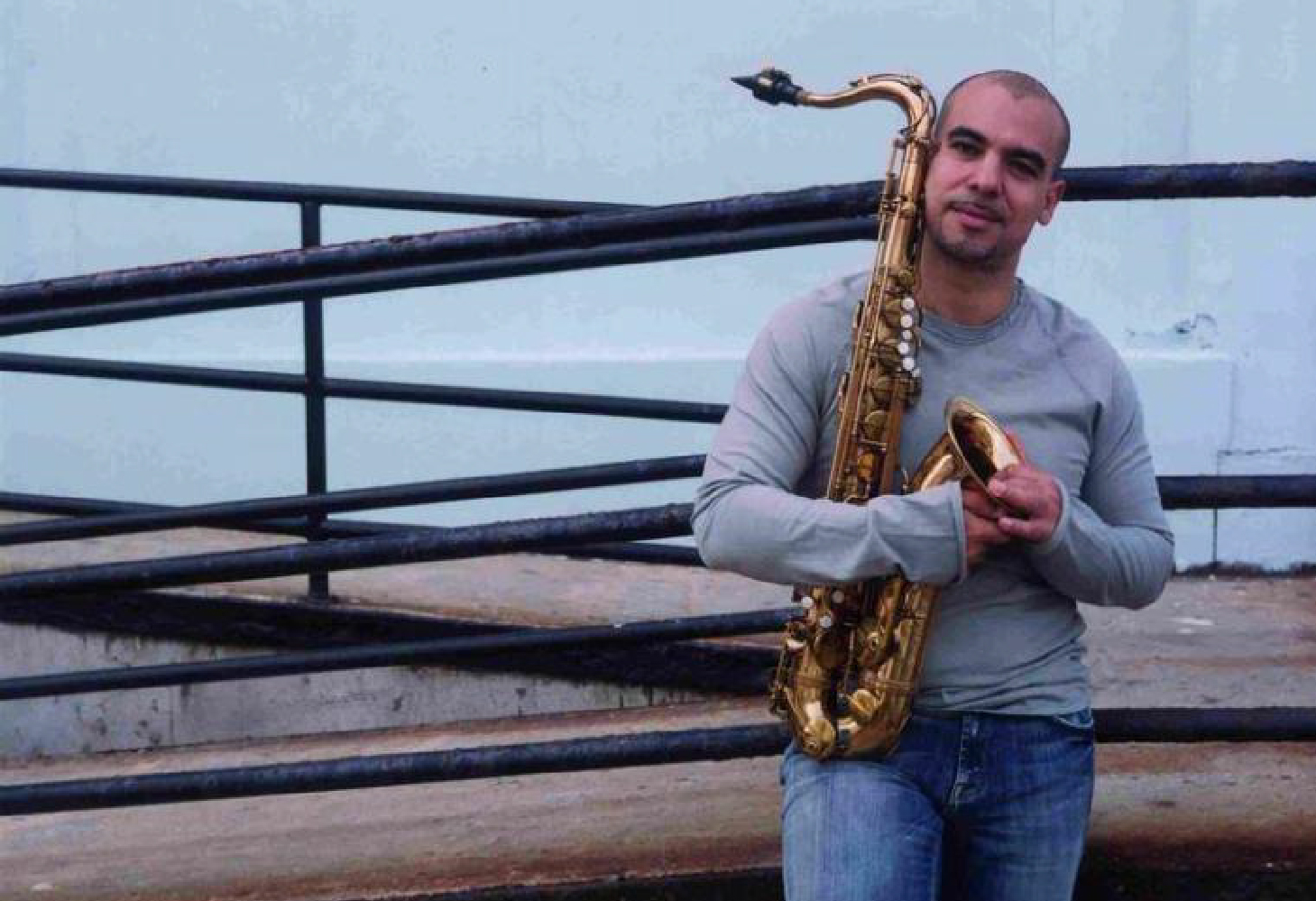 Jacques Schwarz-Bart was born in Guadeloupe. His parents are both widely acclaimed writers. His father André won the Goncourt award and his mother wrote several jewels of Caribbean literature. After graduating from the French School of Government (Sciences Po Paris), Jacques has been working for the French Senate. He was seemingly destined to a career as a statesman. But another path had been shaping up in the same time: a path of music and mysticism. Jacques discovered African mysticism through Gwoka Music. The ceremonies called Lewoz took place at night in the darkness of the country side in sugar cane fields, where rhythms and chants emote a spiritual call.

After playing alongside such luminaries as Roy Hargrove, Danilo Perez, Ari Hoenig, Meshell n’Degeocello, D’angelo or Chucho Valdes, Jacques finally decides to follow his own vision as a band leader. He then leaves Roy Hargrove’s band in 2005 and finalizes his Gwoka Jazz Project, gathering some faithful and talented musicians such as Sonny Troupé, Olivier Juste or Milan Milanovic. Jacques and his Gwoka Project recorded two albums for Universal, Soné Ka La and Abyss, which have built his current career as an internationally acclaimed jazz band leader. In 2010, he releases Rise Above, which revives his long lasting collaboration with singer – and spouse – Stephanie McKay and blends NY urban mood and Caribbean feelings.

After playing extensively with Baptiste Trotignon, Thomas Bramerie and Hans van Oosterhout over the course of the last four years, Jacques decided to document their very special chemistry on CD. This quartet recording is entitled The Art of Dreaming. It came out in 2012 and has been received everywhere with critical acclaim.

This same year, Jacques Schwarz-Bart has created a project that synergizes modern jazz and ritual voodoo music from Haiti. It features two Voodoo priests: the great singer Errol Josué, and percussionist Gaston Bonga, as well as some of the finest Jazz musicians: Etienne Charles, Obed Calvaire, Luqies Cutis, and Milan Milanovic. While remaining a jazz project, the music is lifted by the powerful spirituality of voodoo music. Band members and audience seem to be sailing together on a sea of light. The music has been presented as the headliner for the opening day of the famous Banlieues Bleues festival in Paris, early 2011. Jacques then has extensively been touring with this project. The Jazz Racine Haiti project has finally been recorded and released by Motema Music in January 2014, and inspired raving reviews from journalists all around the world.

It has already been years when Jacques and Omar Sosa had been discussing the creation of a common project, a symbiotic meeting of Haitian and Cuban spiritual traditions, enmeshed in the language of modern jazz. They finally gathered on the same stage late 2014 with an immediate complicity, almost frighteningly energetic and luminous. A residence in Guadeloupe followed early 2015, where both leaders brought their respective trios. The Creole Spirits project is now on the rails, with concerts, a new CD to come, and a high quality documentary for TV or film festivals.

Since the release of Jazz Racine Haiti, Jacques Schwarz-Bart has become an ambassador for a school of modern Jazz rooted in Voodoo music.  Jacques’ impressionistic writing, powerful tone, and wide-ranging language – both lyrical and angular – have fueled a growing presence on the world stage. His vision has inspired an entire generation of young Jazzmen infusing their jazz expression with their native influences. Late 2016, Jacques became associate professor @ Berklee College of Music, where he is teaching mainly ensembles over different styles: jazz music, neo-soul… And he is also planning to let in Caribbean jazz into this prestigious institution.

Beginning in 2016, Jacques has been working on two new projects. Voodoo Jazz Trio is a refined evolution of Jazz Racine Haiti featuring Moonlight Benjamin (vcls) and Claude Saturne (perc). On the other hand, Jacques has built Hazzan which is the jazz recording and interpretation of Jewish liturgical chants, many of which carried the spirit of a people through 5775 years of history. These songs are emotionally charged historically, and on a personal level, since this project is a tribute to his late father, the writer, André Schwarz-Bart. Both projects are to be recorded by the end of 2017.