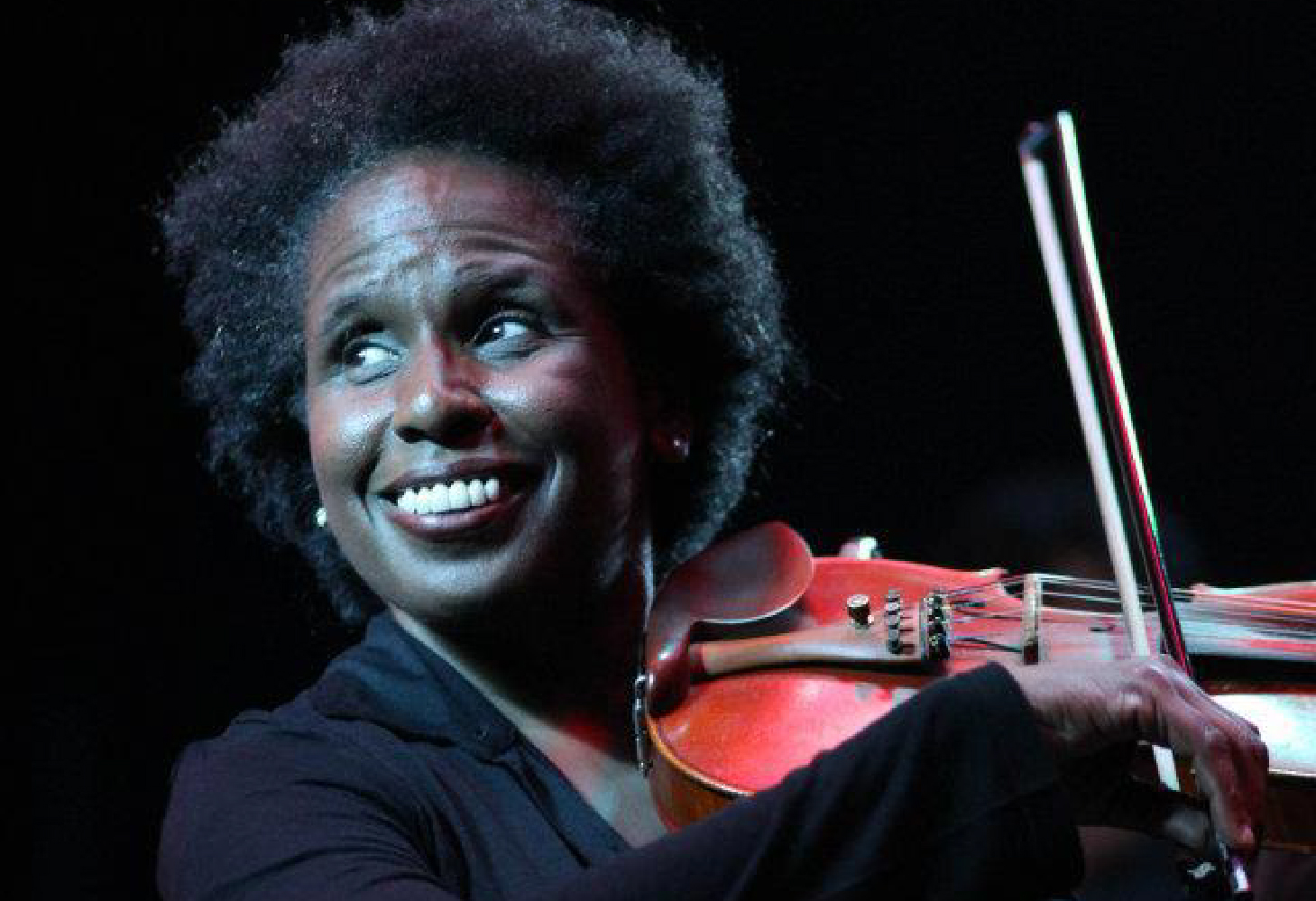 Nicole Yarling defies description. Her myriad of personal influences have created a product that begs attention across the board. Her chosen instruments are voice, violin and fiddle (in that order). Nicole is a rich velvet voice with technical skill and personality to boot! She is a rising star in the jazz community who, like many others, has been at it for years.

Born and raised in and around Brooklyn, New York, a musical household laid groundwork for Nicole’s career. She was inspired very early by her father, who plays jazz organ and piano, and her father’s records, which all made an impact on Nicole’s musical tastes: Artists such as Etta Jones, Miles Davis, Stuff Smith, J.J. Johnson, and Sonny Rollins, to the Beatles and Motown classics were in regular rotation. As early as age nine, Nicole would jam on the violin with her father. It was then that she caught the bug to perform for a living. Aside from the familial influences, Nicole’s education is extensive, ranging from a B.A. in Music from Baruch College, to a Masters in Music Education at Columbia University. as well as private training in composition, arranging, voice and violin. She uses her various music skills today to conduct master classes and give vocal lessons.

Nicole moved to Florida in 1980 and has created quite a buzz. According to the Miami Sun Sentinel, “Every musical hat fits Nicole Yarling. For more than a decade, she has been a part of South Florida’s musical world as a singer and violinist, working in jazz, rock, R and B, experimental music and a few other styles that defy description.”

Nicole’s musical excursions have brought about stints with Dizzy Gillespie, and three years on tour as a featured soloist with Jimmy Buffet. She also participated on Buffet’s platinum-selling CD, Fruit Cakes, and then went on to do eight worldwide tours with her own project, Little Nicky and the Slicks.

Nicole’s notable talent has a virtue all its own, but it would be remiss not to mention the late great vocal legend Joe Williams. Joe “discovered” Nicole through a series of events and adopted her as his very own project. He recognized this diamond in the rough, gleaming through, and began to invest in seeing Nicole rise to the top. Joe Williams Presents Nicole Yarling at the Manchester Craftsmen’s Guild was born as a result. This unique performance captures Nicole in her element and reflects her undeniable charisma. It also captures a moment in history which can never be duplicated: Joe Williams Presents… was to be Joe’s final recording. Sadly Joe passed away before he could see the actual release of his final work of art. He shared two duets with Nicole, plus two bonus tracks sung by Joe alone. Some would say it was a dying wish of Joe Williams to see Nicole succeed. Joe intended to escort Nicole to the highest limits, much in the same way Count Basie did for him in the late fifties.

It can be boldly stated, however, that Ms. Yarling’s talent has a strength all its own, to forge ahead on Joe’s intended path. Joe Williams’ torch certainly won’t die out, as it has been graciously passed along to one Nicole Yarling, or as Joe might have said: the “Darling Ms. Yarling.”

7:45pm / Wade in the Water Dance Performance
Guests will also enjoy a special dance performance by Florencia A. Guerrier, choreographed by Fluxus Haus founder, Agatha Wright. This contemporary rendition of “Wade in the Water,” a dance piece originally created by Mr. Alvin Ailey in his full length work titled “Revelations,” is a historical compilation of the traditions, faith, beliefs and tenacity of the African American people set to gospels and blues music.

Café Crème will host a bar with a signature MOCA cocktail and the US Census will be on-site distributing giveaways. Guests will also enjoy a pop-up photo booth and more.

The museum is open by pay what you wish from 7–10pm.