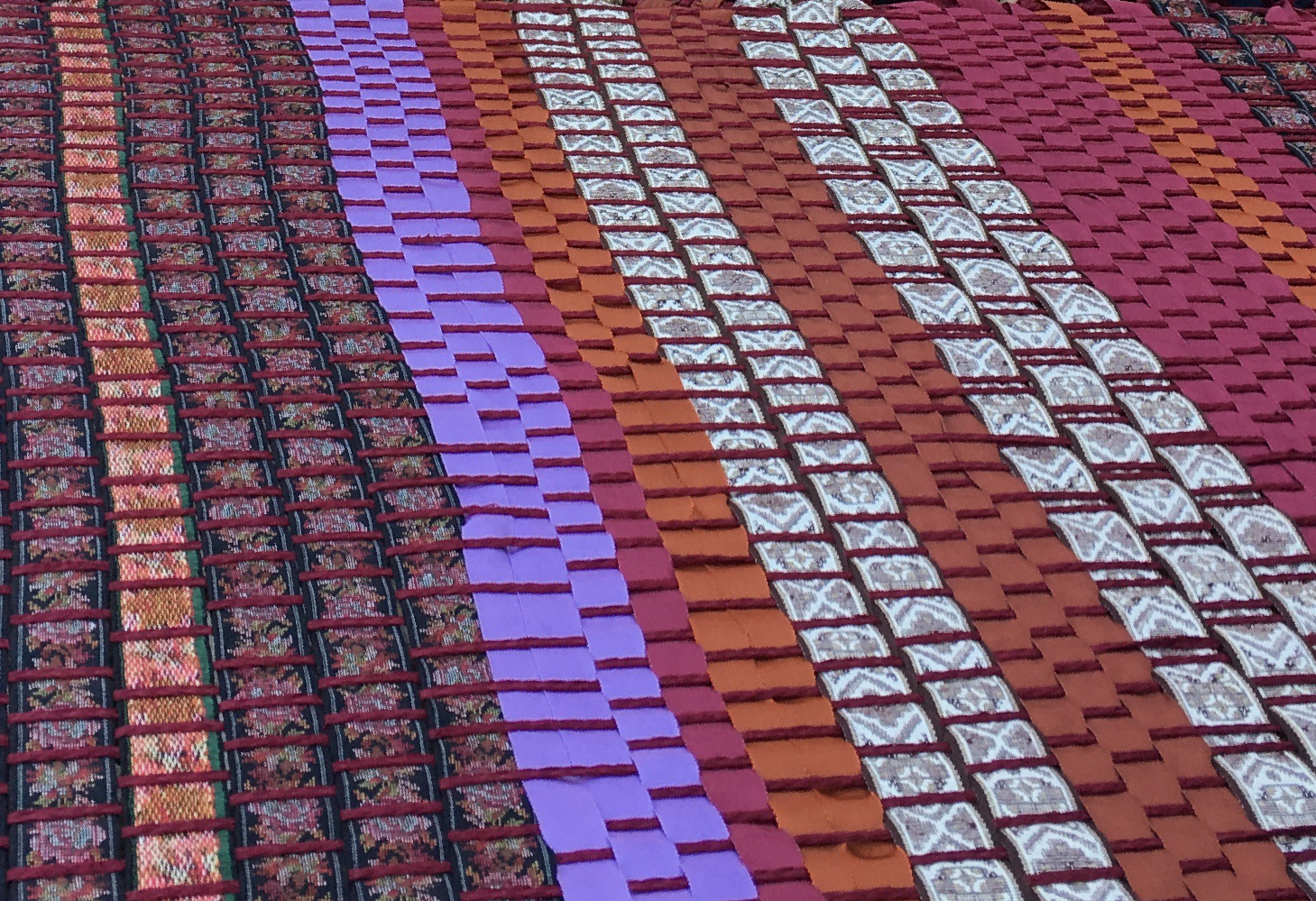 The Museum of Contemporary Art North Miami (MOCA) is presenting HamacaS, a socially engaged project by Liene Bosquê, coordinated by Ana Clara Silva, on view from February 8 through March 29, 2020. HamacaS explores the cultural dissonance and emotional displacement experienced by immigrants in the United States. The project consists of an interactive installation at the museum that will be activated through collective hammock weaving sessions and workshops. The project will offer a critical and expansive conversation around immigration with communities in Miami. As an integral part of the project, HamacaS will continue to develop and be presented throughout different locations in Miami after its inaugural run at MOCA North Miami.

HamacaS reconsiders the relational meaning of site and place for a group of people that both occupy several spaces at once and are rendered invisible in this country. The project asks us to imagine how immigrants carry place with them across borders and barriers. What purpose can a collective, shared space have for members of a community that is both villainized and erased at the same time? HamacaS is meant to act as a safe space for dialogue, debate, and understanding through engaging in making––the space between the hand and the mind that offers respite.

Liene Bosquê is a visual artist and art educator based in Miami. Bosquê’s artworks have been exhibited in museums and galleries in the United States, at MoMA PS1 in New York, and the Museum of Contemporary Photography in Chicago, among other places. In 2016, she received the Emerging Artist Fellowship from the Socrates Sculpture Park in Queens, where she presented her first public sculpture. Recently, Bosquê was an artist in residence at Queens Museum’s ArtBuilt residency in New York, where she started the socially engaged project, HamacaS. Her work has been included in international exhibitions in Brazil, Portugal, Italy, Turkey, and South Korea; at places such as Museu de Historia Natural in Lisbon, Museu de Arte de Ribeirão Preto, and Sesc in São Paulo.

HamacaS is funded by The Ellies, Miami’s visual arts awards, presented by Oolite Arts as well as the WaveMaker Grants program presented by Locust Projects, and is supported by The55project.

The project will maintain public hours on Saturdays and Sundays from 2:00 – 4:00 p.m. during which the artist will be present, and will be open to anyone that would like to drop in and participate. The artist will not be onsite on Feb. 22, Feb. 23, March 14, March 15, March 28, and March 29 however the project will remain on view.