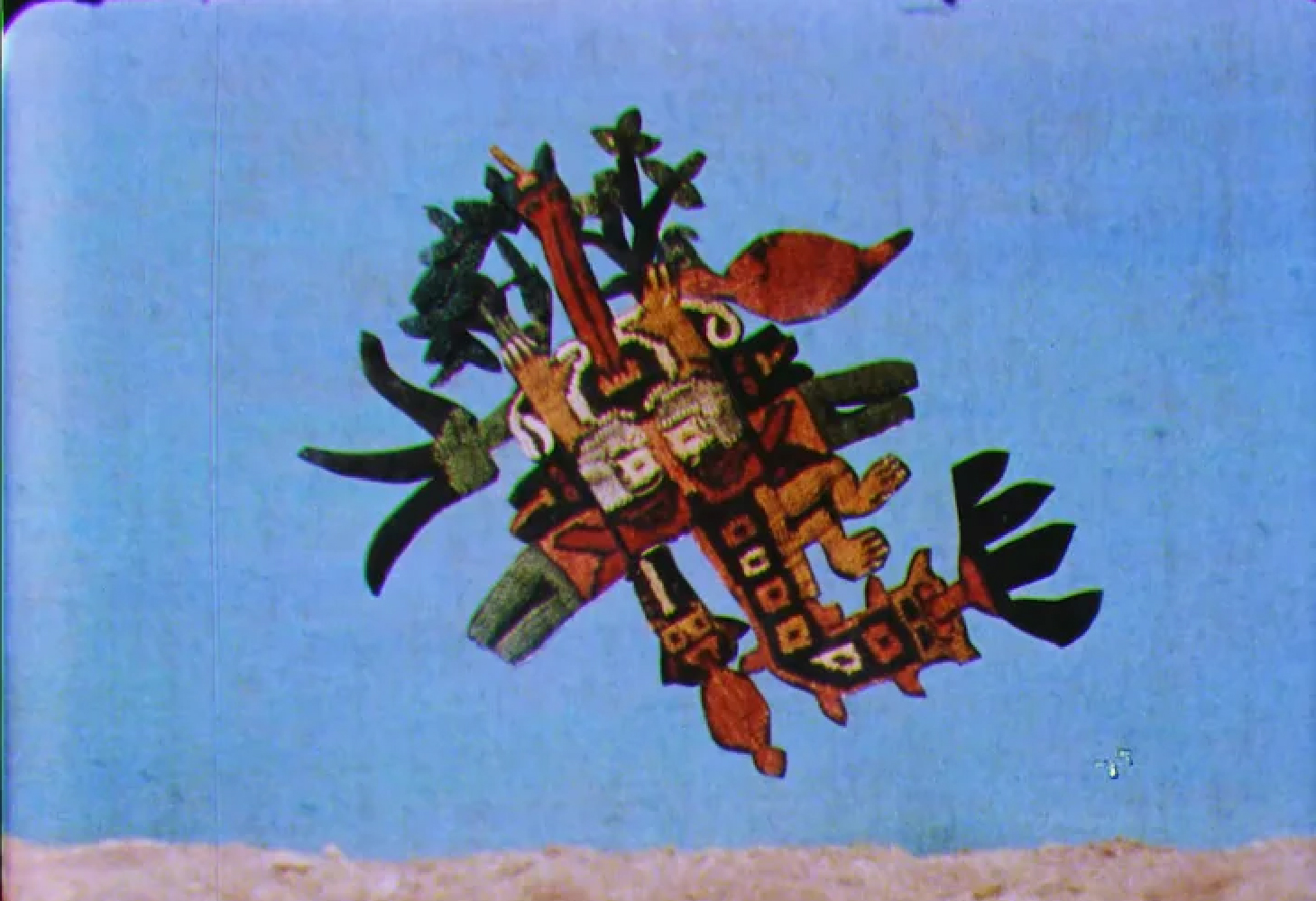 Wednesday, January 22nd / 7pm
Doors open at 6:30pm.
Free event. Seats are limited.
MOCA is pleased to present a screening of Cecilia Vicuña’s 1983 film PARACAS, followed by a presentation by Dr. Constantino Manuel Torres on anthropology, shamanism, and the pre-Colombian Paracas culture of the desert Pacific coast of southern Peru.
About the film: In PARACAS, Vicuña animates a 2000-year-old pre-Columbian textile created in the Paracas/Nazca region of Perú. Figures from the ancient textile come to life to perform an imagined ancient ritual in a miniature wold created by the artist, set in the poetic universe of a desert transformed into a garden by its ancient inhabitants. Original music was composed and performed especially for this work by José Pérez de Arce and Claudio Mercado, with chants by Cecilia Vicuña. The original Paracas textile is in the collection of the Brooklyn Museum.
Tickets

About the speaker: Dr. Constantino Manuel Torres,  Professor Emeritus, Art and Art History Department, Florida International University, Miami, has conducted research on the connection between iconography and visionary plant use in ancient cultures of the South Central Andes since 1982. He co-authored “Anadenanthera: Visionary Plant of Ancient South America” (2006), a 4,000-year history of the use of this sacred plant, which led to the study of ayahuasca analogues in South American antiquity. He has been the recipient of four Fulbright Fellowships.