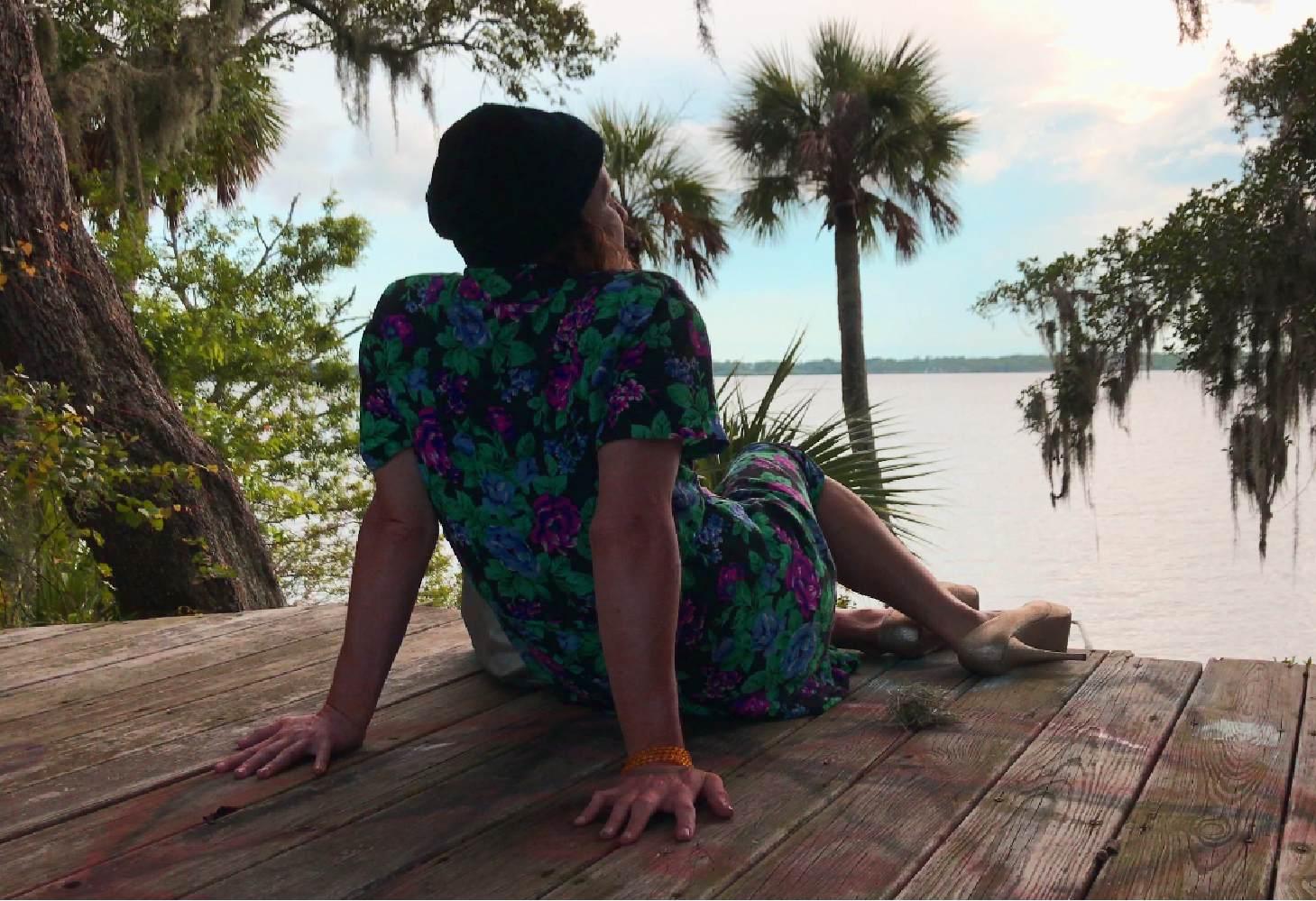 Part film, part installation, and part novel, Our Place in the Sun takes place in Florida in an unspecified moment in the immanent future: as rockets depart regularly for a proposed colonization of Mars, a transgender woman living in a cheap beach hotel observes the changes in her body and subjectivity that come with gender transition from the very shores where rising seas are slowly inundating the state. Inspired in part by the Florida travel diaries of William Bartram and Cabeza de Vaca, Midnight Piper Forman and Erica Dawn Lyle (working together under the collective name, SOBBETH) have for the past three years undertaken an ongoing exploration of the ruins of the Sunshine State’s 20thcentury mythologies. The result is Our Place in the Sun, an ever-expanding experimental atlas of Florida and iterative artistic approach to the subjective nature of geography. For this appearance at MOCA, Lyle will perform text in dialogue with sequences from the film-in-progress, offering a nonlinear, dreamlike consideration of Florida’s legacies of colonization and real estate speculation, and the magical-realist possibilities of transcendence beyond capitalism through queer lived experience.

South Florida native, Erica Dawn Lyle, is a writer, musician, and curator who lives in New York City.  She is the author of On The Lower Frequencies: A Secret History of The City (Soft Skull, 2008), and her writing has appeared in Art in America, Artforum, Frieze, and on NPRʼs This American Life.  Since 1991 she has edited and self-published the DIY art/crime/punk magazine, SCAM. Her most recent book is Streetopia (Booklyn, 2015). Currently she plays guitar in the bands, Bikini Kill and AquaShade.

Los Angeles native, Midnight Piper Forman, is a filmmaker, curator, and visual artist with an extensive background in critical geography and cultural activism.  She is known for creative anti-displacement work and for boundary-pushing, collective public art projects such as the ‘Department of Space and Land Reclamation’, ‘The Geography of Erasure’, and ‘Pilot TV: Experimental Media for Feminist Trespass’.  She has a Masters in Film and Television Production from USC’s School of Cinematic Arts, where she was awarded a Les Blank Foundation grant for Documentary Directing and a ‘First Look’ Award for Outstanding Producing.