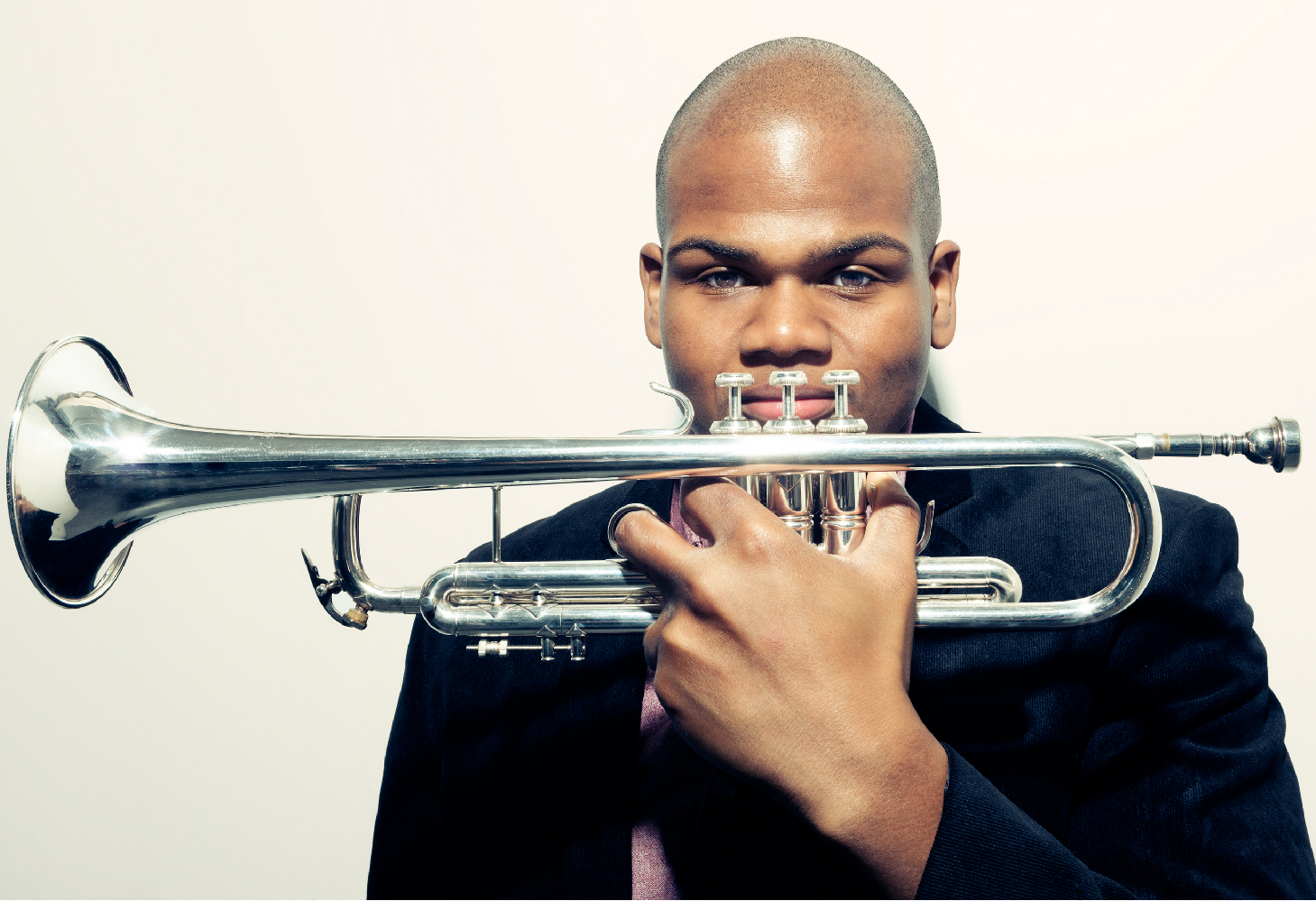 Grammy Award winning trumpeter Curtis Taylor’s lyrical and melodic improvisational style displays a level of maturity far beyond his counterparts. His unique blend of soulfulness, harmonic sensibilities and rhythm melt together for an unforgettable sound that directly connects with the soul of the listener. According to Taylor, “ When played honestly, music is the ultimate conveyer of truth and beauty.” Taylor grew up in Bedford, Ohio, where his interest in music was piqued. At 10 years old, he took up the trumpet and got involved with the school’s band program. Two years later Taylor really started showing promise on his instrument. Shawn Nichols, the school’s band director, took notice and encouraged him to get involved in the jazz ensemble. In addition, Nichols also took Taylor to several concerts around the city where he got his first real taste of jazz. One night after seeing a great concert featuring trumpeters Jon Faddis and Steve Enos, Taylor was so inspired that he decided then and there that he wanted a career in music. Soon after that experience the accolades began piling up for the budding young musician – no doubt it’s because the talented trumpeter has studied and performed with some of the most renowned jazz musicians and educators. In 2007, Taylor completed his B.A. in Jazz Studies at Michigan State University, where he studied with Derrick Gardner, Wess Anderson and Rodney Whitaker. Two years later he went on to attain his Master’s at Rutgers University where he studied with the late William “Prof” Fielder. Fielder was a legendary educator who taught many jazz notables such as Wynton Marsalis, Terence Blanchard, Sean Jones and Terrell Stafford. Taylor has performed and recorded with Patrice Rushen, Billy Childs, Gary Novak, Bob Sheppard, Marvin “Smitty” Smith, Ed Motta, Rodney Whitaker, and great gospel luminaries Karen Clark-Sheard, Kierra Sheard and the Singletons. More extensively Taylor’s stint with jazz pianist Cyrus Chestnut included a notable concert performance at Kennedy Center recorded for NPR’s Jazz-set, an appearance at the Spoleto Jazz Festival, and a week-long engagement at Dizzy’s Club in NYC. In addition, Taylor had the great opportunity to tour internationally with virtuosic saxophonist James Carter’s Quintet, performing in: Germany, France, Italy, Spain, Sweden, Canada, and Austria. Rounding out the experience, was a week-long stint at Yoshi’s in California again with the James Carter Quintet. In 2014, Taylor relocated to southern California where he fostered a musical relationship with friend and mentor Kamau Kenyatta. Kenyatta, is a two-time Grammy-award winning producer for Jazz vocal-star Gregory Porter. While building the musical team for Porter’s “Liquid Spirit” album, he chose Taylor for the trumpet chair. Kenyatta stated that Taylor “graced the session with his elegant solos and precise ensemble playing” and noted his musicianship as “impeccable.” Gregory Porter’s “Liquid Spirit” would go on to receive the Grammy-Award for Best-Jazz vocal album of 2014.