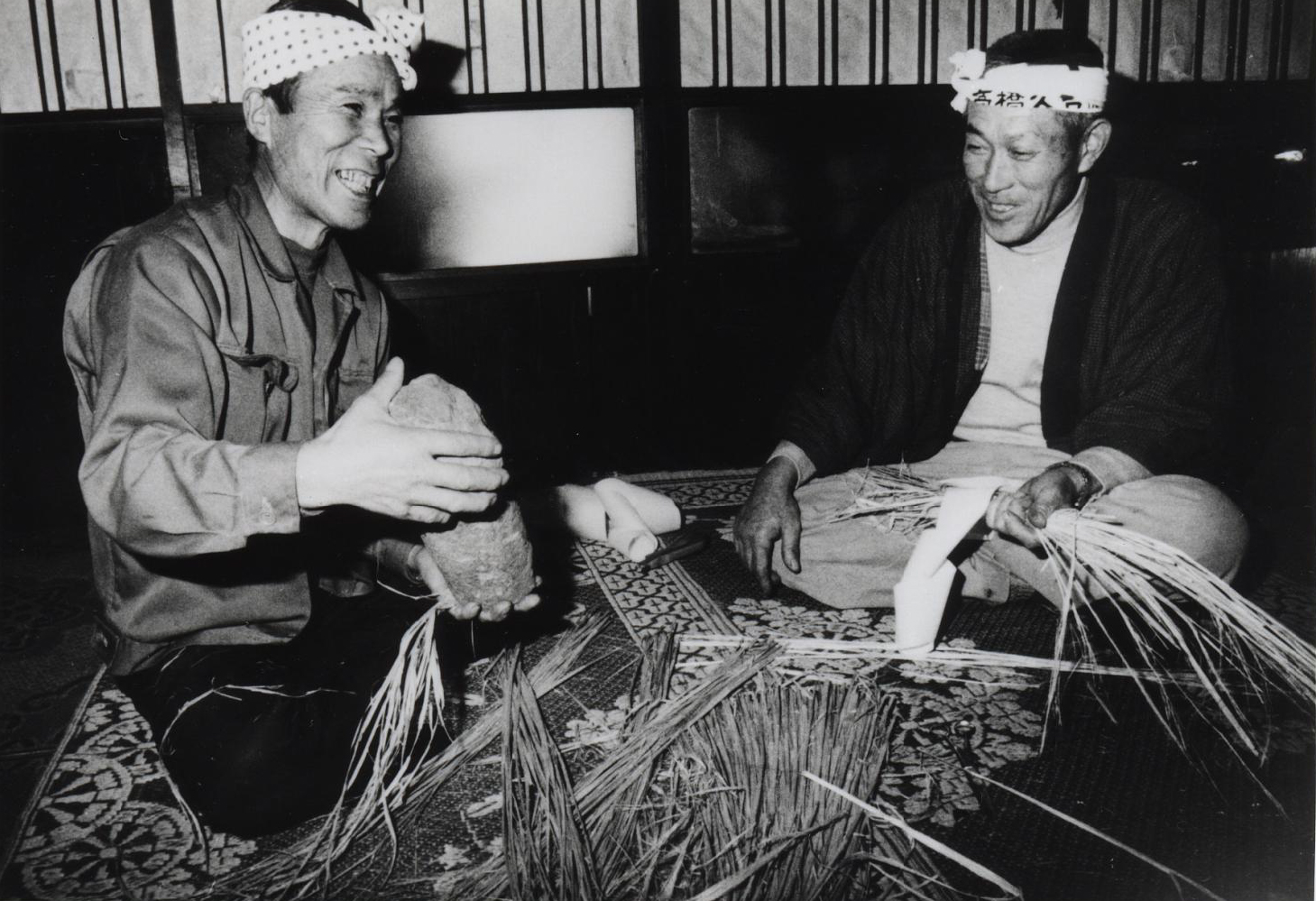 The film opens with an old woman recounting a folk tale concerning silkworms (she calls them “honorable worms”), in which the Magino silkworms are seen as the reincarnation of a vanished princess, and as messengers of the gods. In the folk tale it is said that the pattern on the bodies of the silkworms is the same as the hoof print of the horse that protected the princess. This introduction draws us into the world of raising silkworms. Ogawa Productions (founded in 1968 by Ogawa Shinsuke) was a documentary film collective from Japan that produced documentaries on the Japanese Student Protests of the 1960’s, the Farmer’s land rights movement during the building of the Narita Airport, and moving to Magino —a small farming village in Yamagata Prefecture’s Kaminoyama City from 1974-1992. The village was experimenting with the collapse of an art/life cohabitation to produce films about the practices of the village while also surviving off the land.