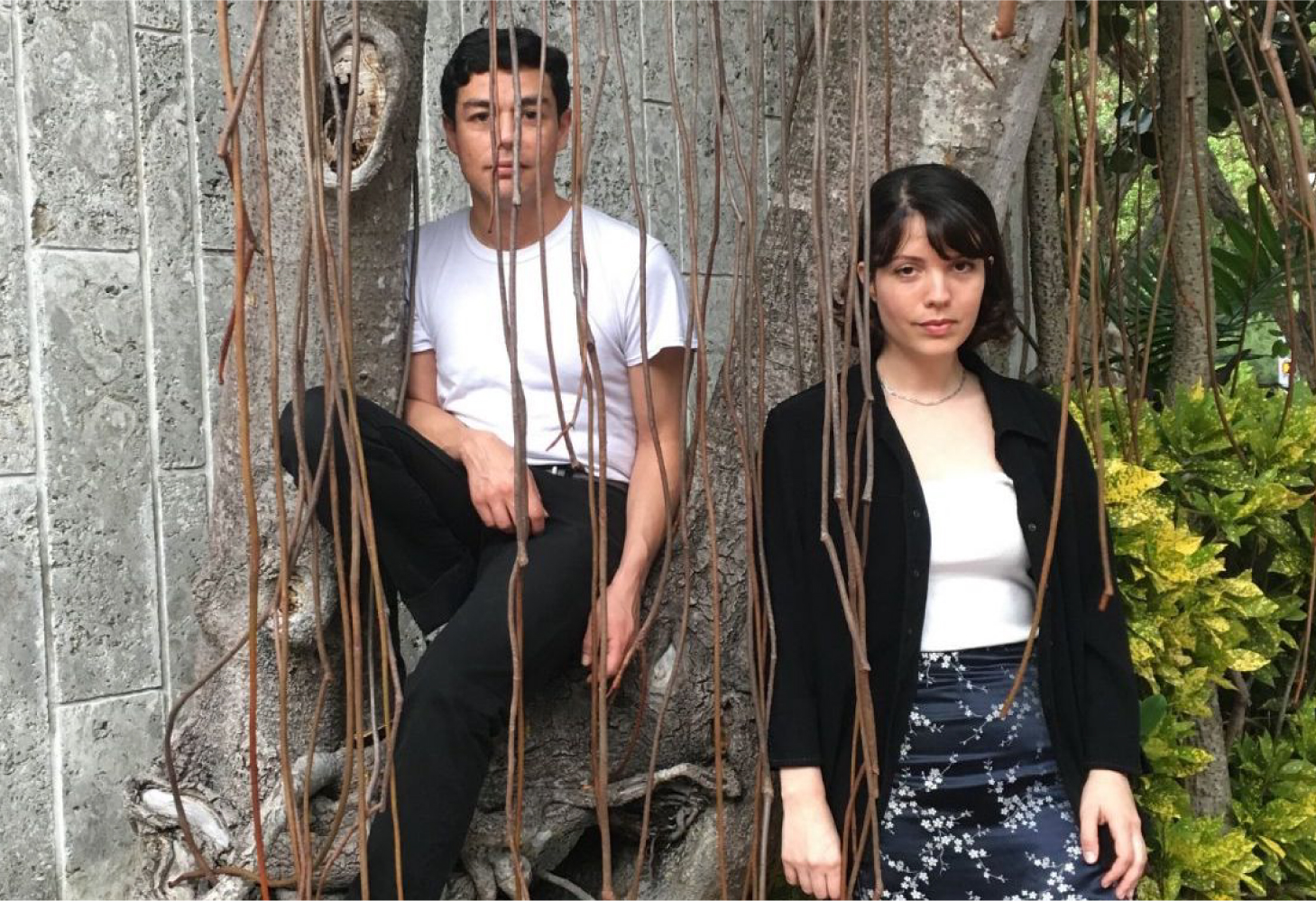 Closing Performance for PÒTOPRENS: The Urban Artists of Port-Au-Prince

Please join us for a set of beautiful and enchanting songs by Dracula in the MOCA, North Miami main gallery to ceremoniously close the PÒTOPRENS: The Urban Artist of Port-au-Prince exhibition.

The Miami based duo Dracula are one of the foremost folk acts of Miami and South Florida, with a solid following not only in the music circles but also in the art and gallery scene of the Magic City. Dracula’s signature style of intricately harmonized vocals over an acoustic guitar is easily identifiable. Having released several EPs on cassette, Dracula is now releasing their highly anticipated debut LP, called  Dorys & Eli. The album is out now via Sweat Records Records. Their songs are mostly in English and/or Spanish, but their repertoire includes songs in Portuguese, French, and Japanese. Dracula performs mostly covers, tributes or interpretations of artists and songs they admire, not limiting their selection to folk.  A great example of this is their take on Selena’s “Como La Flor”, which made NPR’s top 100 tracks of 2018.

About Dracula
Dracula was in 2009 formed by Eli Oviedo and Dorys Bello. The duo has been actively playing and performing music since childhood, and as Dracula have performed in diverse scenes and venues, including the Vizcaya Museum, Miami’s esteemed III Points festival, a cemetery series with roaming arts presenters Spring Break, and the International Noise Conference held annually at Churchill’s Pub. Their act is simple and stylistic, consisting only of vocals and guitar; they gained a widespread appreciation for their live acts by performing kneeling in front of each other, creating a very intimate and magical ambiance. Dracula have two previous releases, both in cassette tape format.