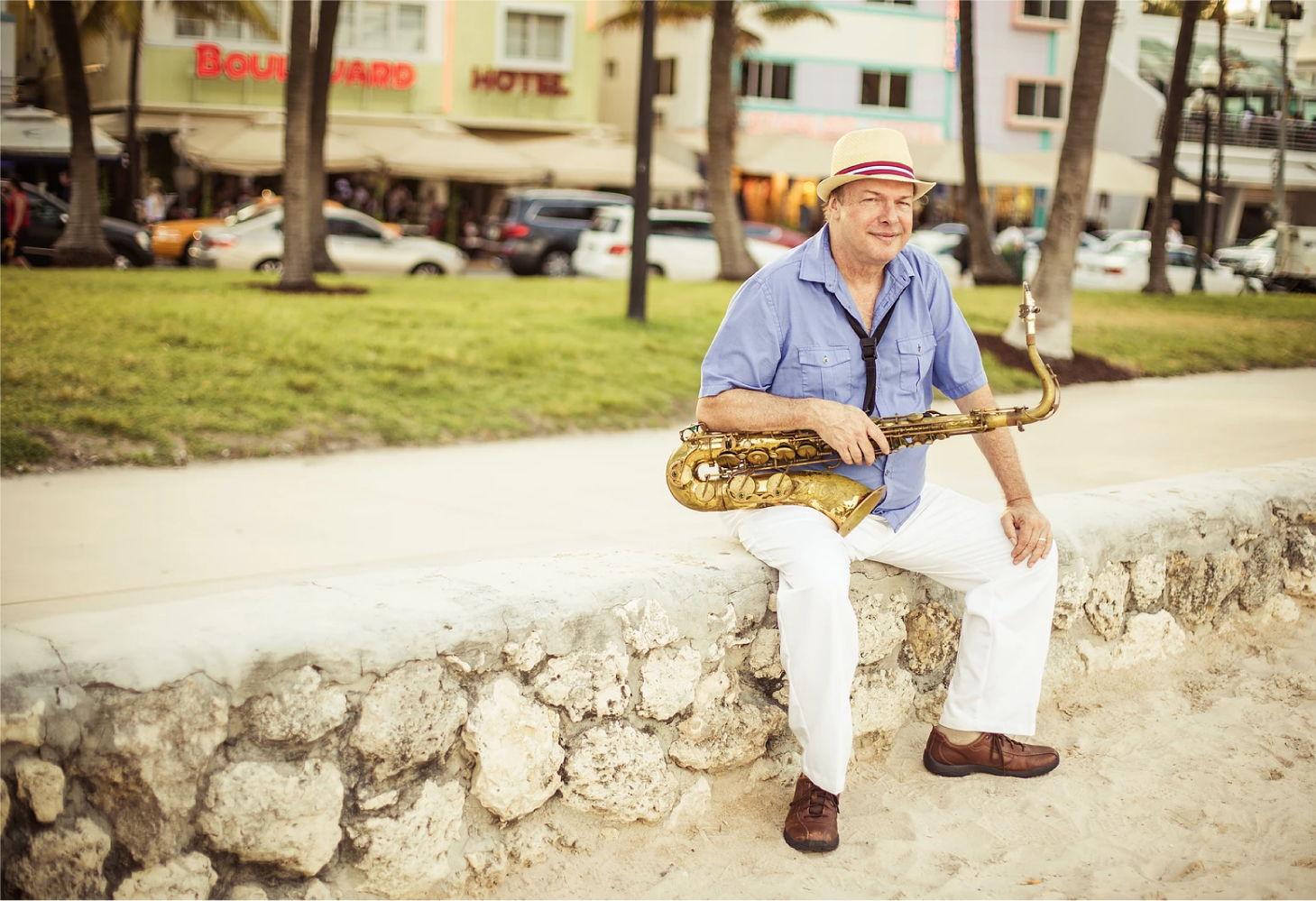 Saxophonist and flutist, Tom McCormick, has been a fixture on the South Florida jazz scene for over twenty-five years. Originally from Baltimore, Maryland, Tom studied at the acclaimed Frost School of Music at the University of Miami and soon after began teaching at the University. He is currently the saxophone professor at Miami Dade College Kendall Campus.

Tom has performed with some of the biggest names in the business including: Sheila E., Arturo Sandoval, Nicole Henry, Mongo Santamaria, K.C. and the Sunshine Band, the O’Jays, Celia Cruz, Donna Summer, Patti Austin and Lou Rawls.

For many years he was the principal saxophonist with the Miami Symphony. Music has taken Tom around the world. He has performed throughout Europe, Latin America, the Caribbean, Japan and India. Besides being a multi- instrumentalist, Tom is also an accomplished composer and arranger.

“Energetic funk horns bounce into my listening room with gusto…McCormick brings a fresh face to old standards and previews some original compositions that sound like they could easily become jazz standards.” – Dee Dee McNeil, Jazz Journalist

“Reveling in a mash up of Brazilian, Latin, smooth jazz and stops along the way that both speed it up and slow it down, this is what major labels should have had in their mix when they were trying to bring jazz more to the masses.” – Midwest Record

“Delivering the swinging sounds of Latin, Brazilian and funk-infused music, South Beat is one amazing album from unheralded saxophonist Tom McCormick. The music is aggressive, enthralling and full of energy, a breakout musical statement sure to move some shoulders and hips on South Beach and beyond.” – Edward Blanco, All About Jazz