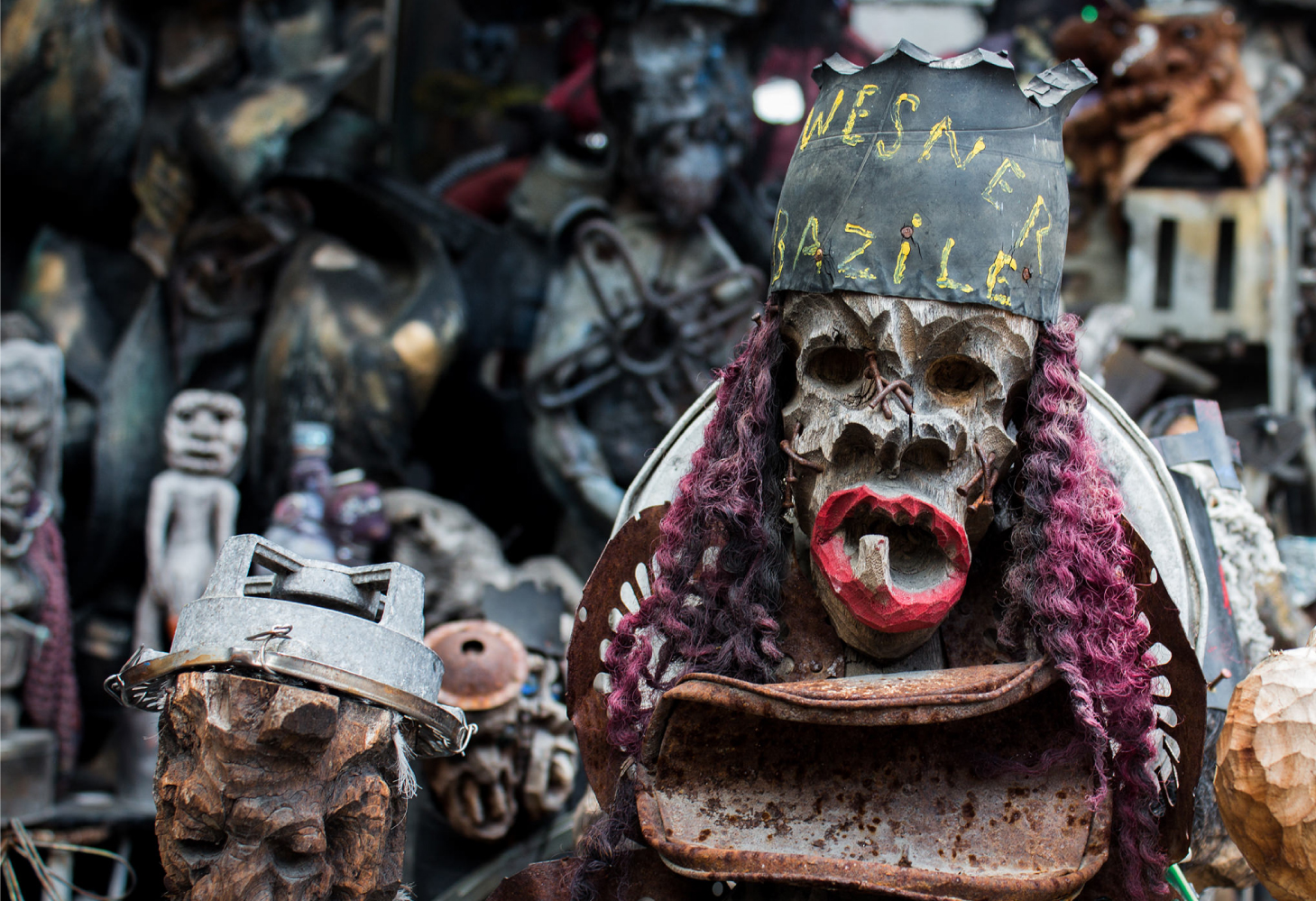 Get an intimate look inside the studios and lives of the sculptors of Grand Rue, featured in the Exhibition POTOPRENS: The Urban Art Of Port-Au-Prince.
The screening will be followed by a conversation with Jean-Daniel Lafontant, Executive Director of the Hatian Cultural Foundation, founder of ANAE, noted Oungan, and a founding member of Temple Na-Ri-VéH in Haiti.

Doors open at 6:30pm and the program begins promptly at 7:00pm

Grand Rue is the main avenue that runs through downtown Port au Prince, Haiti. At its southern end is a community that has a historical tradition of arts, crafts and religious practice. Contemporary Haitian artists Celeur, Eugène, Claude and Guyodo all grew up in this ghetto atmosphere of junkyard make-do and artistic endeavor. Their powerful sculptural collages of have transformed the detritus of a failing economy into bold, radical and warped sculptures. Their work references their shared African & Haitian cultural heritage, a dystopian sci-fi view of the future and the transformative act of assemblage. The monumental works they have created are liberally scattered around this slum area, transforming the clamorous area into an organic art installation. This multi-layered film is a portrait of a neighborhood both materially poor but culturally rich, and a meditation of the links between sex, death and creativity as expressed through the Vodou spirit Gede, that influences all their work. (2008). The film maker Leah Gordon is also a photographer, curator, collector and writer and was the co-curator of ‘PÒTOPRENS: The Urban Artists of Port-au-Prince’ at Pioneer Works, NYC in 2018 and MOCA, Miami in 2019.

The screening is followed by an in person discussion with Jean Daniel Lafontant. Jean-Daniel Lafontant is a Oungan (Vodou priest) and a founding member of Temple Na-Ri-VéH in Haiti. He is also the founder of ANAE (1987), a New York-based association specializing in the cultural promotion of Haitian art influenced by Vodou. Lafontant also acted as Special Advisor to the exhibition PÒTPPRENS: The Urban Art of Port Au Prince.

The Sculptors of Grand Rue from Leah Gordon on Vimeo.