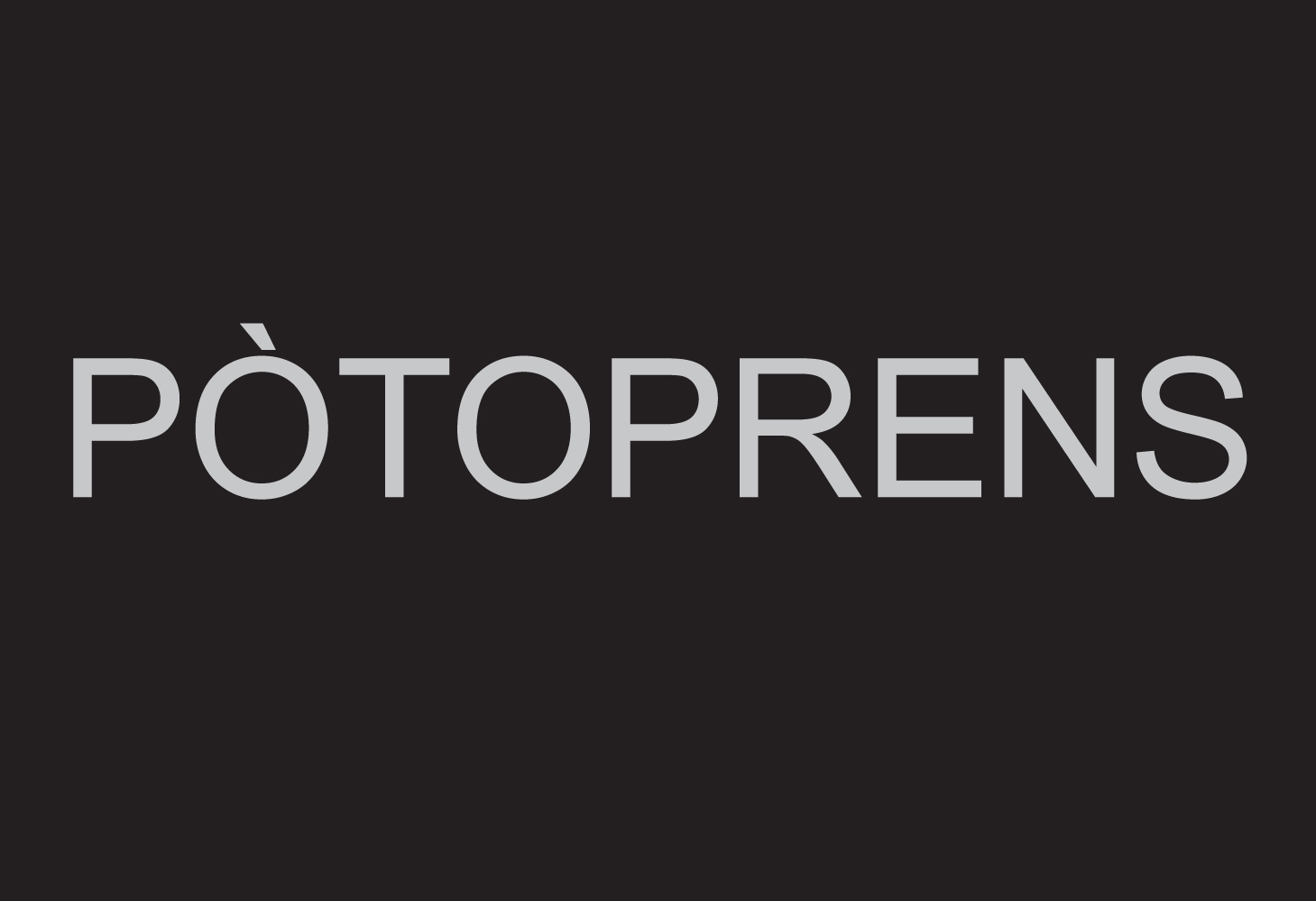 In conjunction with Haitian Heritage Month, the Museum of Contemporary Art North Miami will present “PÒTOPRENS: The Urban Artists of Port-au-Prince” which brings together the work of over 20 artists working in the Haitian capital. The exhibition features work that illuminates the history, music, politics, religion, magic, architecture, art, and literature that intersect in Port-au-Prince, enabling the viewer to reflect upon the past and speculate about the future of this vital city and its country.

Co-curated by Haitian-American artist and curator Edouard Duval-Carrié and British artist and curator Leah Gordon, PÒTOPRENS is a large-scale exhibition of sculptures, photographs, and films, accompanied by a recreated Port-au-Prince barbershop as well as extensive public programming.

The exhibition mirrors the organization of the city itself by highlighting specific districts in Port-au-Prince where art is produced—each with its own particular subjects, forms, and materials. Bel Air, situated on a hill that rises behind the remains of the Catholic Cathedral in downtown Port-au- Prince, has a rich concentration of Vodou flag artists and sequin sculptors—a tradition alleged to have originated from the royal flags and banners of Benin. Rivière Froide is a community of sculptors living on the banks of the river that passes through the city’s Carrefour neighborhood, who carve their work from limestone and other detritus found at the water’s edge. At the southern end of Grand Rue, the main avenue that runs north to south through downtown Port-au-Prince, artists make assemblages that transform the detritus of the world’s failing economies into apocalyptic images. Sculptors include Katelyne Alexis, Karim Bléus, Jean Hérard Céleur, Myrlande Constant, Lhérisson Dubréus, Ronald Edmond, André Eugène, Guyodo (Frantz Jacques), Ti Pelin (Jean Salomon Horace), Evel Romain, Jean Claude Saintilus, and Yves Telemaque.

The exhibition includes a selection of photographs and films that further contextualize Port-au-Prince as a far more complex city than is often represented in the news. Photographers Josué Azor, Maggie Steber and Roberto Stephenson portray the city as one of radical sexual politics, seductive interiors and informal economies, as well as loss and destruction. Meanwhile, the film series illustrates many decades of the city’s history, with a program including includes Beatriz Santiago Muñoz’s Marché Salomon (2015), a poetic response to the lives of the market people of Port-au-Prince; and Jørgen Leth’s Dreamers (2002), a decades-long tribute to the last generation of Haitian artists.

Additionally, an installation pays tribute to Port-au-Prince’s innumerable barbershops, constructed and furnished with off cast materials and distinguished by vivid portraits of both foreign and domestic athletes, rappers, and models. Organized by Richard Fleming, the installation at MOCA features newly commissioned portraits by painter Michel Lafleur, and will provide visitors the opportunity to get a haircut from a Haitian barber.

“PÒTOPRENS: The Urban Artists of Port-au-Prince” was organized by Pioneer Works, with special advisor Jean-Daniel Lafontant. The exhibition was made possible with generous support from the Jerome L. Greene Foundation and the National Endowment for the Arts.
The presentation at MOCA is generously supported by the Green Family Foundation, Inc. Special thanks to Sharona El-Saieh. MOCA’s exhibitions and programs are made possible with the continued support of the North Miami Mayor and Council and the City of North Miami, the State of Florida, Department of State, Division of Cultural Affairs and the Florida Council on Arts and Culture, the Miami-Dade County Department of Cultural Affairs and the Cultural Affairs Council, the Miami-Dade County Mayor and Board of County Commissioners.

Pierre Adler
Haiti San Manti (Haiti Without Lies), 2017
8 minutes
A self-taught visual artist who lives and works in Haiti, Pierre Adler worked for Radio Télé Guinen and does regular camerawork for the Ghetto Biennale. He is also a founding member of the artistic and social movement Nou Pran Lari a. In Haiti San Manti, Adler takes the viewer on a hypnotic tour of Port-au-Prince and its everyday urban life by documenting markets, food stalls, and Vodou ceremonies.

Romel Jean Pierre
Plezi Gede (Enjoy Gede), 2012
6 minutes
Plezi Gede is an experimental piece set in Port-au-Prince. It fuses performance art and Vodou practice into a rhythmic and entrancing film that asks: What is the spirit’s value for the city, and what is the city’s value for the spirit? The film’s director, Romel Jean Pierre, is a young, experimental filmmaker and a member of Atis Rezistans, a collective of contemporary assemblage artists based in Port-au-Prince.

Stanley Cypher
L’Art en Haïti (Art in Haiti), 1950
10 minutes (French language only)
In the style of iconic Pathé newsreels, L’Art en Haïti is a documentary on Port-au-Prince’s Centre D’Art, which was established in 1944 by the American professor Dewitt Peters. The short documentary was produced by the United States Information Service and directed by filmmaker Stanley Cypher.

Rachèle Magloire & Chantal Regnault
Deported, 2013
72 minutes
Deported is a documentary about legal Haitian immigrants with criminal records being deported from the US back to their homeland, with often tragic consequences. It was directed by Rachèle Magloire and Chantal Regnault. Magloire is a Haitian director and producer for Fanal Productions, who formerly was a journalist for several international media outlets. Regnault is a French photographer who is known for her photographs of voguing in New York’s ballroom scene of the 1980s and 90s.

Jørgen Leth
Dreamers, 2002
50 minutes
Dreamers, a portrait of Haitian painters shot over a period of twenty years, was directed by Jørgen Leth, a Danish poet, writer, and filmmaker who’s perhaps most notable for his experimental documentary films, including A Sunday in Hell (1977) and his surrealistic short film The Perfect Human (1967).

Marcos Serafim, Jefferson Kielwagen and Steevens Simeon
Gede Vizyon, 2018
14 minutes
Gede Vizyon takes its viewer on an unusual tour of the Grand Cemetery of Port-au-Prince, Haiti. While exploring the material and immaterial intricacies of the cultural, spiritual and historical space that is the cemetery, the camera takes on a life of its own. Running amok in the labyrinthine structure of its environment, it captures evocative sounds and images on its erratic voyage.

Leah Gordon & Anne Parisio
A Pig’s Tale, 1997
50 minutes
Leah Gordon is a multimedia artist (as well as the co-curator of PÒTOPRENS) whose work explores grassroots religions, class politics, and folk histories. Anne Parisio is an award-winning freelance documentary director. Together they created A Pig’s Tale, a documentary linking Haitian pigs, Vodou, and US economic imperialism. 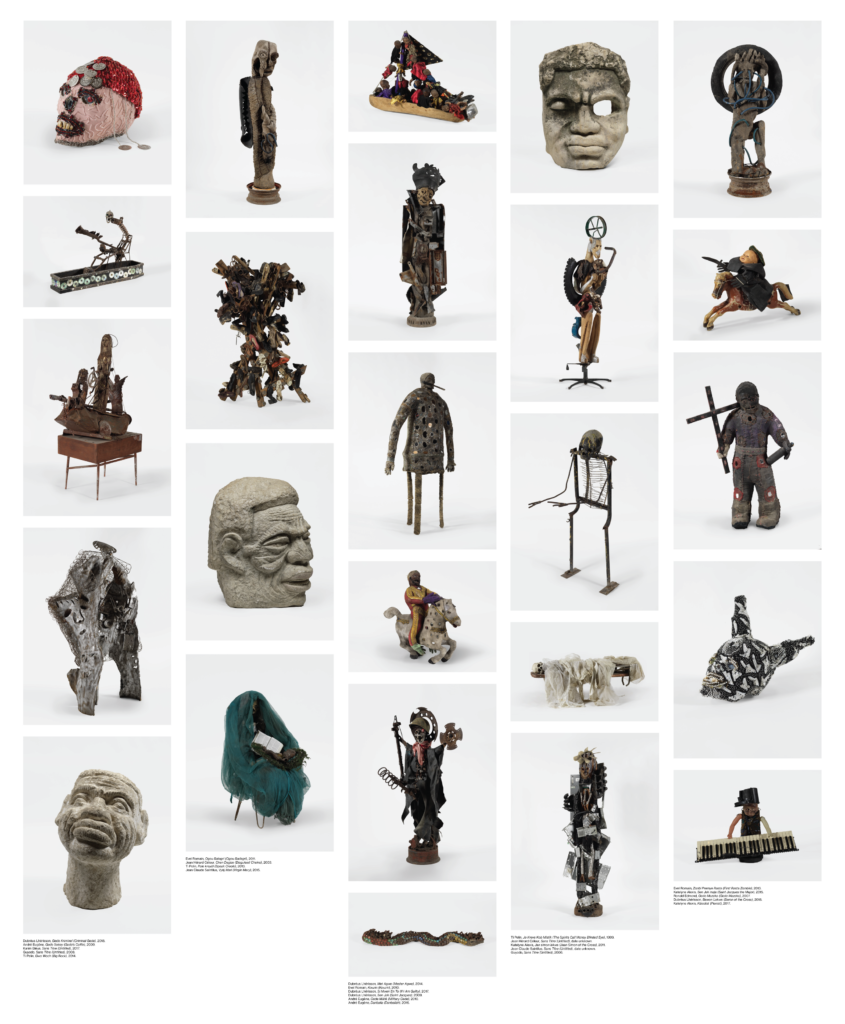