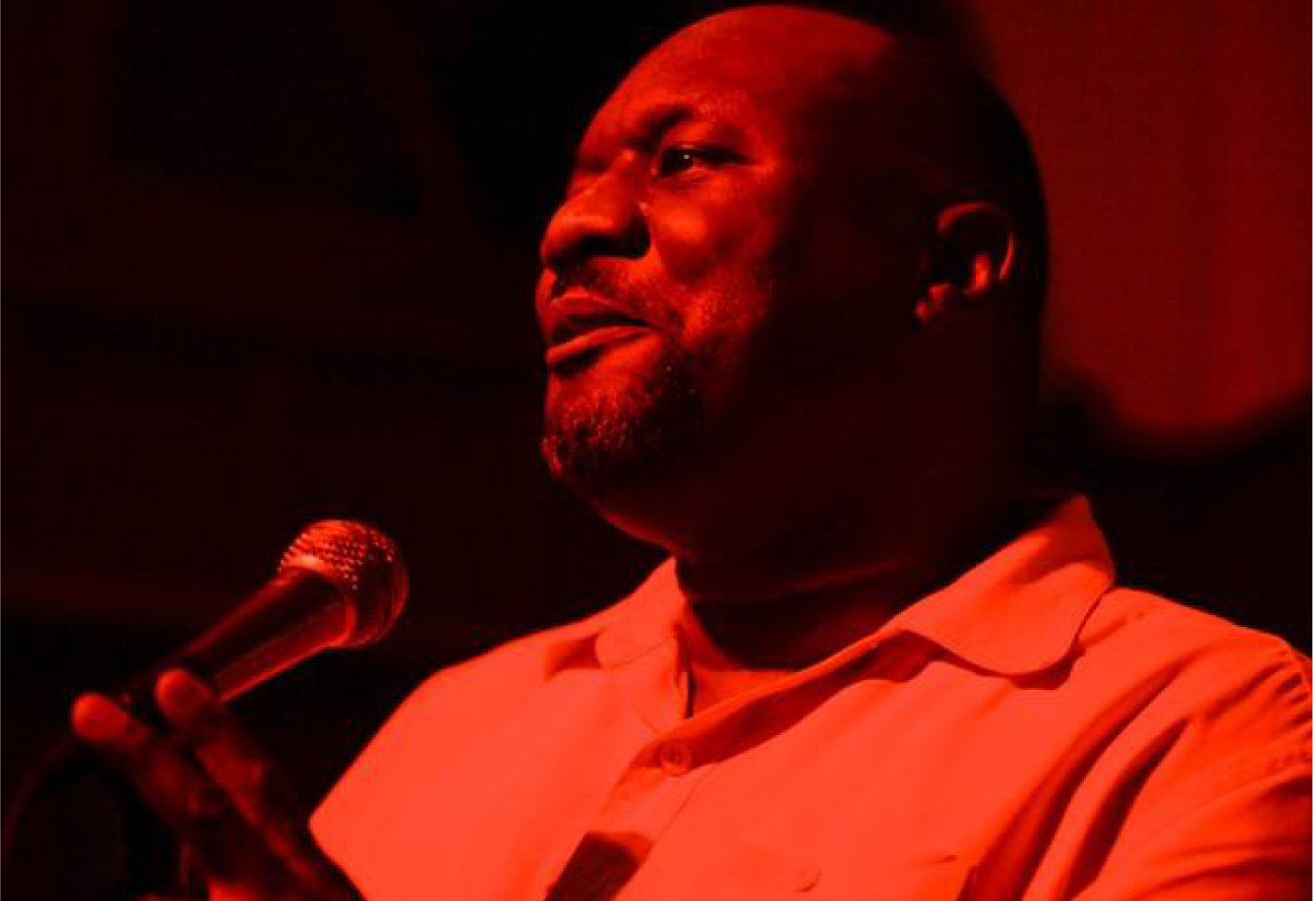 Captivating, soul stirring, earthy and funky. These are just some of the words used to describe the song stylings of
LeNard Rutledge. Growing up in Miami, Florida, LeNard was always surrounded by many different musical styles. His parents had an extensive music collection ranging from Classical, Jazz, Hymns and the funk of James Brown.

In the fall of 1986, LeNard sang the ballad “Teach Me Tonight” at St Augustine’s College’s Annual Spring Concert. His confidence grew as he sang more songs, which led to other projects such as studio work and voice-over jobs. For fear of letting his drumming chops falter, LeNard played at clubs to keep the rust away. A musical friend (Rick Best) introduced him to song writing.

In May 1997, LeNard moved back to Miami. In October 1997, LeNard auditioned as a vocalist for the Melton
Mustafa Orchestra. He got the gig and was the featured vocalist until 2003. LeNard has been a featured vocalist at area jazz spots in South Florida. The Museum of Contemporary Art, the Van Dyke Café and O’Hara’s Jazz Pub are the most notable. LeNard has shared the stage with a number of highly respectable jazz artists such as: Nnenna Freelon, Dee Dee Bridgewater, Kenny Drew Jr., and Harry Allen. In May of 2006, LeNard was named BEST JAZZ ARTIST by the Miami New Times magazine. His first CD, Hello World, was released that year.