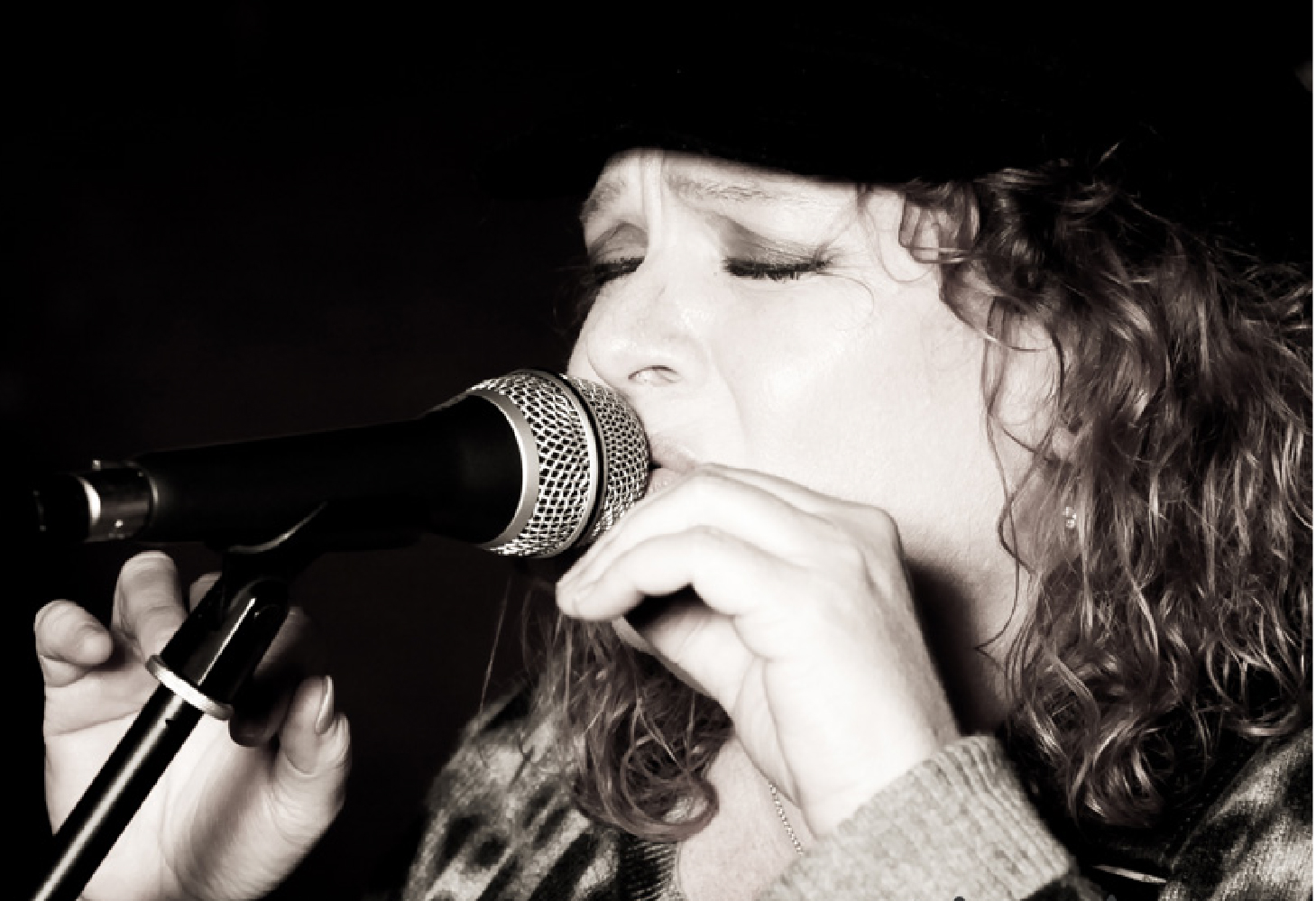 With riffs that can bring down the house and a voice to shake hearts, Rachelle Coba is a torrential force that sweeps away every audience. With her expertise in string instruments, Rachelle works magic to create amazing cover arrangements—acoustic or electric. In this role she played countless festivals including the Chicago Bluesfest and the Kerrville Texas Folk Festival, and she opened for numerous acts like Johnny Winter, Coco Montoya and Koko Taylor. Miami is where she would make a life changing encounter with blues legend Buddy Guy. Since then, she has toured and performed with Super Chikan, Albert Castigila, Grady Champion, and Ray Drew. Rachelle has consistently brought the house down to cheering audiences around the world by bringing her own high-powered brand of Blues onto the stage. Her take on the blues is unexpectedly honest and mesmerizing. With her debut CD, “Mother Blues,” a critically acclaimed solo release now available, she has recently relocated back to South Florida from Wichita, Kansas. She has an exciting new trio and is playing to steadily growing audiences in the US and abroad. After years of performing in festivals like Chicago Blues Fest and opening for renowned artists as a side-woman, she crafted her own style and formed The Rachelle Coba Band. Recently, she has opened for Dr. John, The Cate Brothers, Karen Lovely, Candye Kane, Earl and Them, Hadden Sayers, Hamilton Loomis, TUF. She has played with Eddie Turner, Iko-Iko, Joe Pitts, Stacy Mitchheart and many others. Her debut album, Mother Blues, epitomizes her talent as a solo powerhouse and earned her a nomination for Blues Blast’s Best New Debut CD Award in the same year. With her quartet, she continues to grace the stage as one of blues’ most tenacious guitarists.
Quotes

“Now I know many of you may not have had the pleasure of hearing this smoking guitar powerhouse and singer… But I have to tell you this, you WILL be hearing more of this amazing artist. Her performance at the Blues Blast Awards was stunning! Once she started her set, a hushed silence fell over the entire crowd. It was one of the highlights of all of the performances at the awards show.” – Bob Kieser, publisher, Blues Blast Magazine

“Hotter than Georgia Asphalt in the summertime… She rocked and was so incredible she had two standing ovations.” – Liberty Press

“Ive seen her perform with just a guitar and a microphone, but her stripped-down show is visceral and energetic. She never misses a beat as her groovy but aggressive guitar style contrasts beautifully with her passionate, old school growl.” -Women’s Focus Magazine