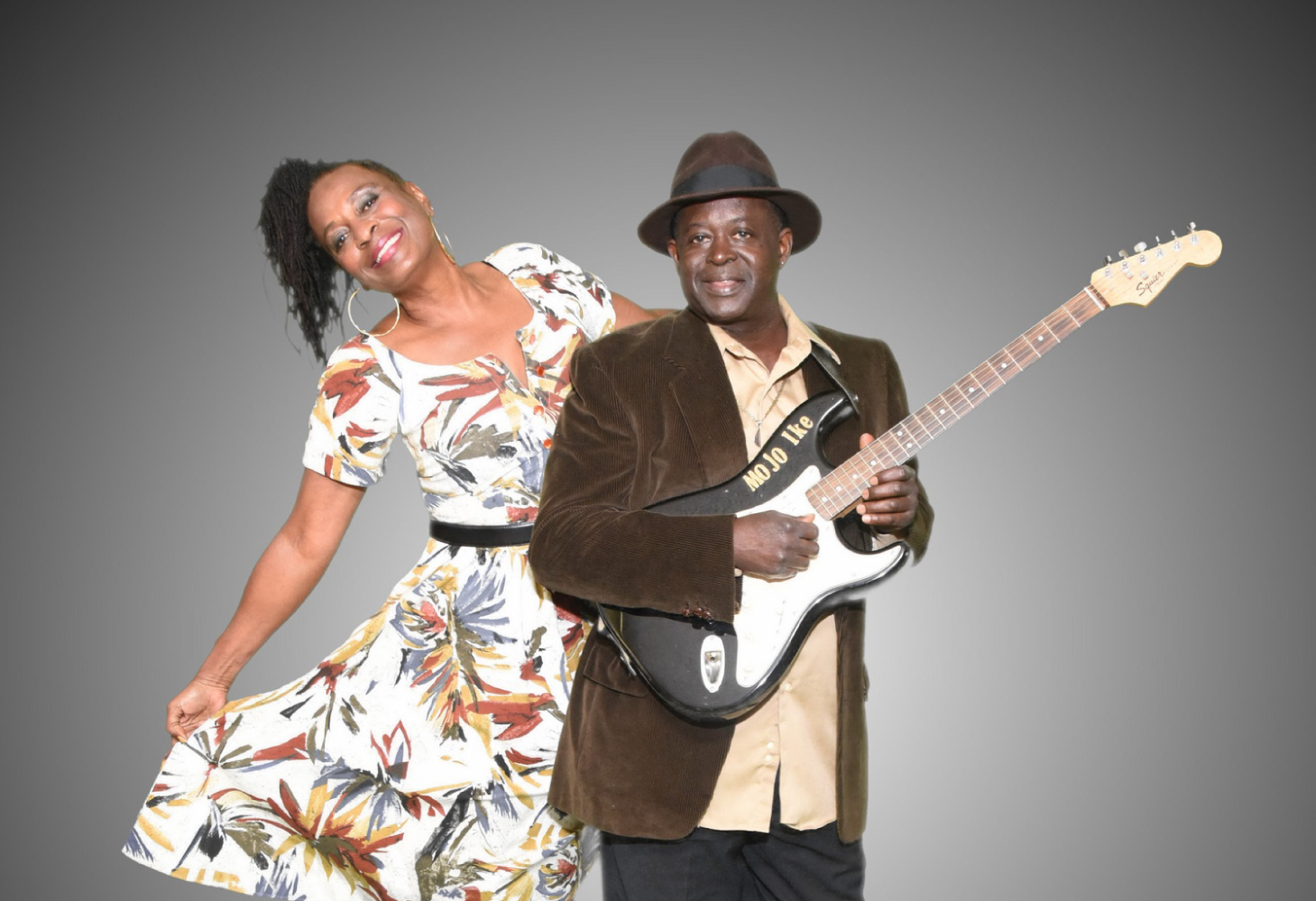 Grammy-nominated artists Ike and Val Woods have performed throughout the United States, Europe and the Caribbean. The Miamibased blues duo completed their most recent CD, “Movin’Up,” after returning from an eighteen city European Tour where they electrified their audiences with their high energy yet soulful Blues performances.

Band leader and lead vocalist/guitarist Ike Woods has enjoyed a long and productive career, first as a sought after sideman and later as the front man for his own band the Ike and Val Woods Blues Band. At the age of seventeen Ike auditioned for Jazz greats Nat Adderly and Curtis Fuller at a high school music workshop. They immediately offered this exciting and accomplished young guitarist the opportunity to travel to New York and play with them professionally. Ike, however, chose to remain in Florida to finish his education and pursue his career.

He went on to play professionally with Florida bands led by Dick Knight, Richard Strahan, Forest (Tex) Beverly, Joey Gilmore, Joe Orr, Betty Wright and Jimmy BoHorne. During this period in his career Ike was also a highly sought after studio musician due to his versatility and high skill level.

At the age of thirty-five he met singer/songwriter Valerie Hall (who performed in her own band “The Valerie Hall Band”) during a rehearsal of a local church choir. Val encouraged Ike to start his own band. Ike took her advice and asked her to join him as the co-lead vocalist. This was a match made in heaven as the two formed the Ike and Val Woods Blues Band and later married.

The new LP “Movin’ Up” highlights Ike Woods’ virtuoso guitar performances along with Ike and Val’s soulful blues vocals providing the listener with a musical experience second to none. The LP was produced and engineered by Grammy-award-winning producer Gabriel Cifuentes. The first single release from the LP entitled “The Party’s Jumpin’” has held the number three spot on the Reverbnation local blues chart for eight weeks.

“Miami resident Ike And Val is a excellent example of a blues duo that elegantly leverages their originality and compositional skills to the service of modern entertainment. Their new single ‘The Party’s Jumpin’ demonstrates sublime musical stylings that are sure to appeal to mainstream audiences. This blues duo with a performance flair has the right look and the right attitude to become a proper blues-magnet and audiences around the world are beginning to acknowledge the fact that a new creative force has arisen. Where will they take it from here? We suspect this duo will navigate the future on their own terms, given their obvious passion and musical skills.”
-Alexis Adams – Marquis Global Network


“’A striking melange of blues and R&B sensibilities, ‘Movin UP’ illustrates the farranging flexibility of Ike And Val’s artistic inclinations – each song on the album is distinctly original, often for a variety of reasons.’”
-Akademia Music Awards