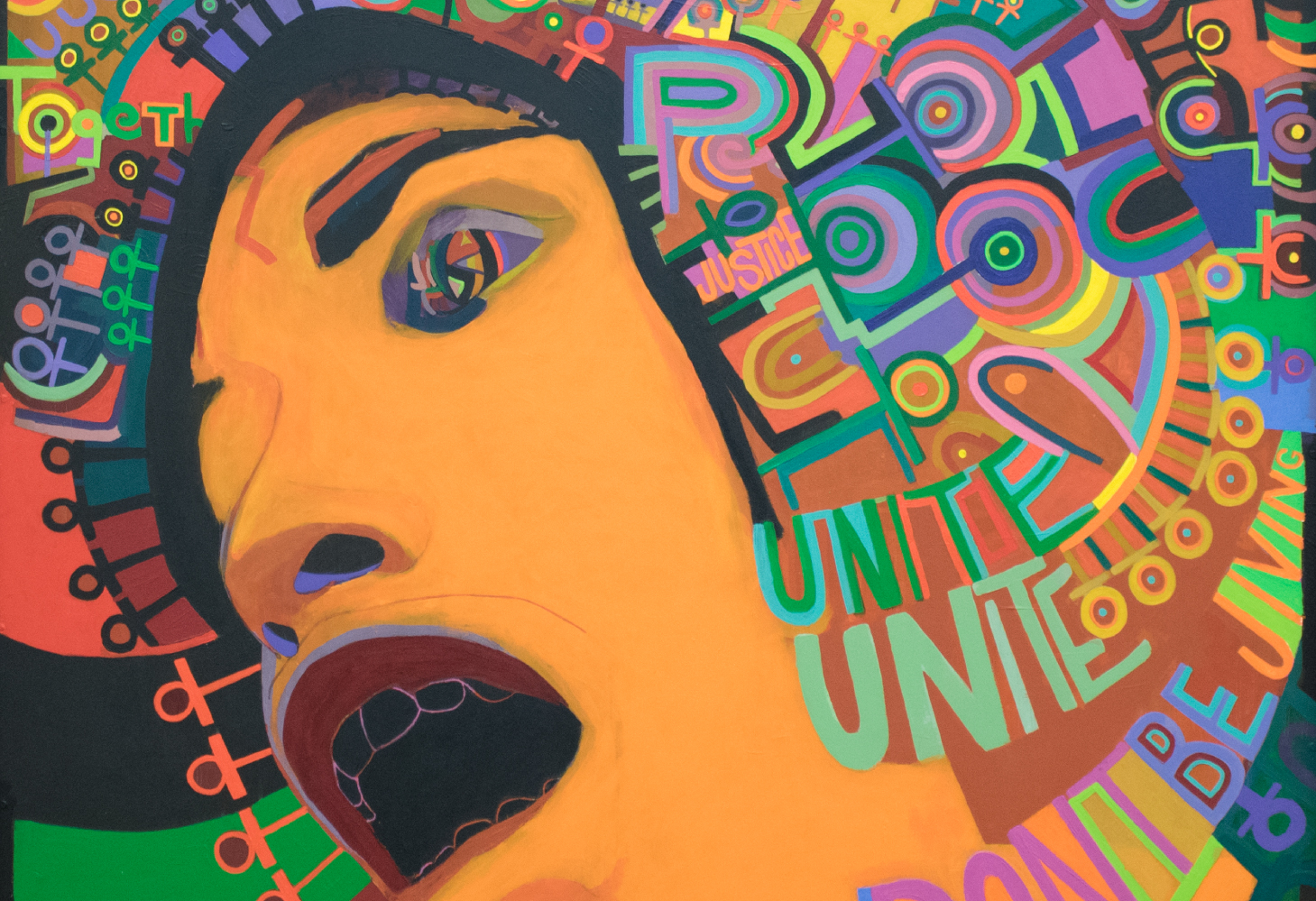 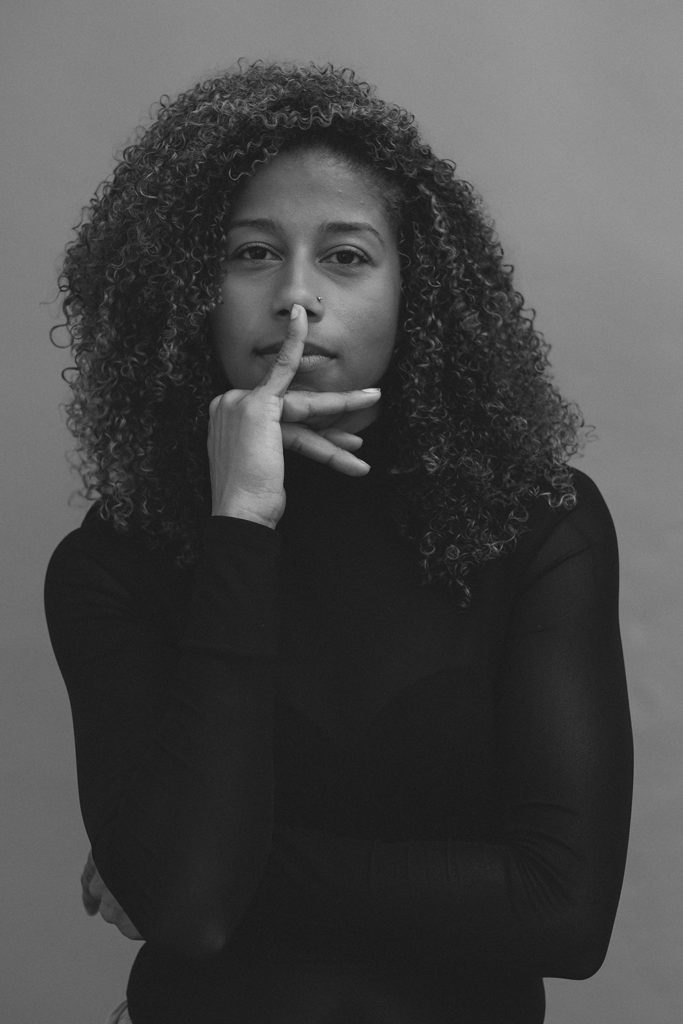 Aja Monet is a Caribbean American poet, performer, and educator. Her poems are wise, lyrical, and courageous. Aja Monet was awarded the legendary Nuyorican Poet’s Café Grand Slam title and has been internationally recognized for combining her spellbound voice and vivid poetic imagery on stage. In 2018, Aja Monet’s first full collection of poetry, My Mother Was A Freedom Fighter, was nominated for an NAACP Image Award for Outstanding Literary Work.  She read the title poem of her collection at the national Women’s March on Washington DC in 2017 to commemorate women of the Diaspora. Aja has independently published several chapbooks including Inner-City Chants & Cyborg Cyphers (2014) and The Black Unicorn Sings (2010). In 2012, she collaborated with poet/musician Saul Williams on the book Chorus: A literary Mixtape, an anthem of a new generation of poets. Aja Monet currently lives in Little Haiti, Miami where she is co-founder of Smoke Signals Studio, a community collective dedicated to music, art, culture, and community organizing. Inspired by poet June Jordan’s revolutionary blueprint, Aja facilitates “Voices: Poetry for the People,” a poetry workshop for grassroots community organizers and leaders. The workshop created the first annual Maroon Poetry Festival in Liberty City, Miami to honor elder cultural workers for their commitment to radical truth-telling. She was a featured speaker at TEDWomen 2018 for her meaningful work in South Florida with Smoke Signals Studio. 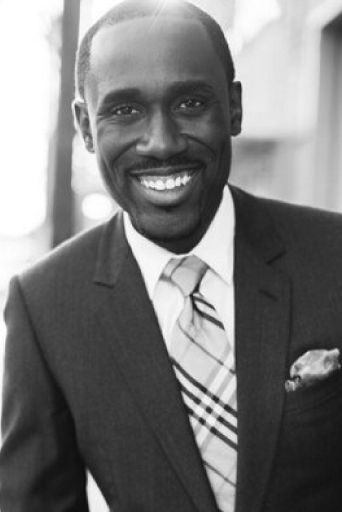 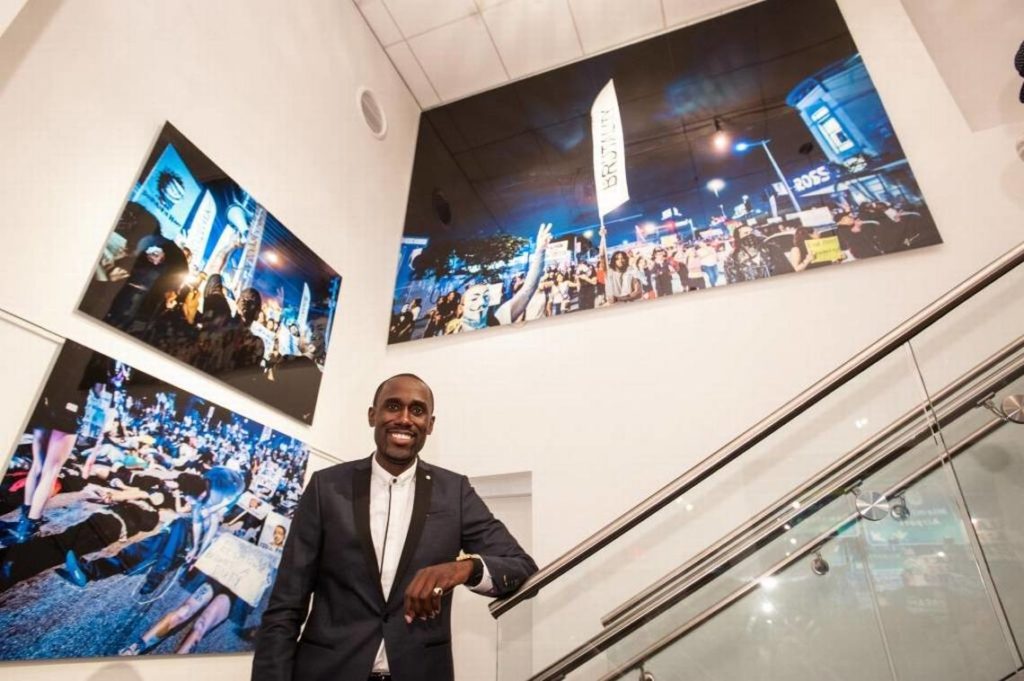 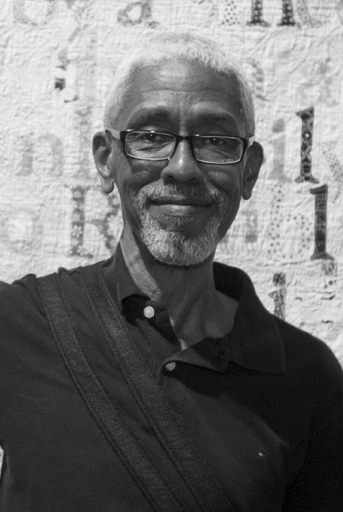 Shabaka, as photographic documenter and artist, often working in process with one, or possibly more persons, takes photographs not always to show what is in front of the camera, but what is behind the camera in the form of a conceptual approach. Even though trained as a photographer, Shabaka’s images document not a travelogue, but a quest. These quests often take the form of “walks” while gathering ephemeral bits of the landscape to photograph, be it botanical or geological. Hence, the still image documents a time-based process of movement and gathering. In the end, many of the gathered objects are intensely examined using macro photography which also moves the objects and materials into a different context. A context which orients the materials as precious even as they decay. 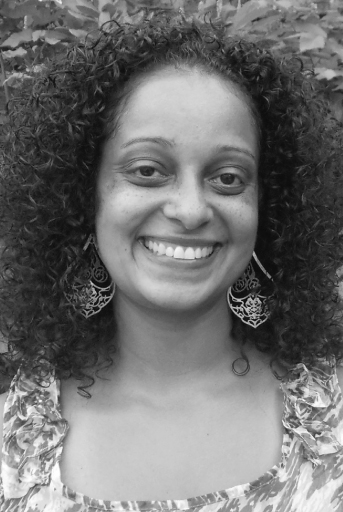 Dr. Clealand received her Ph.D. from the University of North Carolina at Chapel Hill in Political Science and joined the faculty at Florida International University in 2012. Her research examines comparative racial politics, group consciousness, black public opinion and racial inequality with a focus on the Spanish-speaking Caribbean and the United States.

Dr. Clealand’s book, The Power of Race in Cuba: Racial Ideology and Black Consciousness during the Revolution, winner of the 2018 Best Book Award from the Race, Ethnicity and Politics Section of the American Political Science Association, examines racial ideology and the institutional mechanisms that support racial inequality in Cuba as well as black public opinion. The book outlines structural racism the island and the experiences of discrimination that create a foundation for black solidarity. Through survey, ethnographic, and interview data, The Power of Race in Cuba draws from the many black spaces on the island, both formal and informal, to highlight what constitutes black consciousness in Cuba.

Dr. Clealand’s current projects focus on racism and black consciousness in Puerto Rico and political attitudes and identity among Afro-Latinos in the United States. Dr. Clealand teaches courses such as Caribbean Politics, Cuban Politics, Black Politics in the Americas, Latino Politics, and Race and Politics in the United States. She is the recipient of the McKnight Junior Faculty Fellowship for the 2017-2018 academic year. Before joining the faculty at Florida International University, she was a visiting fellow at the Department of African American Studies at Princeton University.