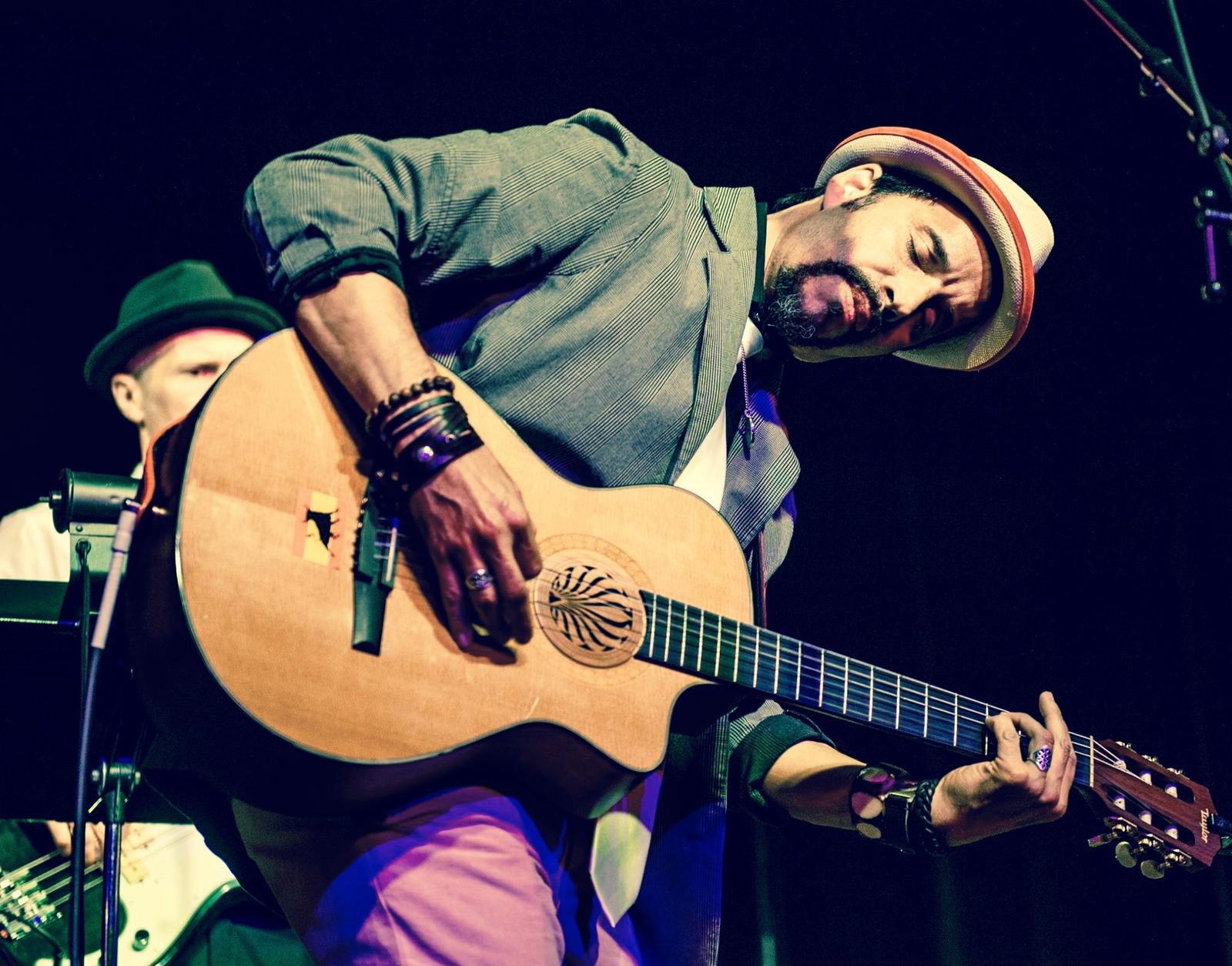 What do you think you get when you cross a Cuban-born, New York City raised singer/ songwriter residing in Miami’s off center culture mix? You’d most likely wind up getting the sonic kaleidoscope of Fulano (Elsten Torres). Fulani is a two – time GRAMMY nominated and multiple BMI award winning singer/songwriter.

A sprinkle of British signature pop, with a dash of Cuban Troubadour roots and a chunk of Americana heartland soul, Fulano offers a distinctive breathe of fresh musical air developed through years of writing and performing all over the world. His voice resonate with the maturity of his tongues. The songs blend the elements of his musical sensibilities within a diverse but heartfelt multi-color landscape.

After a very active touring schedule in 2014, Fulano starts off 2015, in the studio recording his new album of his greatest hits, “Exits Acusticos” with his long time GRAMMY winning producer, Rodolfo Castillo. This album highlights his biggest hits recorded by internationally known Latin artists, performed in his own unique, alternative pop, organic style. He is now on a promotional tour supporting the release of, “Exitos Acusticos”.

A consistently forward thinking artist who along with his band, “Fulano De Tal” helped pioneer the Latin rock movement in the late 90’s, Fulano continues to seek new horizons to not only further his musical ideals but to also find ways of using his talents for charitable causes such as helping the homeless and the terminally ill.

“Really digging this record of yours. Love the combination of instruments and the intimacy of the recording. Very fine songs, I hope it has many listeners. ”- Elvis Costello

“You’ve got to start with a good composition. After that it’s up to the musicians and arrangers. Here are two cases in point. Singer/songwriter/guitarist Elsten Torres fronts a stripped down band with Brendan Buckley/perk/vibes/key/g and Joe Ayoub/b along with a plethora of various guests on this indie-sounding confessional. Torres’ voice is earnest and earthy, and his vocals are vulnerable. The songs are reminiscent of the style of John Hiatt or Kenny Rankin from the 70s; unpretentious and natural, feeling more personal than musical.” – George W. Harris, Jazzweekly.com

“Born in Havana, Cuba, and raised in New York City, this traveling troubadour represents a new generation of bilingual singer/songwriters. In 2005, Fulano’s career reached an important milestone: His song, “Todo el Año” (“All Year” recorded by Obie Bermudez), received a Latin Grammy nomination for Song of the Year, its success coming from a five-week consecutive run at No. 1 on the Billboard charts. The beautiful ballad also earned Fulano a 2006” – BMI Latin Award. bmi.com/news