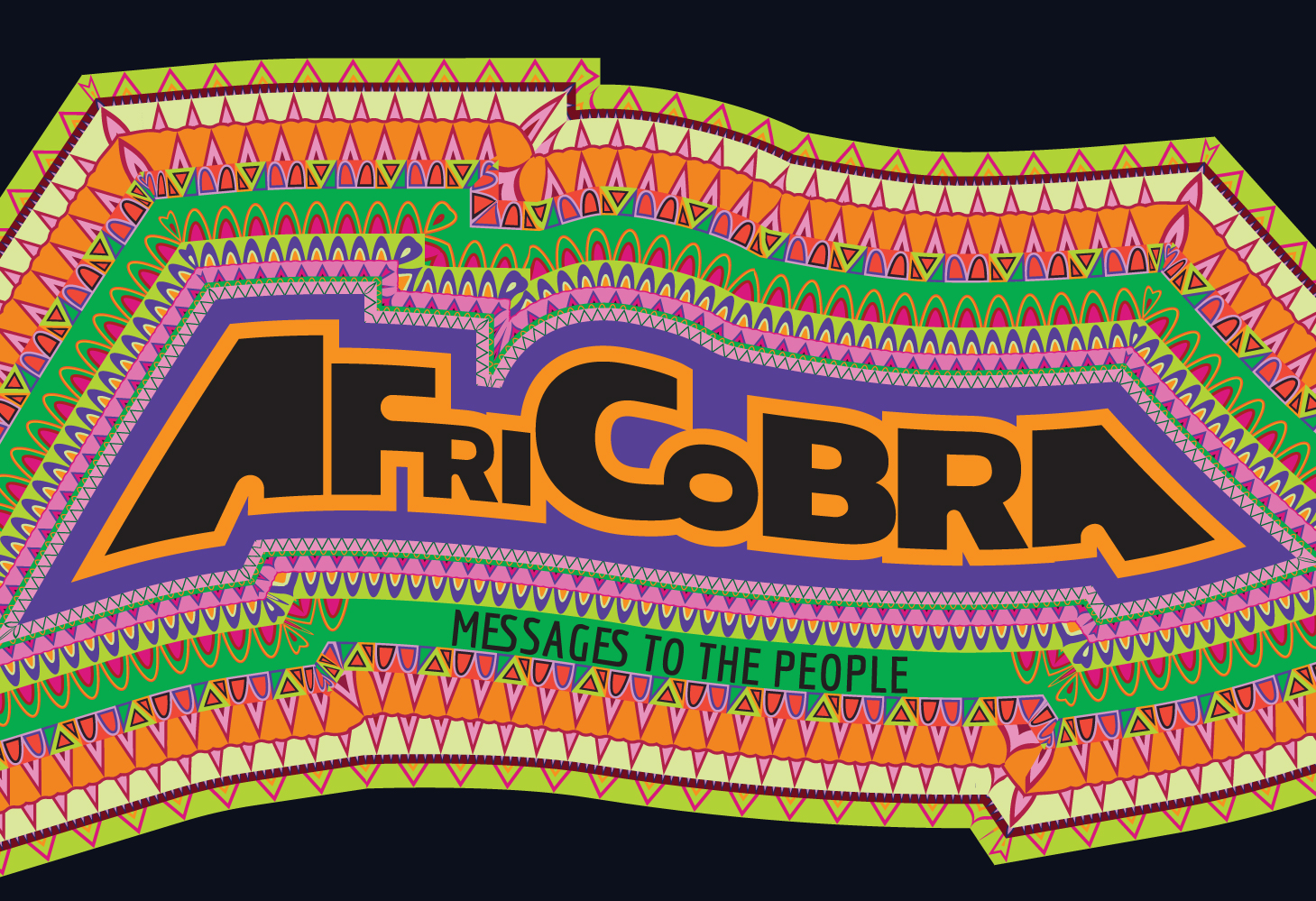 AFRICOBRA: Messages to the People

MOCA presents a groundbreaking exhibition celebrating the founding of AFRICOBRA – the Black artist collective that helped define the visual aesthetic of the Black Arts Movement of the 1960s and 1970s. This year marks the 50th anniversary of the collective, which came out of Chicago.

Art is a tool: a visual language, an experiential form and a revelation. When art successfully combines all of three of these characteristics, it speaks to and moves those who encounter it. The artist collective AFRICOBRA exemplifies these traits while defining for themselves how they want their art to function in the world.

Founded in 1968, by Jeff Donaldson, Jae Jarrell, Wadsworth Jarrell, Barbara Jones-Hogu and Gerald Williams, AFRICOBRA, which stands for the African Commune of Bad Relevant Artists, created images that defined the visual aesthetic of the Black Arts Movement. The artistic movement was a complement to the Black Power Movement that centered the liberation of Black people, taking up and extending the arms of the Civil Rights Movement. The founders, like many artists of the 1960s and 1970s, understood that their artistic voices could contribute to the liberation and continue unifying the Black community as a whole.

On the occasion of the collective’s 50th anniversary, AFRICOBRA: Messages to the People brings together the founding artists with five early members: Sherman Beck, Napoleon Jones-Henderson, Omar Lama, Carolyn Lawrence and Nelson Stevens to look back at their early contributions to the shaping of AFRICOBRA while presenting the artists’ current works of art. These ten artists provided an artistic foundation from which the group evolved over time through the guiding philosophy of art for the people, art that appeals to the senses, and art that is inspired by African people. The artists presented this as a unit in the exhibition Ten in Search of a Nation organized by the Studio Museum in Harlem.

With Ten in Search of a Nation as the framework, the show at the Museum of Contemporary Art North Miami will introduce the foundational work of one the longest organized artist collective and the ways in which they used a visual aesthetic as a tool to act: communicate with their community, resist mainstream narratives about Black people, and encourage unity through community. Through a selection of mixed-media works, installation, archival documents and photographs and oral histories, AFRICOBRA: Messages to the People will also connect to the Miami as a place, by extending an invitation to the community to participate by sharing their stories from the Black Power period, ways in which community exists for them in the city, and stories of family.

AFRICOBRA: Messages to The People is made possible with the generous support of Miami MoCAAD, Miami Museum of Contemporary Art of the African Diaspora. ​Additional support is provided by Lehman Autoworld and Kavi Gupta Gallery. ​​The forthcoming catalogue is made possible, in part, by the Elizabeth Firestone Graham Foundation. MOCA’s exhibitions and programs are made possible with the continued support of the North Miami Mayor and Council and the City of North Miami, the State of Florida, Department of State, Division of Cultural Affairs and the Florida Council on Arts and Culture, and Miami-Dade County Tourist Development Council, the Miami-Dade County Department of Cultural Affairs and the Cultural Affairs Council, the Miami-Dade County Mayor and Board of County Commissioners. ​

Saturday, January 26  •  11:30am–1:30pm
Archiving Your Family History
The Black Archives History & Research Foundation of South Florida, Inc. will share tips and tricks on starting your family archive and building a strong repository to pass on for generations. Bring your questions and family information (names, birth dates, place of birth, etc.) and learn how to research and archive your family history.

Wednesday, February 6  •  Doors open 6:30pm
MOCA Moving Images: Through a Lens Darkly
This documentary explores the role of photography in shaping the identity, aspirations, and social emergence of African Americans from slavery to the present.

Saturday, February 9  •  11:30am–4:00pm
Oral History Project: Messages from Our People
Miami locals are invited drop into MOCA to share their messages and stories as a part of MOCA’s AFRICOBRA inspired oral history initiative. All stories will be archived with Black Archives.

Tuesday, February 12  •  6–8:00pm
Conversations on Race: The Appreciation of Blackness
Join us for a thought provoking conversation led by Collaborising founder Lea Murray.

Wednesday, February 27  •  Doors open 6:30pm
MOCA Moving Images: Am I Too African to be American? Too American to be African?
This documentary explores the complex identity formations of young African women living in America and West Africa and how they wrestle with concepts of race, complexion, gender, and heritage among other issues. Followed by a discussion led by Dr. Mariama Jaiteh.

Wednesday, March 6  •  Doors open 6:30pm
MOCA Moving Images: Free Angela and all Political Prisoners
A documentary centered on the struggle of activist Angela Davis, whose affiliation with the Communist Party and the Black Panthers challenged our perceptions of political freedom in America.

Wednesday, April 3  •  Doors open 6:30pm
MOCA Moving Images: Black Power Mixtape
This documentary examines the evolution of the Black Power movement in American society from 1967 to 1975. It features an engaging history of AFRICOBRA, exploring the group’s activities beginning with its founding in the turbulent 1960s.