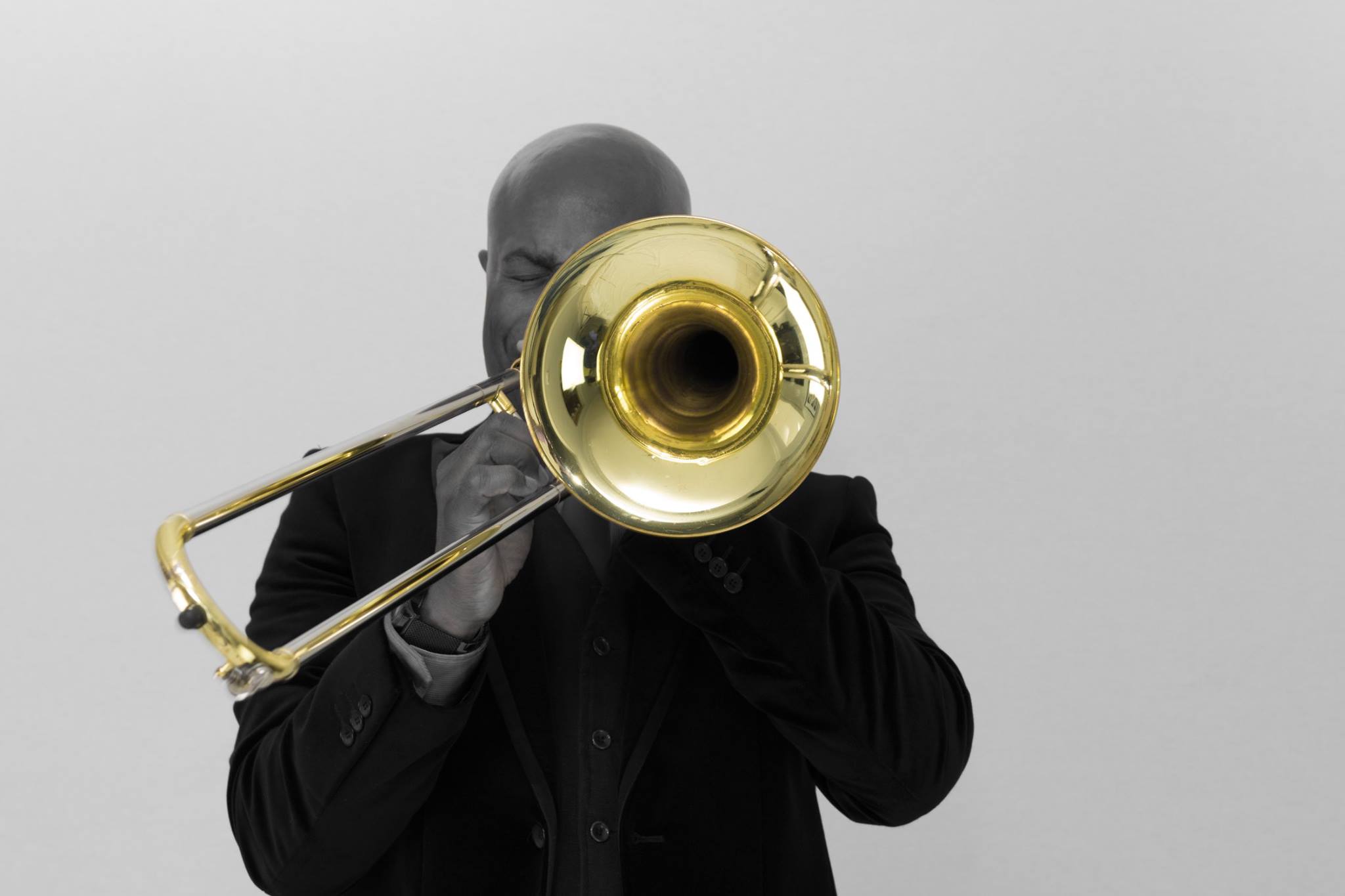 Julio Montalvo is one of the leading trombonists from the island of Cuba. Songwriter, producer, arranger and session musician, he also appears as a solo artist, directing his own project since 1998, in which he blends Afro-Cuban rhythms with elements of modern Jazz to achieve an ingenious style – New Latin Jazz.

He has collaborated with the leading stars of Pop and Rock in Spain. He won a Grammy Award for co- producing the Acoustic David Bisbal “A Night at the Theatre Royal” where he participated as co-arranger and multi-instrumentalist.

In July 2013 he created the Julio Montalvo Big Band, a 20-musician orchestra that gives us an intimate yet entertaining show, backed by musicians of the highest standard.

In 2008, he founded his own record label, Montalvo Records, with more than 10 recordings already produced.

“Applause and human warmth were what they received in this first intervention, with which they hooked the audience. After that, Julio Montalvo introduced the band and attacked a piece of their creation, titled “South West”, in which Yoel Paez carried out a masterful introduction… After that, the group unfolded their individual interventions as a sample of the knowledge of these great Caribbean musicians.” – Andrés Garrido, opinar.net (Transl. Google)