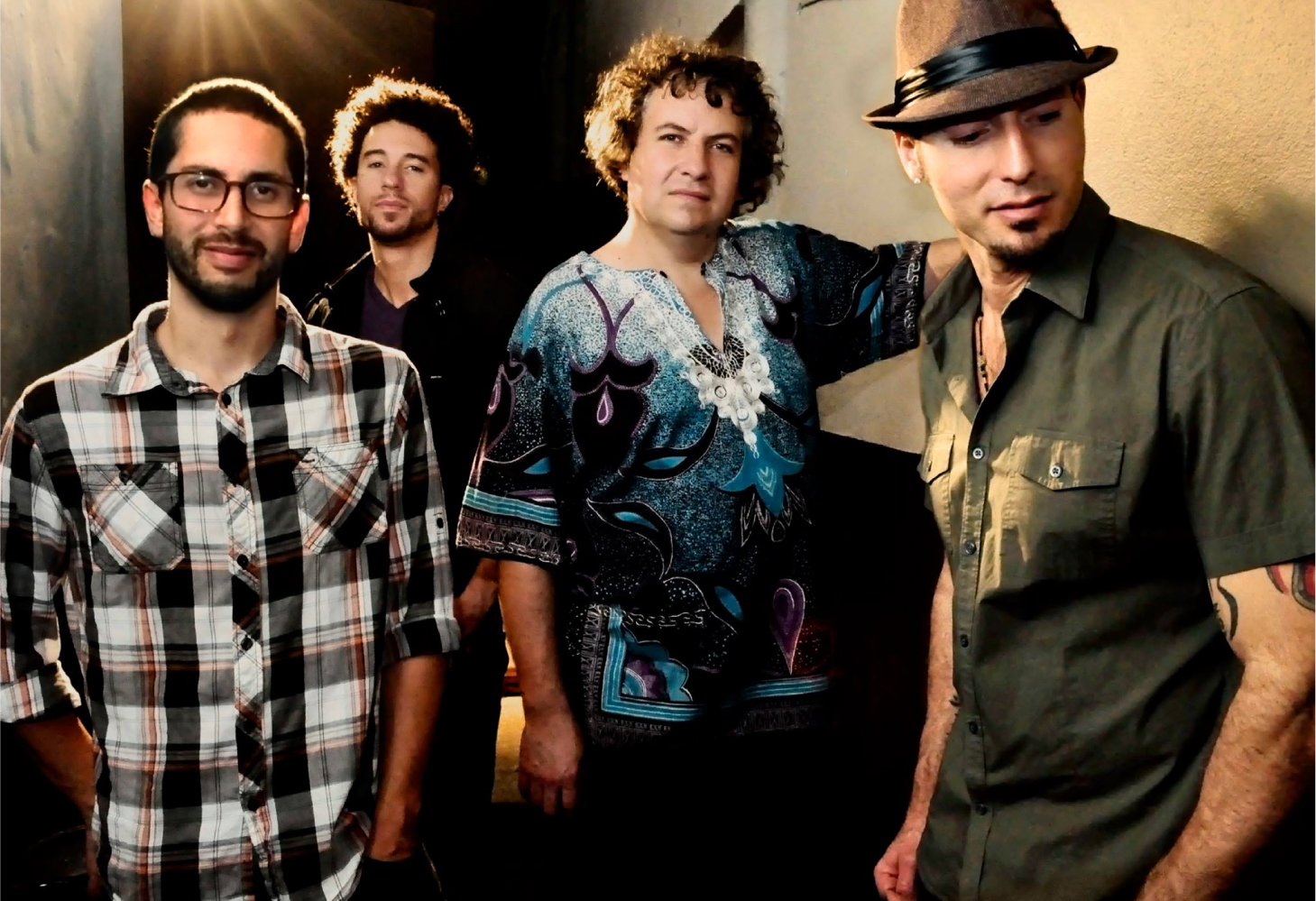 Aaron Lebos Reality is a powerful and unique original music group from Miami, Fl., whose music encompasses styles of Jazz, Funk, Rock, R&B, Latin and World Music. Since forming in 2012, Aaron Lebos Reality has exploded in South Florida attracting both the highest-level musicians and the mainstream audiences. Playing at Miami’s premier venues, the group has been showcased on NPR numerous times. Aaron Lebos is a well-known, versatile guitarist born and raised in the South Florida area. He received his Bachelors from the University of Miami and a Masters at Florida International University, both in Jazz Performance. Aaron developed much of his versatility playing gigs, touring and recording in the diverse South Florida music scene. He currently also plays with some of the biggest names in South Florida such as Nicole Henry, Tony Succar and The Spam All-stars as well as doing many other gigs and sessions.

The group is made up of Eric England-Bass, Jim Gasior- Keyboards and Rodolfo Zuniga-Drums, who on their own are some of the most in-demand musicians in South Florida and beyond. They have been friends and played together for years in various groups but joined together in early 2012 for a new project with a new sound and magic happened instantly. The new sound is more contemporary and progressive than Lebos’ previous group and includes many diverse elements including Jazz, Funk, Rock and even one Reggaeton song. Aaron Lebos Reality shows are high-energy bolts of music that have no explanation other than sounds that go straight to the heart of the listener.

On “Hongs” Aaron Lebos makes a musical gumbo with the early 80s atmospherics of The Police and Tangerine Dream flavoring a funky jazz roux worthy of everyone’s ears. It’s difficult to imagine anyone disliking Mr. Lebos in any setting. His music is like a dinner roll, it goes with everything. – Tom Bowker, miamiherald.com

“Four incredible musicians, performing music that is accessible to the uninitiated listener , but still has incredible depth, passion and musical complexity that would appeal to the most discriminating tastes.” – Steve Rucker, Faculty, Frost School of Music, University of Miami