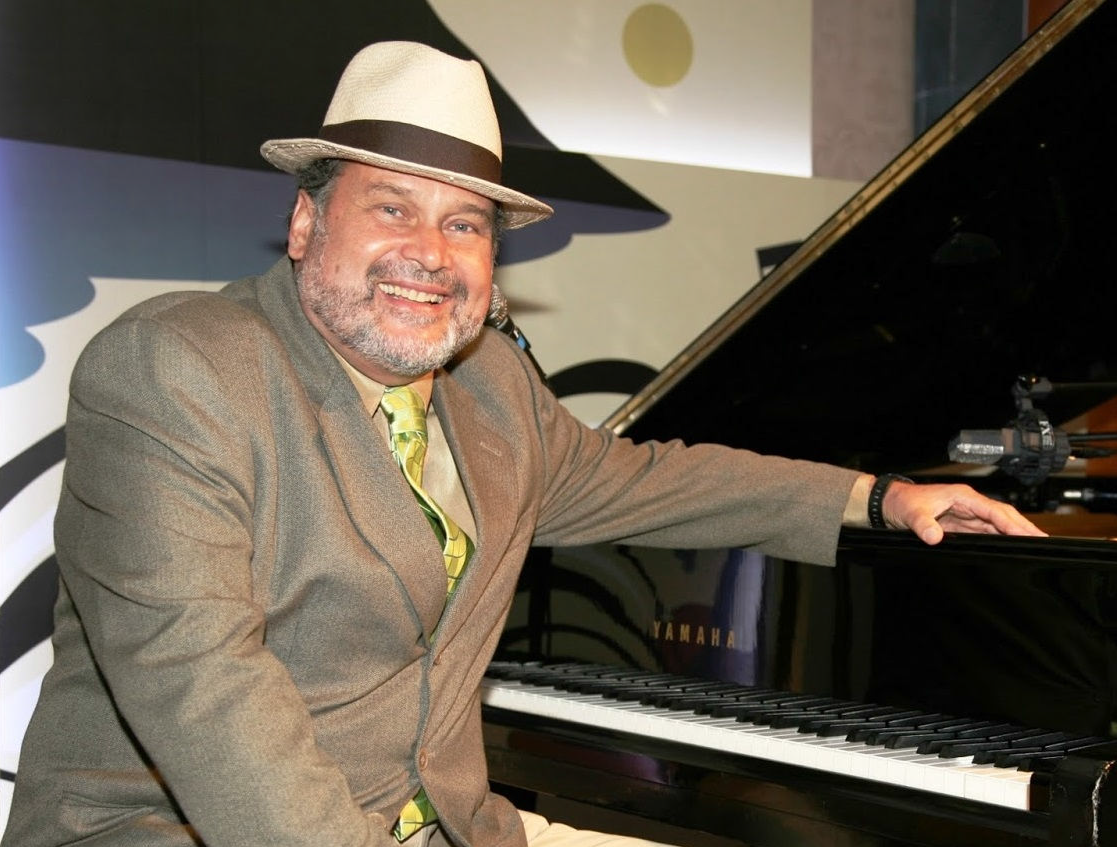 Marcos Ariel is in the forefront of contemporary Brazilian music. His musical style is purely “Carioca” (one who is a native of Rio de Janeiro) plashed with a passion for Classical and Jazz. His enthusiasm as a pianist, flutist and composer is inspiring. As a musician, he is swift and precise transcending genuine warmth that can only be Marcos Ariel.

In his home of Rio de Janeiro, music flourished. His father encouraged him to listen and absorb the masters: Bach, Beethoven, Mozart and Chopin. He later developed an admiration for fellow countryman, Hermeto Pascoal and American contemporary Jazzman Chick Corea.

At a tender age of seven he began studying piano and by 1971 he was studying the flute in the School of Music of the Brazilian Symphonic Orchestra. He was also a professional actor with the Guanabara Youth Theatre. He eventually returned to music performing with a group of musicians and singers playing a Brazilian music style called “Choro” or “Chorinho”. In 1978 Marcos Ariel formed his own band, Grupo Usina, playing his compositions and performing live to various audiences in Brazil with great success. He recorded his first independent record Bambu, which was simultaneously released in France, and again re-released in 2004 by www.whatmusic.com

In 1986 Marcos released another independent album called “Cenas Brasileiras” and was invited to perform at the FREE JAZZ FESTIVAL in São Paulo. Marcos Ariel opened up that evening for the world famous David Sanborn and Stanley Jordan. Marcos took the standing room only audience by surprise, receiving one of the most enthusiastic ovations on that memorable Brazilian night. With such incredible success he was invited to perform at the 1987 FREE JAZZ FESTIVAL, this time in Rio de Janeiro. His high energy group was among the most acclaimed attractions of the festival. This pleased Marcos immensely, as Rio is his hometown. In the next decade, Marcos began to develop his bi-coastal career (Rio de Janeiro/Los Angeles) releasing a series of albums that made his popularity even stronger in both Brazil and the U.S. The first album released in the USA was Terra do Indio on WEA, and soon thereafter it broke national radio ground in 1989. Other releases followed; Zil (Polygram), Rhapsody in Rio and Hand Dance (Nova Records), Soul Song (Tonga Productions), My Only Passion and Magic Eyes (Paras Recordings).

Marcos Ariel’s history and discography have always shown a forward thinking and desire to blend the eclectic approach to the numerous indigenous rhythms of his homeland with American
Jazz.