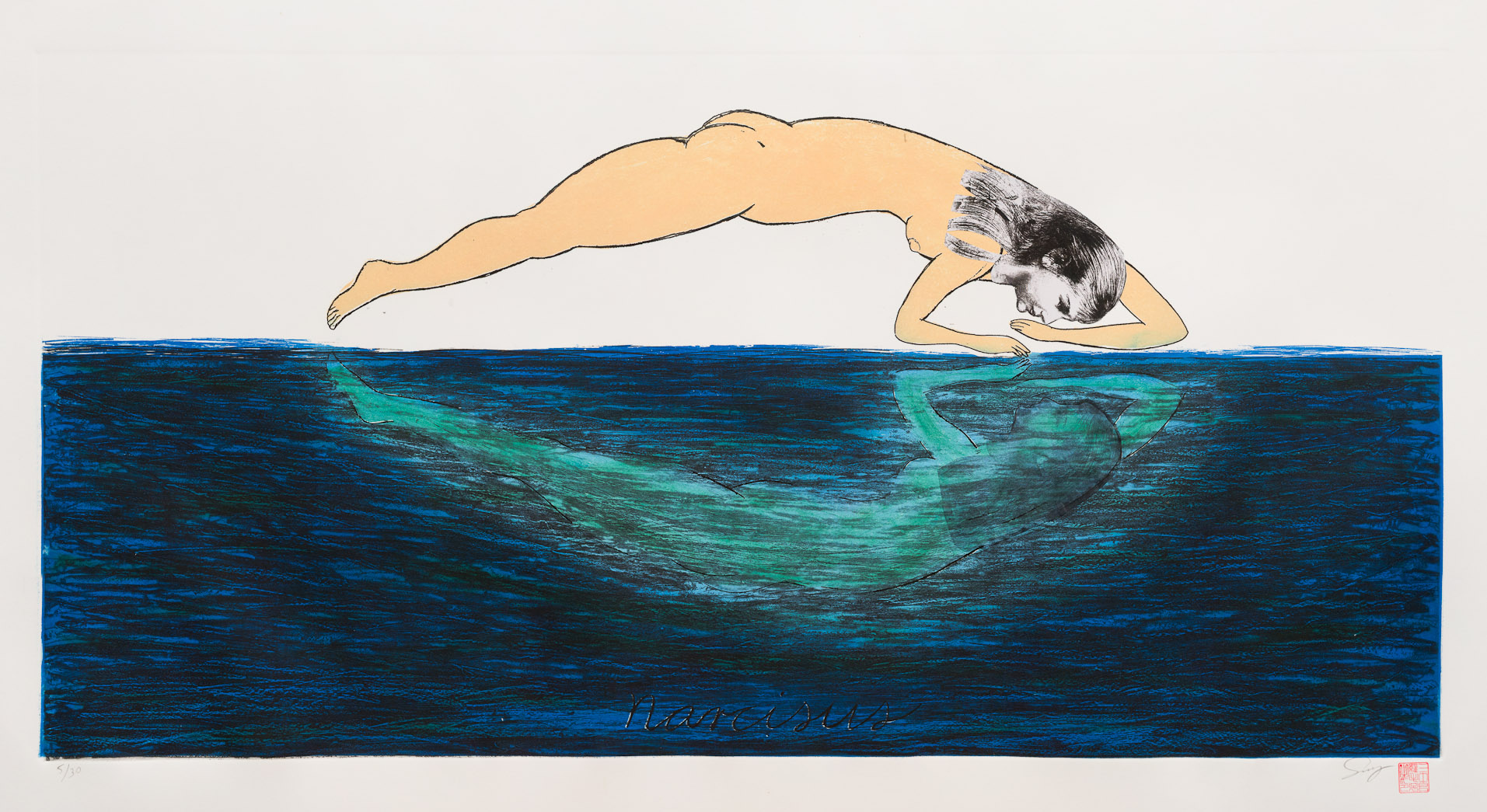 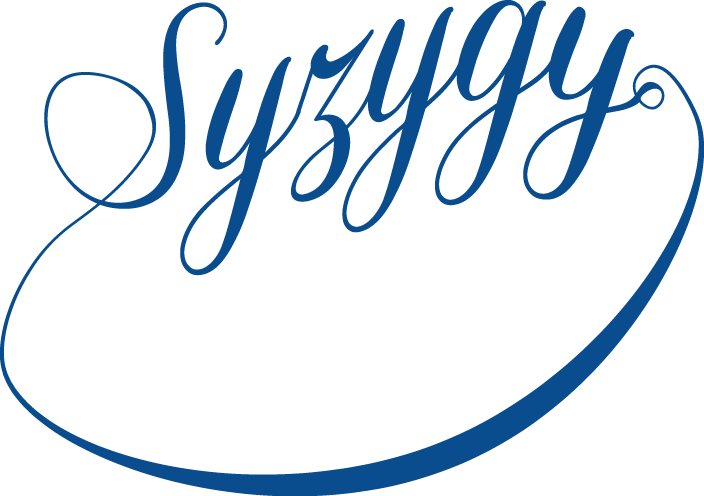 ˈsizijē/
noun
• a conjunction or opposition, especially of the moon with the sun.
• a pair of connected or corresponding things.

What would happen if one woman told the truth about her life? The world would split apart.
–Muriel Rukeyser

Thirty years ago I travelled to Miami with a copy of The Portable Jung in my suitcase. I was a college student raised in rural Missouri. It was my first time in Miami, my first time on a plane. I was also meeting my father, a Cuban exile, for the first time. I’ve written about my father elsewhere, and in that memoir there were many things I withheld. I never mentioned, for example, that in claiming Miami as my new home, I was running away from my old life. The fear of what we are fleeing often motivates us more than what we hope to find upon arrival.

Another thing I left out is that I carried my portable Jung. Was it a talisman? Books were always my security blanket. Did I long to impress my psychiatrist father with my copy of Jung? Probably. I know I didn’t read the entire book, which was way too dense for my mercurial mind that prefers to flit from poem to poem. When Tiffany Madera invite me to write a creative response to the Syzygy exhibition, I searched and to my surprise, my copy of Jung had survived over a dozen moves and numerous book purges. One more surprise: as I thumbed through the chunky volume, I discovered that my twenty-year-old self on that life-changing trip had underlined only one sentence: “Projections change the world into the replica of one’s own unknown face.”

What could that quote have possibly meant to me – a young woman just entering adulthood? I knew I was searching. I knew my identity was in flux. Already the dichotomies were forming: Missouri/Miami; Mother/Father; Secrets/Truth. What I didn’t know is how little tolerance the world has for the conflicted emotions, contradictions, and multiplicities that make up a human being. As women, for example, our multiplicity is often reduced to duplicity. We are this or that. Saint or Sinner. Life bearer or Man eater. Virgin o Puta. Doble cara. Two-faced. You rarely hear that expression applied to men. More recently, our faces are policed even between expressions – aka resting bitch face.

What I’ve learned over time and what the Syzygy exhibition confirms is that in art all things are possible. The artist does not avoid contradiction but rather excavates in search of a more expansive meaning. Yeats writes: “I’m looking for the face I had before the world was made.” To be a woman and an artist is to dive down deep, to dive into the wreck, as Adrienne Rich has written, in search of one’s face – the face that existed before masculine and feminine, before age and beauty. This is the syzygy of the artwork Madera has selected. These works mediate the shadowy territory of animus and anima, male and female, and in doing so, they transcend it. Duality is only useful insofar as it introduces us to more possibilities. Duality is the lock and key that opens the door to multiplicity.

The Syzygy exhibition is not about women’s issues or women’s empowerment. It is a look into the subconscious processes of women. The artwork leads the viewer through inner passages that open out into larger archetypal representations of power, femininity, and sexuality. This is a show that swims in the amniotic fluid of creation. Art mediates between the subconscious, the collective unconscious, and the human being, thereby giving shape and substance to the chaotic realm.

One may say that the very nature of art is to discover nuances and layers of meaning, that complex identity is the wheelhouse of the artist – male or female. However, I say (and I say it humbly because I’m not an art critic. I’m a woman, a mother, and a poet) the multiplicity and complexity that men are allowed in their art, in their personal and public lives, and in the world at large – is still greatly denied to women. For that reason, the interstitial spaces that these works of art occupy is so vital. Syzygy means to make art that is in dialogue with the subconscious. Each work of art is a proposition and a portal and in that opening exists Syzygy, the stickiness and slick of existence, the integration of the female into the male and vice versa.

What follows is an ekphrastic response to the exhibition. It’s a literary collage constructed from prose, poetry, narrative, and dream. I don’t think art wants to be looked at or consumed. Art wants to be accompanied and the deepest way to accompany and pay homage to art is through art. This is the nature of ekphrasis.

What beauty most wants is the freedom to become something else. That is the conundrum of art; that is the riddle of the frame. Each woman knows this. For this reason, she insists on being otherwise.

Flesh and flower, moonbeam and muscle. In the next room, I am measuring the distance between solitude and pleasure.

2.
In Between: Deconstructing an Identity
Alessandra Santos

Alessandra’s thumb presses into a lapel,
the seam of a jacket rips into clitoral light.

Maybe we are as fragile as the threads on the suit of a banker.

Yemayá, mother of all, dueña de todos los mares: I trust your whirling skirts and rabia waves.
I trust your surfaces plácidas and your plummeting depths.

Black threads and bare feet. She ripped through the world, making
and remaking.

4.
me and the cathedral
Barbara Bollini

Blue in many fractions of light.
In one quadrant a car drives
through a child’s face. To the left, a mountain.

In the next room, my daughter studies mathematics and plays with the cat. She watches BuzzFeed and Vine videos. I arrange flowers on the table and simmer a three day’s long broth. Thyme, rosemary, basil.

Silver, slate, argent – the salty color of a cloud about to burst. Natasha, I find myself like you, invisible within the very frame I create. I need a space between rock and shore, crag and sea foam. I need that exact shimmer of light between sea swell and cloud burst. And in the dark, mossy hump of land, hunched on the far shore, almost beyond the frame, I need that flash of orange and red, an inexplicable flame among the damp. I need the impossible. Because I’m a woman. Soy alma y almanaque. Soy amor and armor. I will ask for the impossible, and it will be granted, at least in part.

In the next room the man I have loved is wishing me well. Me desea todas las cosas buenas. Sólo cosas buenas para mí. Don’t be mistaken. When a man wishes a woman well, he’s saying goodbye. He’s leaving with traces of my menstrual blood under his fingernails; my hairs woven into his shirts; mis algas emanando de su cabello; my periodic table on his tongue. In the next room, my ferrous blood burrows into the hexes of his boot soles as he takes his leave, as he wishes me well.

And on the island of Hispaniola, a foot
pierced from too much dancing:

My back is not braided with your muscle.
My mouth is not the color of the earth beneath your feet.

I am a pretty weed that sprouts something poisonous.

You are thirteen strands, eight beads on each one.
104 beads woven between thirsty and mouth.
104 beads between photograph and vengeance.
Together, we breathe sixty-two spaces
between these words that you will never see.

In the next room, my daughter is singing in solfège, her sol reaching past breath.
Her fa breaking past sol.

A golden boat, faces in the water
staring past.

Of course, that’s a lie – seduction is a woman’s defense. She regales onlookers from her golden boat as she sets sail, counting down beauty’s last days.

Yemayá, your altar swells into a sea
garden – cowrie shells, blue glass,
the echolocation of mar and mar adentro.

Yemayá, what if I am
my only opening,
and what if opening
is my only offering?

What happens when 10 talented #Latina #artists come together? My latest story about @MOCANOMI‘s #art #exhibit! https://t.co/qgn1NmjIt1