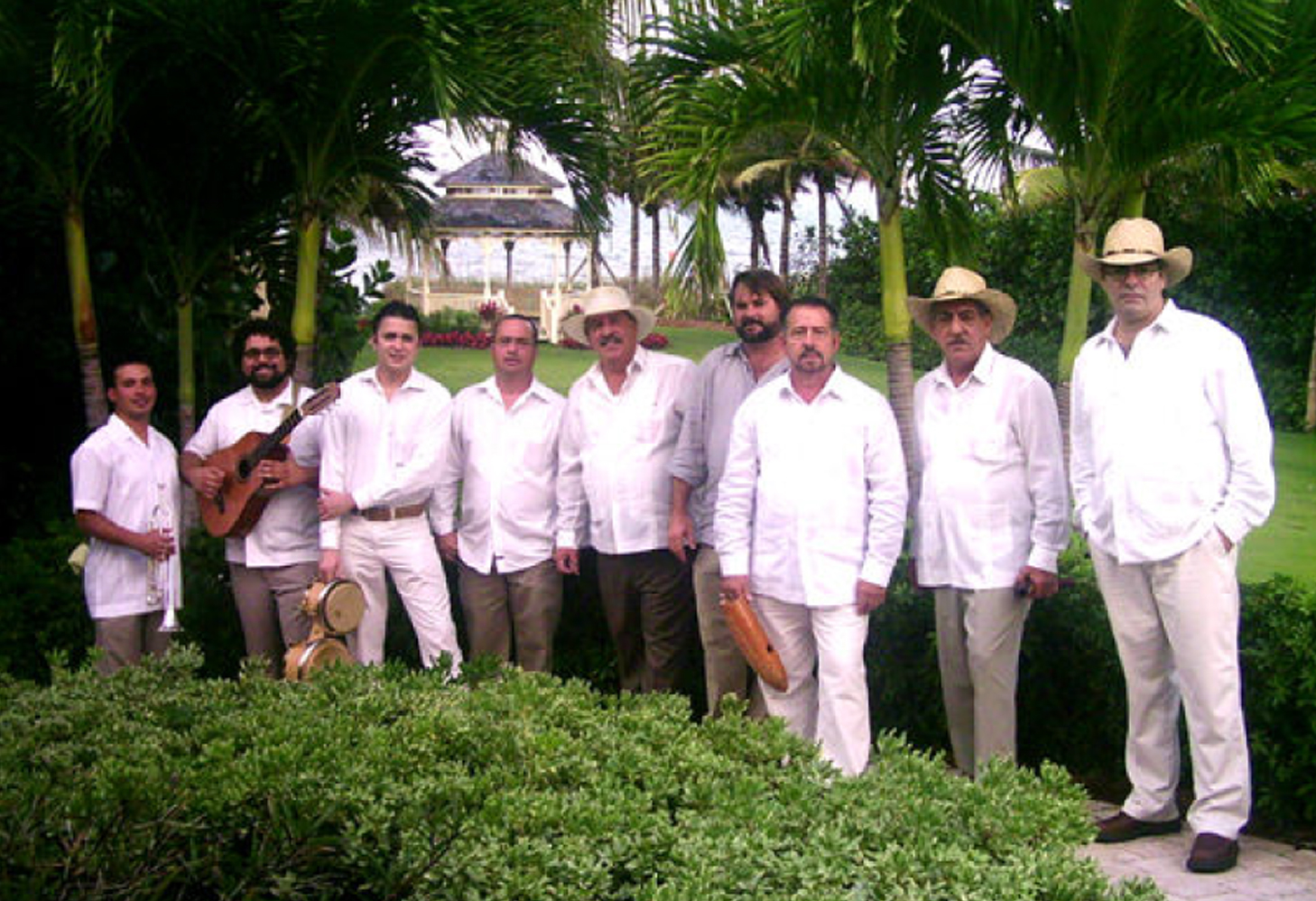 Ever since its inception, the traditional Cuban Son ensemble Conjunto Progreso has taken audiences back in time to the nostalgic era of early Cuban popular music. Led by Johnny Aguiló, son of Cuban trumpet legend and band leader Rolando “El Ruso” Aguiló (Lecuano Cuban Boys, Orquesta Hermanos Castro, Conjunto Casablanca, etc) and grandson of Cuban bass player Mario Aguiló (Conjunto Yumuri, Orquesta Saratoga, Conjunto Casablsanca, Nat King Cole) and co- founded by Johnny Aguilo and Jose Elias who started the group in April of 1999 and since then they have seen the group grow from a quartet, to its recent incarnation of nine members.

Their experience goes back to many of the major orchestras and musical associations in Cuba as well as several salsa and charanga groups in New York and South Florida as well as recording and backing major Latin artist in the S.Florida area. In 2004, Conjunto Progreso released its long awaited debut album titled Masters of Cuban Son, The record features an array of songs by legendary Cuban composers such as Nico Saquito, Miguel Matamoros, and Compay Segundo to name a few. Interpreting well known compositions with incredible arragements by several of the members of the group. Conjunto Progreso brings you a one of a kind traditional Cuban recording. No wonder many publications have called them Masters of Cuban Son. The album was so well received by the American public that it was honored by the National Academy of Recording Arts & Sciences with a 2006 Grammy Award Nomination under the category of Best Traditional Tropical Latin Album. Furthermore, throughout the music industry, the group has been noted as the Buena Vista Social Club of America Conjunto Progreso is one of the hardest working bands in the U.S. and based in Miami FL.