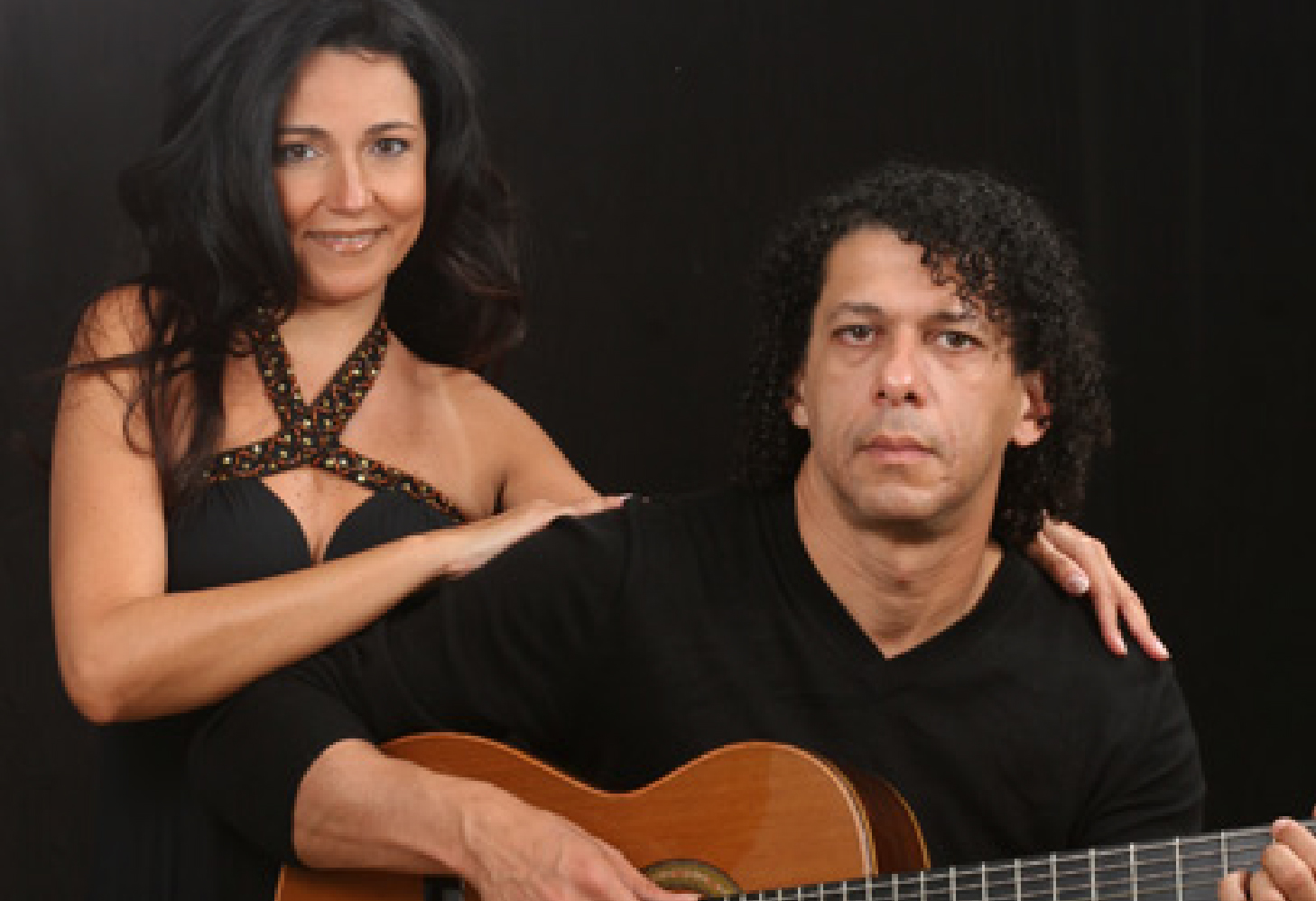 Born in Rio de Janeiro, capital of bossa nova, Rose is the great-grand daughter of the conductor Cupertino de Menezes and granddaughter of the guitar player Manuel de Menezes, both legends of early Brazilian music.

Rose moved to the United States in October 1993, where she keeps a very busy performing schedule. She has become highly recognized in the Brazilian, Spanish and American communities. Rose Max won for the 3rd time the Brazilian Press Award for the “Best Female Brazilian Singer Residing and Performing in the USA”.

Ramatis studied music at the Estácio de Sá University and was later tutored by the legendary Maestro Aristides Santos. Ramatis is considered one of today’s biggest bossa nova guitarists/bassists in the US and has been living in Miami for the past 10 years, playing Brazilian popular music, Brazilian jazz, electronic music and bossa-nova at the most prestigious local venues (Van Dyke, Jazid, Hemisphere Lounge, Flute, Jade,Favela Chic,etc.). He is also a successful songwriter, producer and arranger, currently signed to Warner Chappell Publishing.

Speaking of love, it’s hard not to amour Rose Max when she sings, for example, “Speaking of Love” (“Falando de Amor”) or any of those Brazilian jazz standards that make us so happy we could cry. …Husband Ramatis Morães provides Max’s lush bed of guitar chords. Whatever the venue, everybody is in seventh heaven… She appeared out of nowhere, as goes the Toni Bellotto and Nando Reis classic “Pra Dizer Adeus” (“To Say Goodbye”), which she delivers on her recently released first CD. “You never saw me alone, you never heard me cry,” it continues. “You make it hard to imagine whether it’s too early or too late to say goodbye.” It is always both once Max has begun to sing.

BEST LOUNGE ACT Rose Max Brazilian chanteuse Rose Max has been around for years, singing in clubs like Van Dyke Café and Jazid and frequently backed by the Don Wilner Quartet. The product of a long line of Rio de Janeiro musicians, Max moved to Miami twelve years ago, slowly becoming a familiar and welcome presence in the all too tiny local jazz scene. Her performances are perfect for chilling in a South Beach lounge while nursing a potent caipirinha. Max somehow manages to exude both vivacity and an easy earthiness in a wide range of styles, including bossa nova and samba.