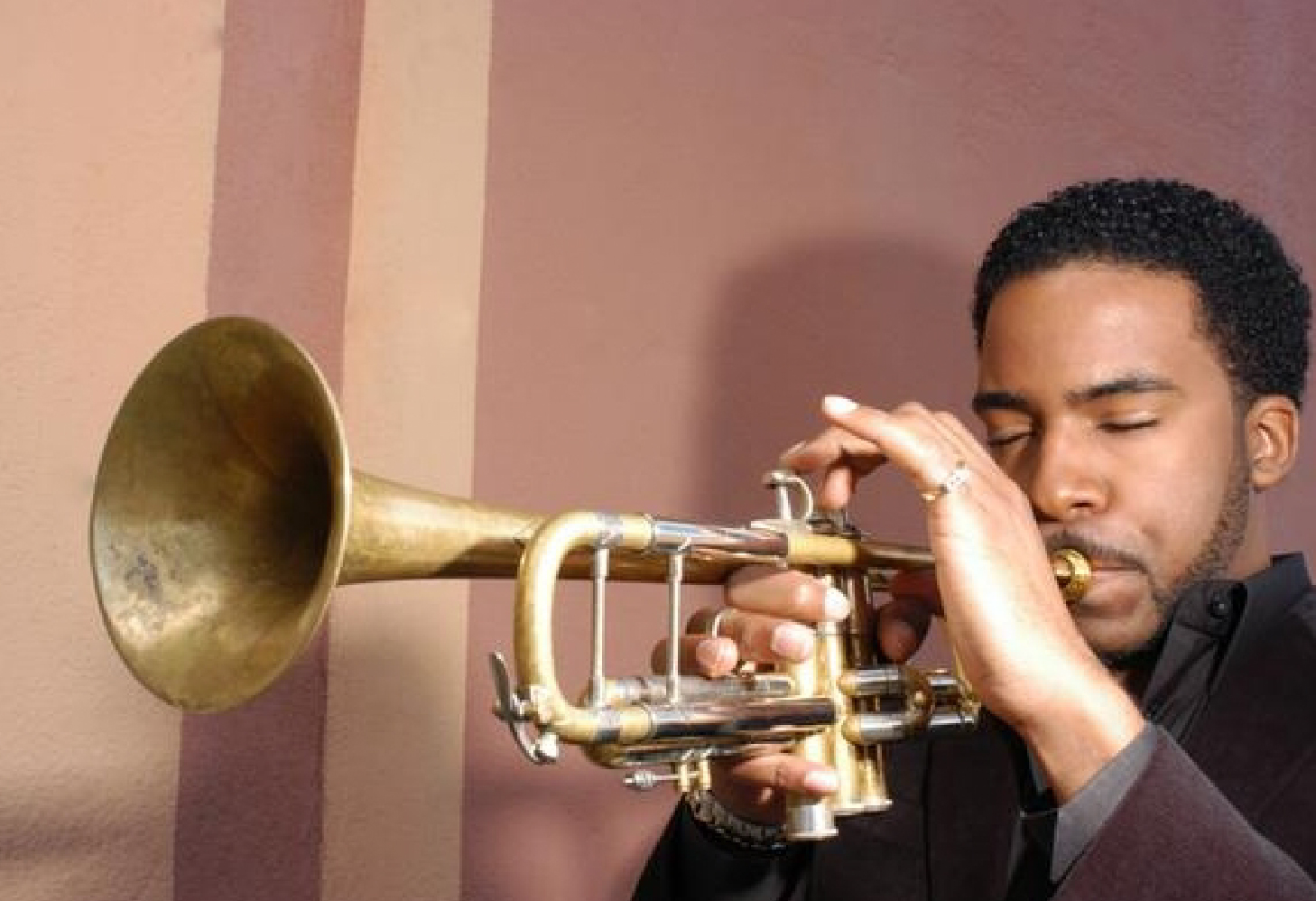 Winner of the 2006 International Trumpet Guild Jazz Competition, and the 2004 National Trumpet Jazz Competition, Jean Caze has emerged as one of today’s most exciting new voices in jazz. At the age of twenty-seven Jean has performed with the likes of Herbie Hancock, Najee, Arturo Sandoval, Roberta Flack, Al Jarreau, and George Duke, to name a few. Jean also played with the legendary rock group “Chicago” live on NBC (while in high school), and has opened for the Wynton Marsalis Quartet. Most recently, the Haitian-born trumpeter won second place in the 2007 Thelonious Monk International Jazz Competition.

Jean began playing the trumpet at age nine and says, “It took three days to get any sound at all out of it”. He went on to be awarded scholarship after scholarship to attend some of the country’s top musical institutions, including the Julliard MAP (Music Advancement Program) where he received his first formal training and the Queens College CPSM (Center for Preparatory Studies in Music) Program.

Jean’s diverse musical abilities have won him numerous awards and recognition, including a free trumpet from VH1’s Save the Music program, and a chance to perform with the elite Grammy High School Jazz Band during the 2000 Grammy Awards ceremony.

One of Jean’s many scholarships led him to the Manhattan School of Music where he earned his Bachelor of Music degree in Jazz Performance in 2004. In 2007, Jean earned his Masters degree in music from Florida International University. Jean has received abundant praise from critics, peers and jazz enthusiasts alike who have taken to Jean’s lyrical tone and tasteful ideas. He has been hailed a “true improviser” and even compared to Miles Davis by fellow trumpet player Carl Saunders. Though his roots are solidly planted in jazz, Jean can flawlessly switch between genres. In 2009, Jean went on tour with Atlantic recording artist, Laura Izibor while freelancing in NYC with such groups as Roy Hargrove’s Big Band. Having already released one CD, “Miami Jazz Scene,” he is currently working on completing his second.

“Had a long day? Put this record on and you will relax instantly. It’s Miles Davis meets Sade.”
(CD Baby)