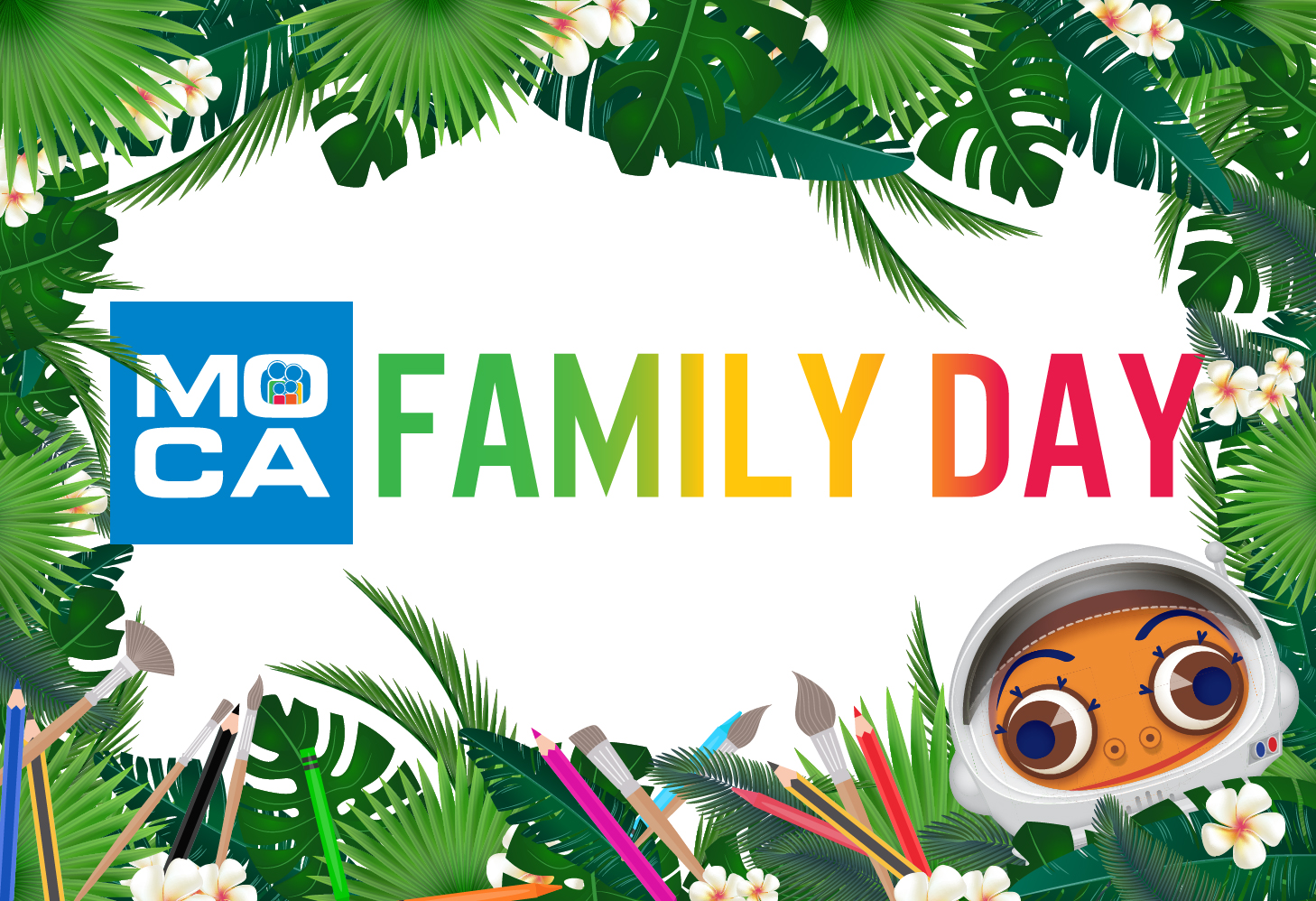 The wide-reaching impact of European colonialism in the Caribbean plays out intimately in the lives of individuals, such as artist Marielle Plaisir, whose elegant, playful and brazen works in five interconnected genres are now on display at MOCA in the exhibit, “Actions, Not Words.”

Spend the day at MOCA. 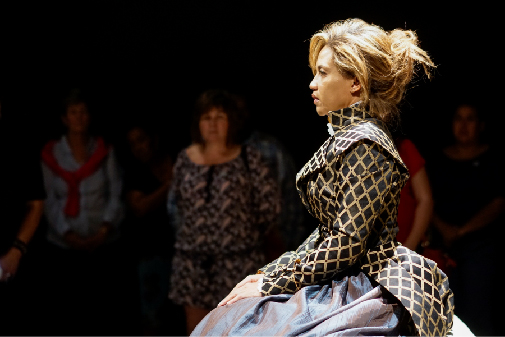 Marielle Plaisir was born in Le Havre, Seine-Maritime, France. She spent her childhood and early adolescence in Normandie (France), before moving to Guadeloupe. Her strong attachment to the island began after her studies through which she learned about her past and identity. From monumental works, travelling in-situ exhibitions to children’s books and animation, Marielle’s works demonstrate a strong urge to produce poetical pieces. Marielle is a painter, illustrator, in-situ sculptor, papercut artist, lace-maker and, in a way, also a prankster. Her essence is theatrical. She finds inspiration in a range of sources, from the Italian Quattrocento and XVII Century France to European and Caribbean literature. Since 1998, Marielle has exhibited in numerous group and solo exhibitions throughout the world winning gold medals at the Sao Paulo and Santo Domingo Biennials. Since 2009, she collaborates as designer for the French brand Lunalaluna. In 2013, she created her own brand, Les Barbares, based in Miami and specialized in creation of murals and wallpapers. 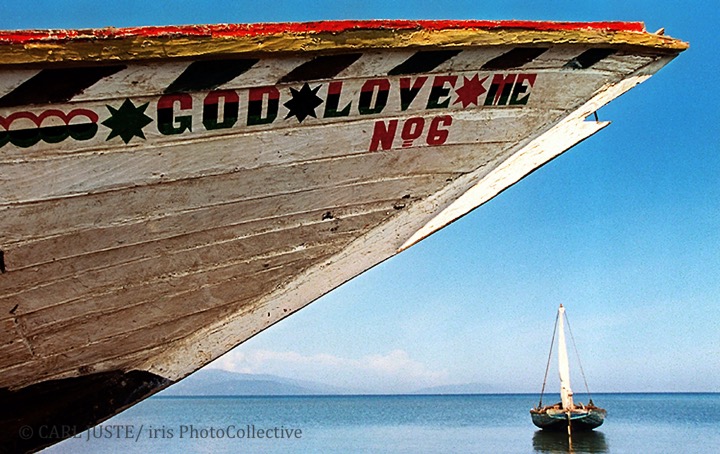 Under the threat of persecution, Haitian-born Carl-Philippe Juste and his politically active family were forced to flee their homeland in 1965.   Settling in Miami’s Haitian community, Juste flourished academically and attended the University of Miami.  He vigorously pursued photojournalism and, since 1991, has worked as a photojournalist for The Miami Herald.  Juste has covered many international and national stories for The Miami Herald.  He has carried out extensive assignments for the Miami Herald, in Pakistan, Afghanistan and Iraq.  In addition, he has worked on three documentary projects for the Historical Museum of Southern Florida: At the Crossroad: Afro-Cuban Orisha Arts in Miami (2001) and South American Musical Traditions in Miami (2002),  Haitian Community Arts: Images by Iris PhotoCollective, and all are funded in part by the National Endowment for the Arts.

Juste has been a guest lecturer for various national organizations and universities. He has received numerous awards for his work, including the Robert F. Kennedy Journalism Award. His work has been exhibited in various prestigious institutions and galleries in Cuba, Dominican Republic and the United States.  Carl-Philippe Juste is one of the founders of Iris Photo Collective in 1998, a collaboration to create a new context in order to explore and document the relationship of people of color to the world.  Juste currently founded IPC Visual Lab, a new school of thought teaching the art of photojournalism as a visual language.

“Caribbean Aesthetics: The Gaze, the Portrait and You” 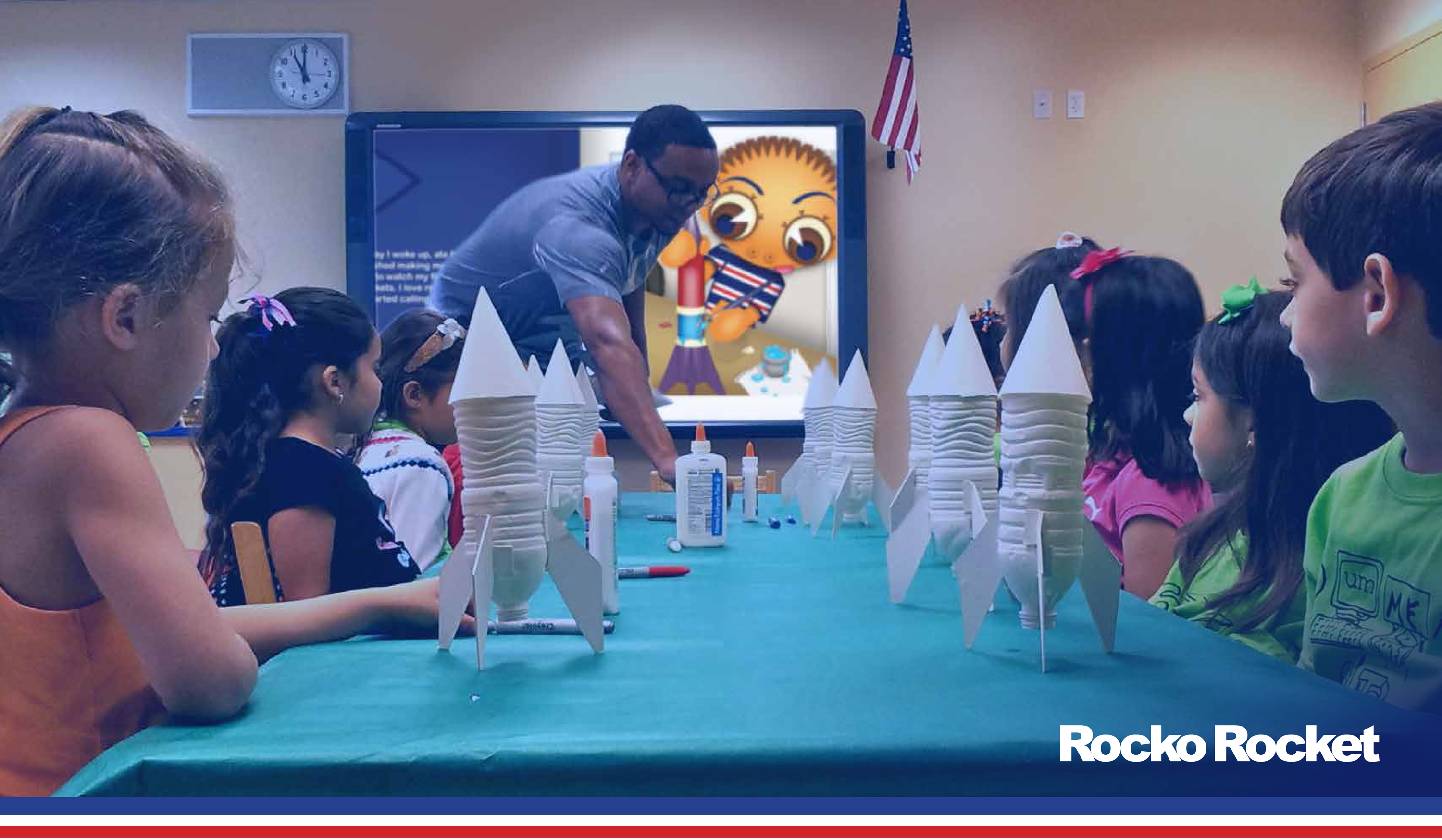 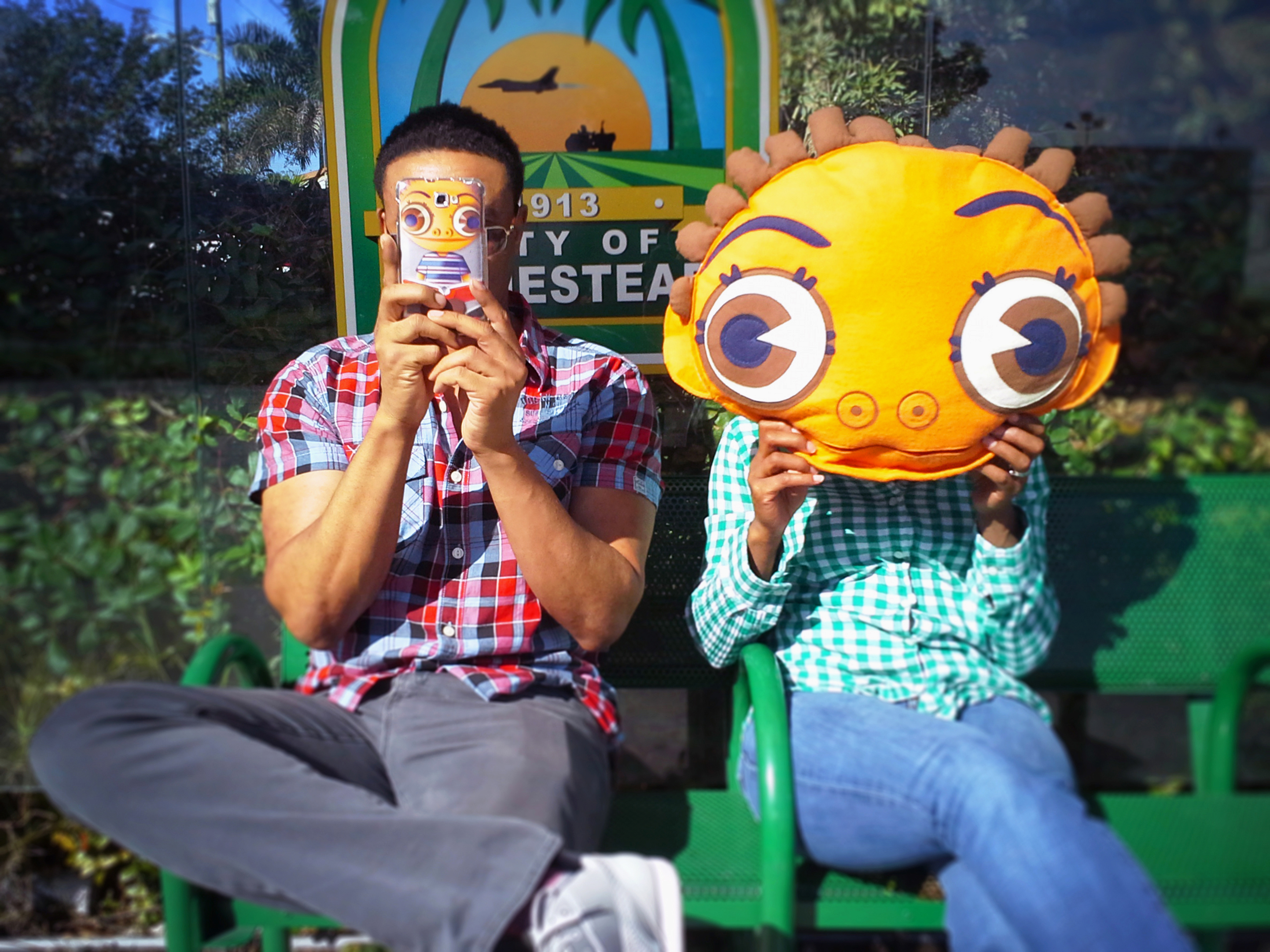 “Although Rocko Rocket was created for our child, it didn’t take long for us to realize that Rocko Rocket could become a powerful vehicle to encourage all children to visualize their dreams and reach for their potential. The image of the rocket for us symbolizes the popular saying, “The sky is the limit.” We want every child to know that there are limitless possibilities for those who dream and learn to persevere.” –R. Jackson 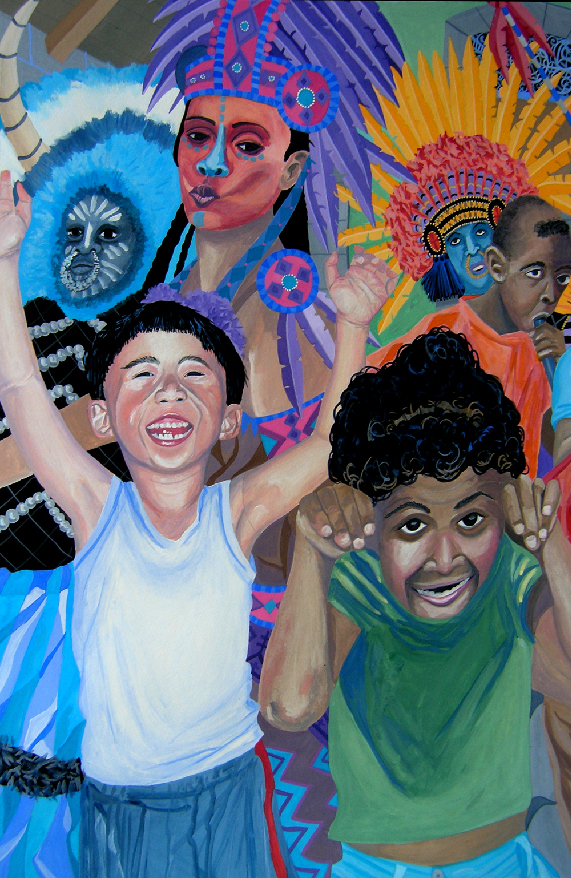 Brian Wong Won is a Trinidadian born artist known for his bright colors, expressionistic compressions of space and distortions of architectural space. His subjects tend to be Trinidad carnival and the local vintage architecture; he works primarily out of Miami but travels back and forth to his hometown of Port-of-Spain.

​He has been noted by both collectors and critics to be the only one to fully capture the spirit and feeling of the Carnival festivities via his vivid palette and expressive playful use of perspective. His Carnival paintings tend to be satirical, expressively tongue and cheek and very detailed, which also carries into his architectural subjects, for which he is well known.

​Brian was born in Trinidad in the 1970 and educated at St. Mary’s College in Port-of-Spain until 1987 where he left to pursue further studies in the USA. He obtained both an AA in Graphic Design and a BFA in Painting & Art History. He was also a graphic designer and art teacher for several years and now currently lives in Miami, Florida. In 2007 he formed his own Carnival J’Ouvert band MAS Jumbies in Trinidad.

​He has been drawing since the age of five, inspired by color and drama of Trinidad Carnival and the mystique of his late grandfather’s artistic skills of Chinese Calligraphy and Watercolors. The former would become the catalyst for much of his adult work as he became a full time artist. He would have some twenty solo shows starting in 1996 and countless joint shows in Trinidad, the US and England. He is also involved with The Carnival Arts Organization where teaches and conducts workshops with children on the skills and artistry of Trinidad Carnival in Miami.

​His work can be found in the National Museum of Trinidad & Tobago and several corporate and private collections.

“Carnival Mask Making: Trinidad, Guadeloupe, Miami and beyond” In collaboration with Carnival Arts. 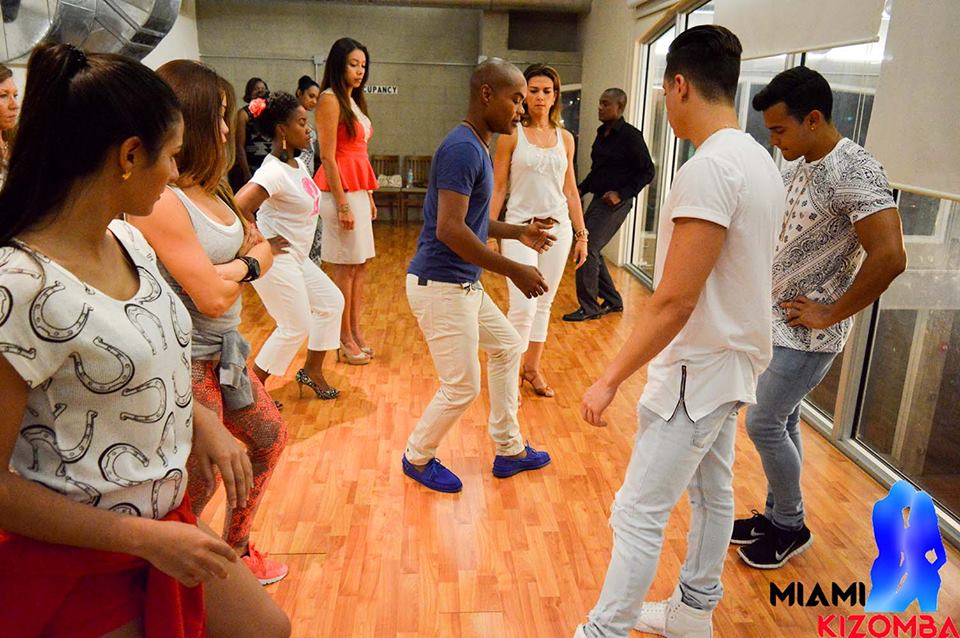 Jean Hyacinthe, originally from Haiti, discovered his passion for music and movement at an early age. He won countless trophies as a break dancer in the streets of Port-au-Prince. He later became a Zouk musician performing every weekend at Ibo Lele as a lead singer and keyboardist. One of his most memorable achievements was playing in  South Port-au-Prince with Haitian President Michel Martelly. Jean  moved to the US to complete professional training earning  an MBA from Keller Graduate School of Management.  In 2013, he launched KizombaUSA.com, which contains up-to-date information regarding all Kizomba activities within the US. MiamiKizomba.com promotes his dance school through trainings, workshops, and events. His vision is to promote Kizomba worldwide,  reach out to international key players, and create  a unified platform.  Future expansion efforts include: a live Kizomba YouTube Channel, and a Kizomba All-Star music band. 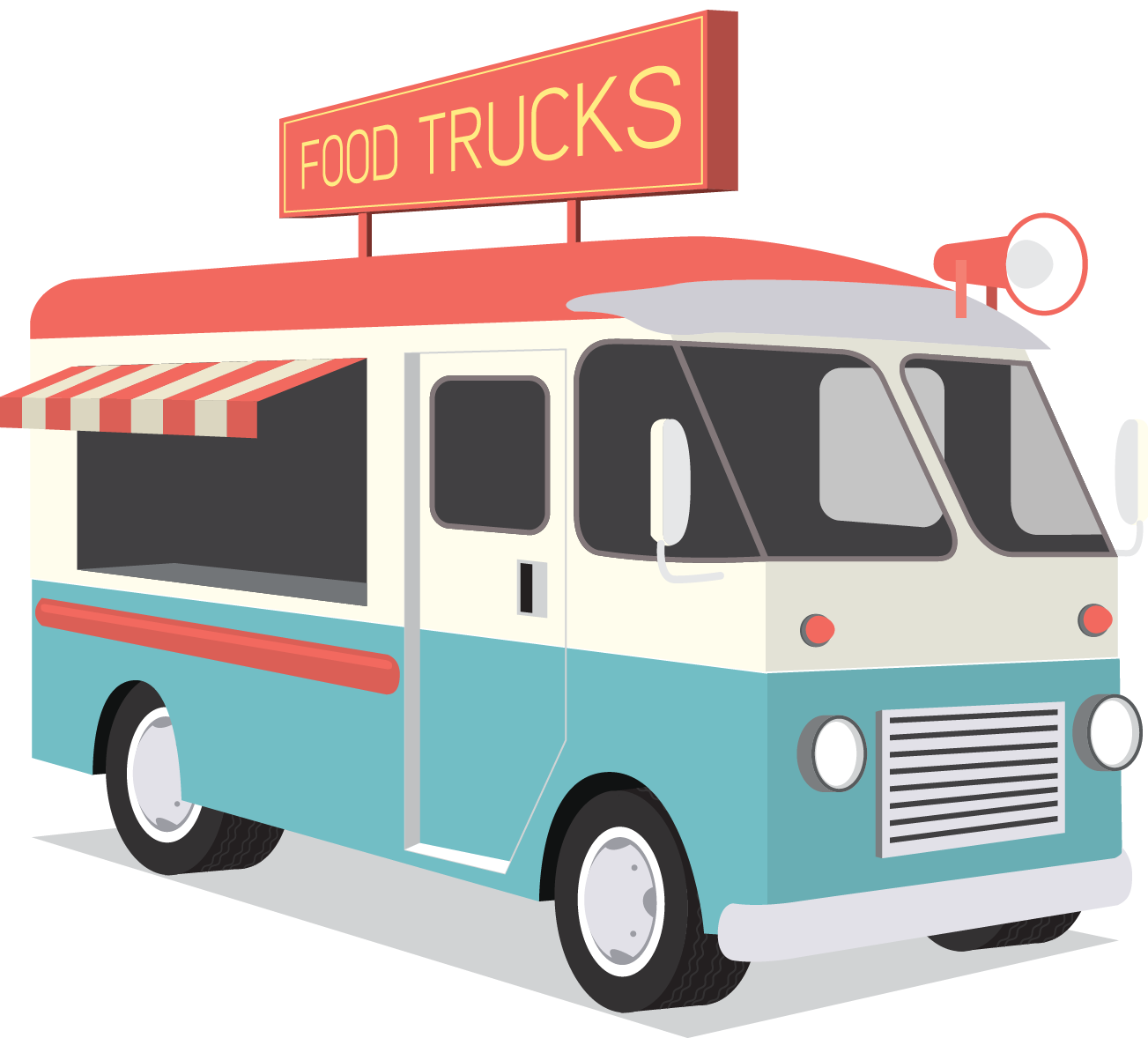 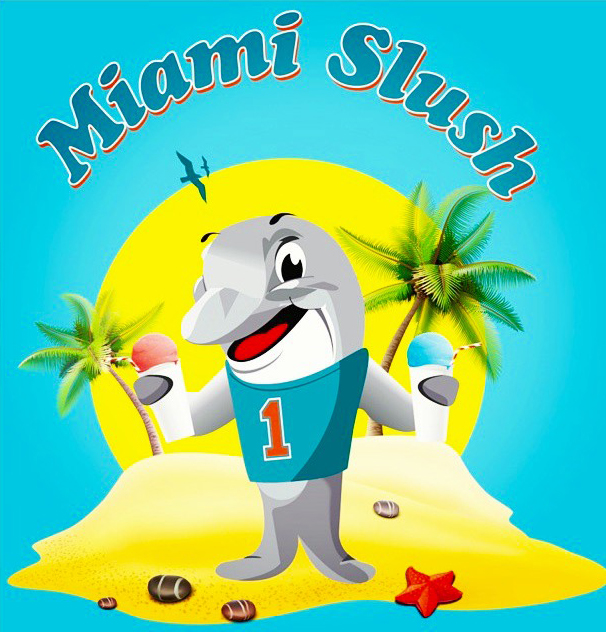 Some vectors designed by Freepik