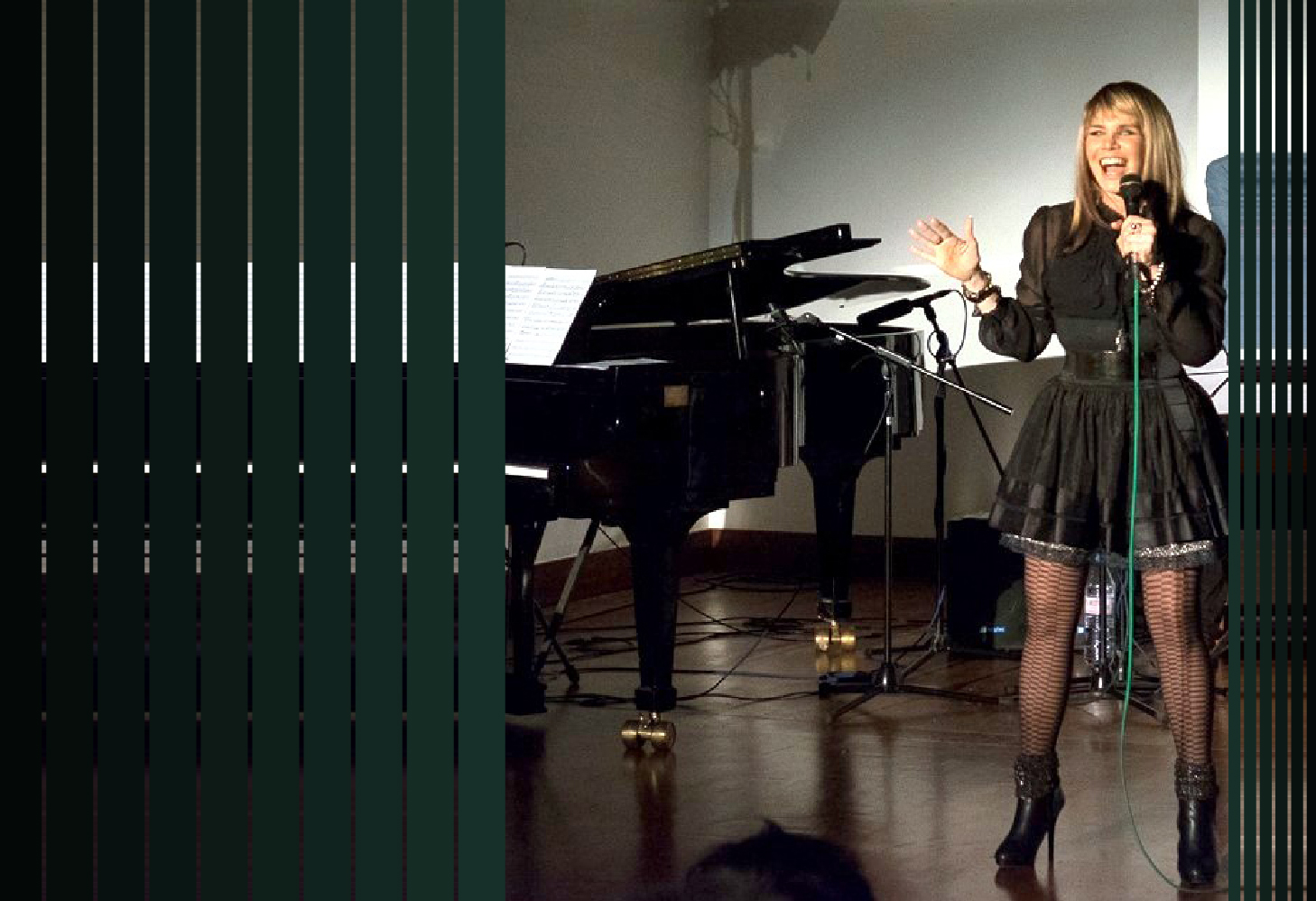 Known as one of the most versatile voices in Latin America and now North America, Maria Rivas skillfully combines American and Latin Jazz rhythms with lively yet sentimental music from around the world. She interprets her music in English, Spanish, Italian and Portuguese, and performs her own blend of traditional standards as well as music and lyrics she has composed herself.

Maria’s unique sound is an intoxicating combination of classic American jazz and Latin music, with just the right splash of Brazilian accents, together with her signature mixture of indigenous, Caribbean, European, and African strains. From slow and sensuous, to very lively with a strong beat, her audiences love alternately to dance to her music, or sit and listen while being both moved and energized. A significant number of her audience members have described her performances as “magical”–their word.

Her exotic and varied repertoire includes American jazz and blues standards such as ‘Funny Valentine’, ‘Route 66’, ‘Lush Life’, and ‘Summertime;’ Latin classics like ‘Bésame Mucho’ and ‘Moliendo Café;’ smooth and sensuous Brazilian bossa nova tunes like ‘Girl from Ipanema’, ‘Corcovado’, ‘Dindi’ and ‘One Note Samba’; movingly romantic ballads, such as ‘My Romance’ and ‘Our Love is Here to Stay,’ and many, many others.

During her musical career spanning over 30 years, Maria has released ten CDs while headlining concerts in Latin America, North America, Europe, and Asia. including the world- famous Montreux Jazz Festival in Switzerland. She entertains her audiences with her uniquely melodious voice and dynamic expression and stage presence, as well as her phenomenal ‘Scat’ improvisations, which have been favorably compared by music critics and audiences with those of Ella Fitzgerald. Maria has won every prestigious singing award Venezuela and much of Latin America have to offer. Her hit song, MANDUCO, remained in the number one position on the charts in Latin America for many months, and in the top 10 for over 3 years, and turned her into a cultural icon. Maria now makes her home in South Florida.

“I consider Maria Rivas to be one of the finest singers on the world stage today, truly a tremendous talent. .. Her music is varied, original, and unique.”
Oscar de Leon, Latin Grammy Award winner

“…In Maria we have one of the great vocalists on the world scene today.” Ricardo Montaner

“…some of the most exotic, sensuous, and beautiful music your ears will have the pleasure of enjoying. Maria’s voice is seductive.”
George Rivera, Latin Music On-Line

Jazz at MOCA Past Shows