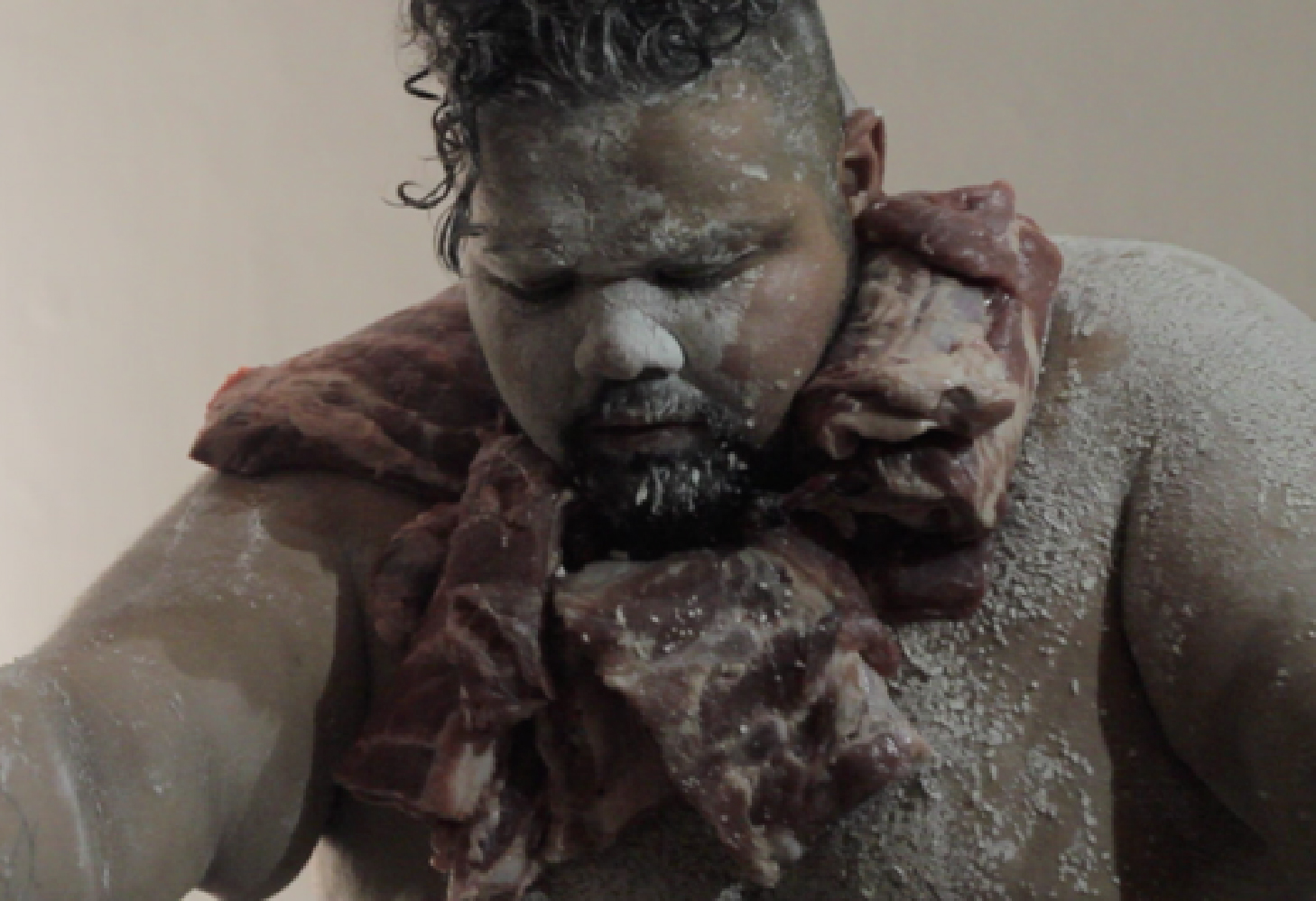 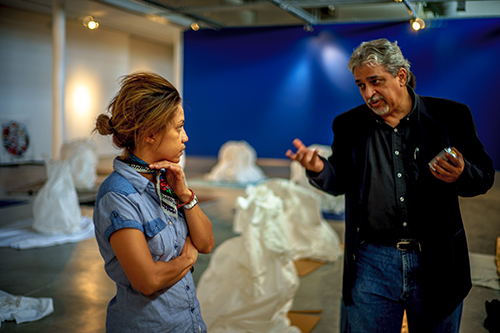 A dynamic visual arts institutions manager and curator, Gutierrez has developed an extensive experience running, museums, collections, art organizations and college art galleries in the Americas.  He is the author of several essays, forwards, catalogs and books on contemporary art. Gutierrez holds a BA from Central University of Venezuela completed an MA and doctoral studies in Visual Arts Management and Museum Studies at New York University and Columbia University. 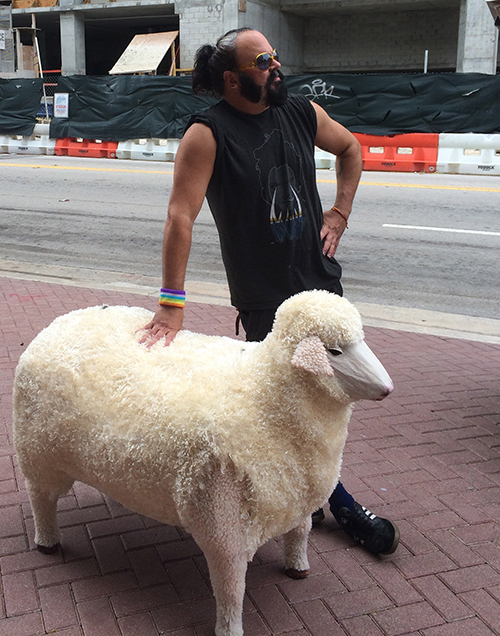 Paul is the founder and artistic director of Mad Cat Theatre Company in Miami Shores. Paul has directed over 80 productions in Miami, San Francisco, Los Angeles, New York, Las Vegas, Manchester and Edinburgh, United Kingdom.  Paul has written and co-written over a dozen works including Shepherd’s Pie, The Hamlet Dog & Pony Show, Gerald Ford Superfreak, Artful Dodgers, Rebel Yell, Here In My Car and most recently Why Not, With Richard Nixon. A member of SAG/AFTRA, Paul has appeared on Bloodline, CSI Miami, CSI, Franklin & Bash, The Protector, American Horror Story, with recurring roles on USA Network’s Burn Notice as Barry,  as well as Disney Channel’s Zeke and Luther.  Paul received his MFA in Directing from The Theatre School at De Paul University and his BA in Theatre from Barry University. www.madcattheatre.org 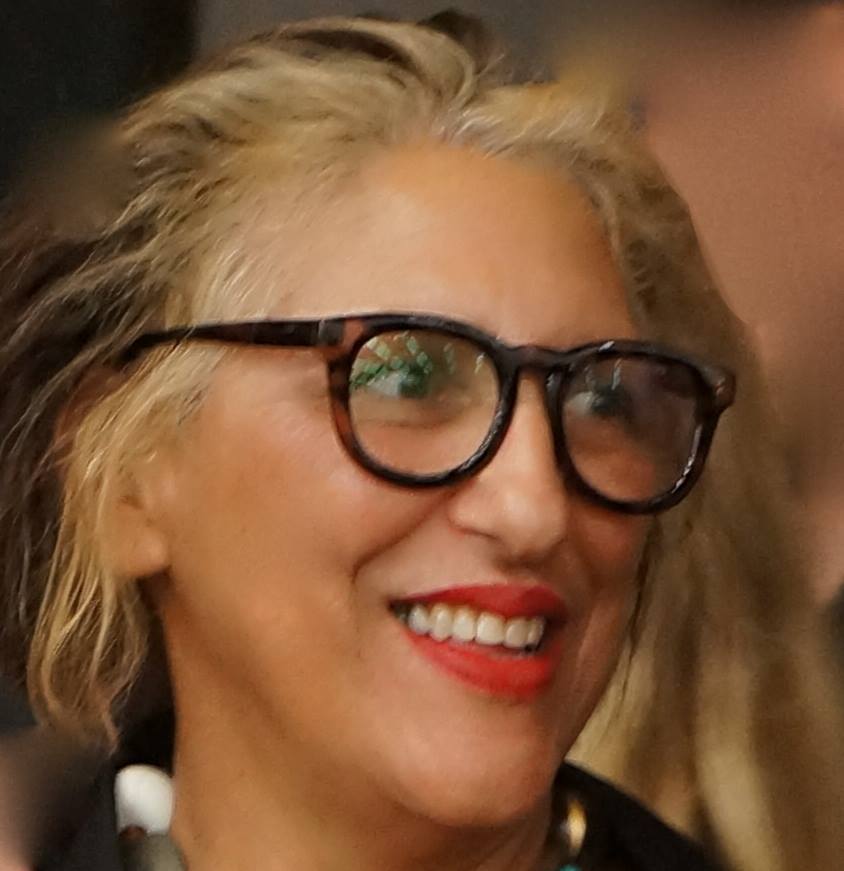 Her awards include MAP Fund ‘15, the Grand Prize in the Dominican Biennial, Museum of Modern Art of Santo Domingo ‘11; Florida State Artists Fellowship Award 2015 and ‘06; South Florida Cultural Consortium Visual and Media Artists Fellowship ‘05, and the Queen Elizabeth II Arts Council of New Zealand Artist Fellowship Award. She is known for her dynamic installations, which incorporate idioms of popular Afro-Caribbean religions. Her work has been featured in notable publications, including Atlantica, index, El Pais, Vogue China, The Miami Herald. Recent exhibitions include 26 Biennial of Santo Domingo, Museum of Modern Art Santo Domingo. Oquet’s work is found in the permanent collections of the Centro Atlántico de Arte Moderno  (CAAM); Las Palmas, Spain; The Bass Museum; the Fort Lauderdale Museum of Art and the  Patricia and Phillip Frost Art Museum; New Zealand National Museum, Wellington, N.Z.; Govett-Brewter Art Gallery, New Zealand; and the Modern Art Museum of the Dominican Republic; The World Bank as well as in many important private collections.  In 2002, the late Antonio Zaya published a book of her work.

Pioneer Winter is a Miami-based choreographer, and director of the Pioneer Winter Collective – invested in interdisciplinary collaboration, transmedia, physical theatre and contemporary dance. His Collective provides a platform for risk-taking, progressive, and experimental arts initiatives. He is co-director of RIFT Blackbox and the Miami Dance Studio, and was founding curator of transmedia performances for FilmGate Interactive. Through his Collective, Winter directs/produces several programs, including L.E.A.P. (Leaders of Equality through Arts and Performance), a creative communication program for LGBTQ-identifying teens and their allies that focuses on using the arts for activism and social change; and the Grass Stains fellowship, a site-specific performance initiative that mentors and commissions artists interested in creating site-based and public art work in Miami through a close collaboration with acclaimed site choreographer Stephan Koplowitz. A Horatio Alger Scholar, he is an alumnus of the Florida International University Honors College, from where he holds a Masters in Public Health and Epidemiology. Winter recently completed a Master of Fine Arts in Choreography from Jacksonville University/White Oak, as the first artist to be named a Dennis R. Washington Achievement Scholar. He was awarded the Miami Choreographic Fellowship (2014-2015) and Miami Goes Elsewhere Fellowship (2016), and is a fellow and faculty member in the FIU Honors College Department. Winter is on the vision committee for the building of the Pembroke Pines Performing Arts and Civic Center, as well as serving as a grants panelist for Miami-Dade Cultural Affairs Community Grants. He was recently appointed director of Tigertail Production’s ScreenDance Miami festival for 2017. 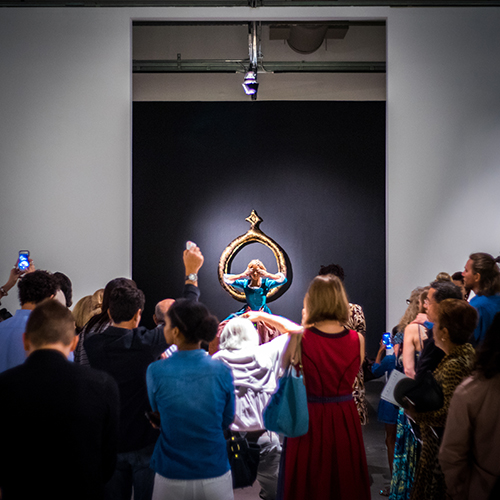 The exhibition by French-Guadeloupean artist Marielle Plaisir will include a carefully curated selection of drawings, portraits, paintings, tapestries and one video representative of the artist’s thematic narrative as well as an ethereal installation of paper mache dresses suspended in mid air. “My work interrogates the concept of domination, which has existed from the time of slavery until now,” Plaisir says. “The common thread throughout my work is a critique of prejudice, according to which political power is ‘a natural fact’.” 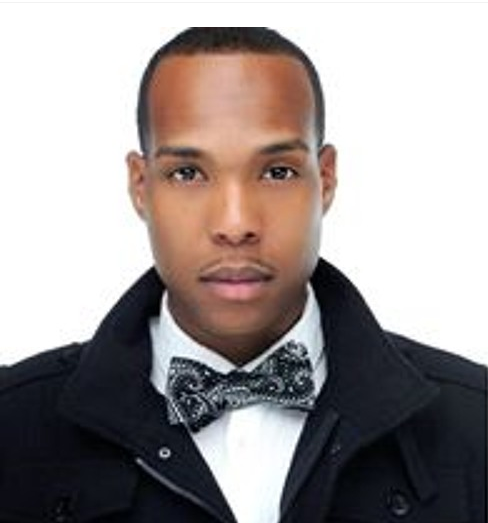