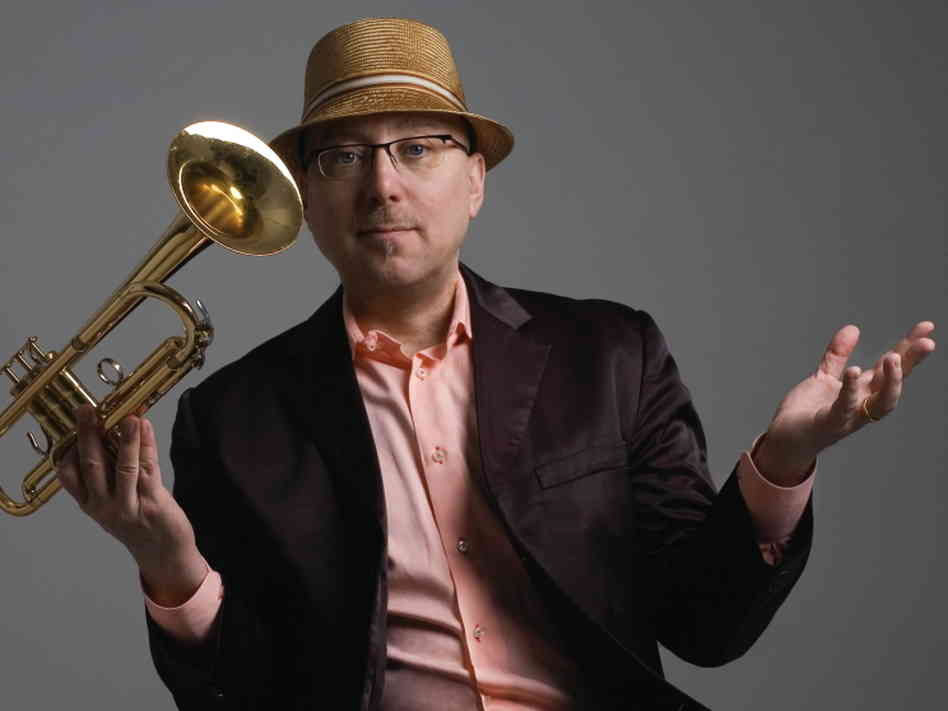 A vital force and emergent legend within both the hardcore straight ahead and Latin Jazz communities, Grammy© Award Winner Brian Lynch is as comfortable negotiating the complexities of clave with Afro-Caribbean pioneer Eddie Palmieri as he is swinging through advanced harmony with bebop maestro Phil Woods. A honored graduate of two of the jazz world’s most distinguished academies, Art Blakey and the Jazz Messengers and the Horace Silver Quintet, he has been a valued collaborator with jazz artists such as Benny Golson, Toshiko Akiyoshi, and Charles McPherson; Latin music icons as diverse as Hector LaVoe and Lila Downs; and pop luminaries such as Prince. As a bandleader and recording artist he has released 19 critically acclaimed CDs featuring his distinctive composing and arranging, and toured the world with various ensembles reflecting the wide sweep of his music. He currently is Professor of Jazz Trumpet at the Frost School Of Music, University of Miami as well as conducting clinics, residencies and workshops at prestigious institutions of learning the world over. His talents have been recognized by top placing in the Downbeat Critics and Readers Polls (#3 Trumpet 2011 Critics Poll); highly rated reviews for his work in Downbeat, Jazziz and Jazz Times; 2005 and 2007 Grammy award nominations, and grants from the National Endowment for the Arts, Chamber Music America, and Meet The Composer.

“This is a new millennium, and a lot of music has gone down,” Brian Lynch said several years ago. “I think that to be a jazz musician now means drawing on a wider variety of things than 30 or 40 years ago. Not to play a little bit of this or a little bit of that, but to blend everything together into something that has integrity and sounds good. Not to sound like a pastiche or shifting styles; but like someone with a lot of range and understanding.”

A 1997 recording called Spheres of Influence [Sharp Nine], which earned a 4-1/2 star Downbeat review, was Lynch’s first project to reflect the panoramic range of interests that influence his working life as a musician. During these years he documented cross-cultural investigations with Eddie Palmieri’s seminal Afro- Caribbean Jazz Octet on Arete, Palmas and Vortex [Nonesuch and RMM.] The synchronistic nature of their relationship continues up to the present day with an acclaimed series of duo and trio concert performances, the creation of the Eddie Palmieri/Brian Lynch Jazz Quartet with tours of Japan and performances coast to coast in the US, and Palmieri’s culminating (and Grammy winning) collaboration with Lynch on his ambitious recording project Simpático for ArtistShare.

Lynch’s creative efflorescence since the millennium bears out the truth of a remark he made several years in the liner notes for the Spheres of Influence album: After crediting Palmieri and Art Blakey as the Alpha and Omega of his musical thinking, Lynch stated: “Eddie inspired me to want to do my own thing, because that’s what he does, and how he energizes and leads the band. And being a Messenger is something that will never be taken away from me. I can see Art sitting up there saying, ‘You’ve got to go on and be a leader.’ It’s easy to be a sideman; it’s very hard to be a leader. Now I’m ready.”

“Lynch demonstrates that a dedicated, knowledgeable jazzman can play a diversity of styles with telling authenticity, and make the renditions extremely appealing to both musician and neophyte…Lynch is simply first – rate.”

“When you’re as dynamic and flexible a trumpeter as Lynch, everyone wants you”
-The New Yorker

“A masterful soloist who came to prominence with the late Art Blakey…Lynch is even more in command today… offering peerless, flawless improvisations and collaborating empathetically…Lynch is also a gifted composer.”
-The Los Angeles Times
“Ranks in the top ten of current trumpeters…”
-Scott Yanow, Cadence Magazine

“You can lose yourself in the pure energy of his playing, but at any moment you can switch your attention to the logic and craftsmanship of his music and find multiple rewards. Lynch lionizes the men whose music shaped his own by suggesting their individual strengths, yet he avoids camouflaging his distinction: it’s as if each of his predecessors were peeking out from behind his own playing. You won’t find a better display of jazz trumpetry…”
– Neil Tesser, JAZZIZ

Jazz at Moca Past Shows