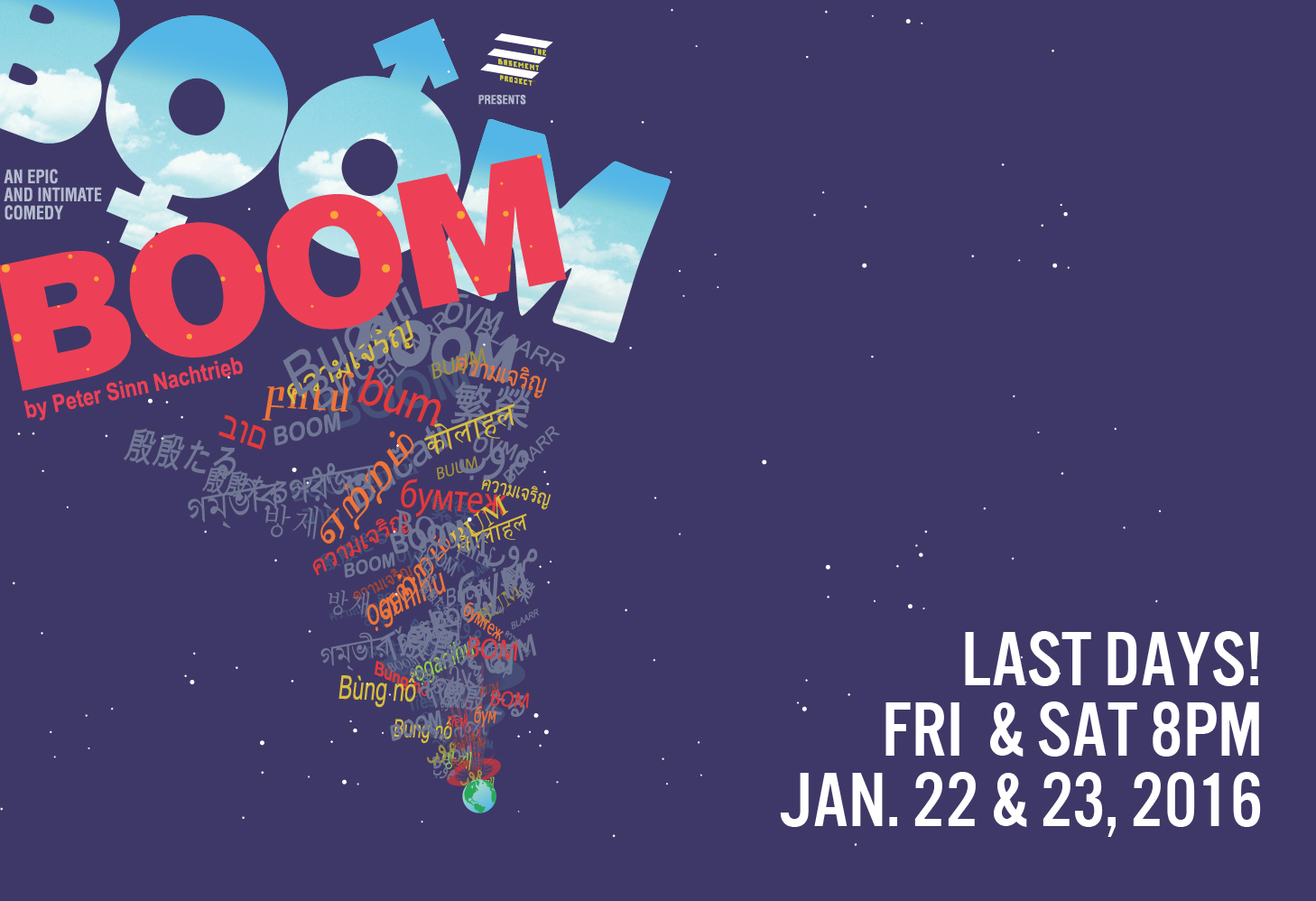 Presented By The Basement Project 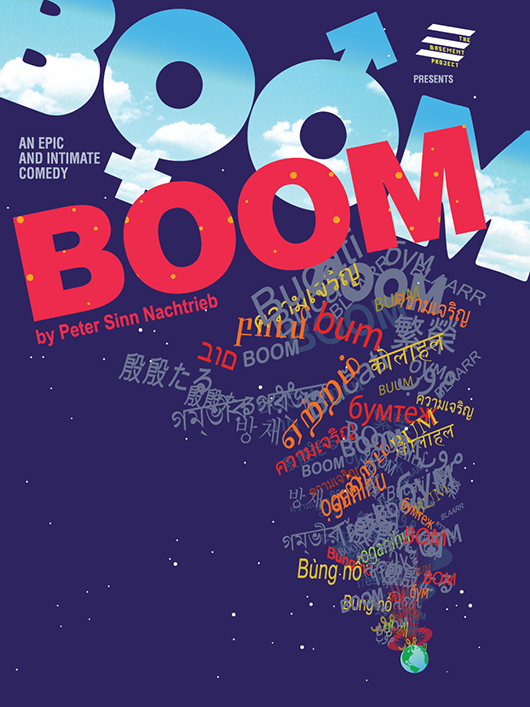 “Sex to Change the Course of the World”

— a grad student’s online personal ad lures a mysterious journalism student to his subterranean research lab under the pretense of an evening of  “no strings attached” sex. But when a major global catastrophe strikes, their date takes on evolutionary significance.

An epic and intimate comedy that spans over billions of years.

Add Promotional Code: MOCABOOM for $10 off!

Boom tells the story of two college students, Jo and Jules, who meet online then get together for an evening of “casual sex”, but are thwarted by the apocalypse. Will their night of “meaningless sex” be ruined by the need to save the world? Or is mankind’s fate in the hands of someone watching from the outside? 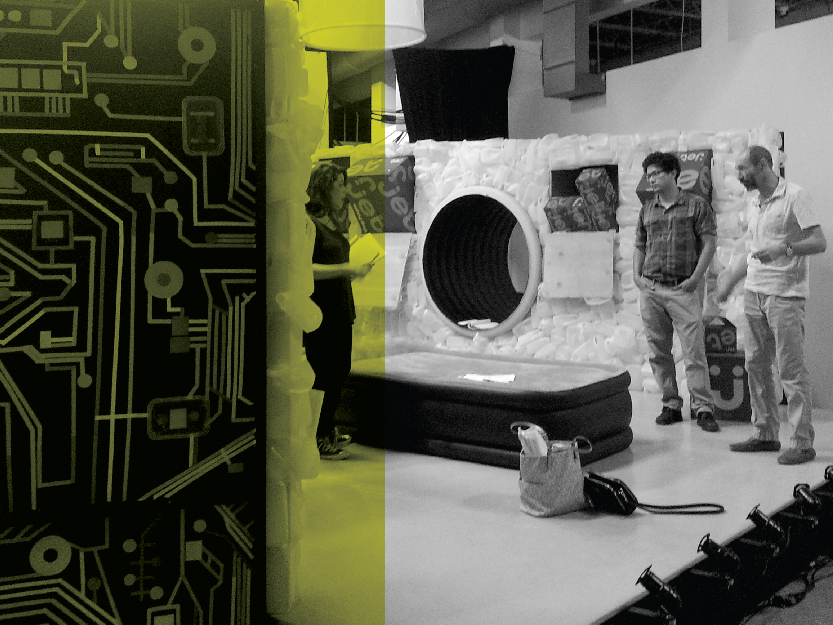 “We are thrilled to present the South Florida premiere of Boom as the inaugural production for The Basement Project,” says Kheyfets. “We chose Nachtrieb’s Boom for our debut because of its immediate relevancy to South Florida. The show has great humor, yet raises important questions about mankind’s legacy — how will we be remembered millions of years from now?”

The world premiere for Boom was originally staged at the prestigious Ars Nova in New York City with subsequent productions at Woolly Mammoth Theatre Company in Washington D.C., Seattle Rep, Cleveland Public Theater, and more than a dozen other companies around the country. The New York Times calls Boom “engaging with darkly funny dialogue.” Other reviews include:

“Bоом speaks quietly and piquantly about the beginning of life as well as its end.” –The New York Times

“A grandly wacked out apocalypse fantasy, one of those charmed evenings.” –The Washington Post 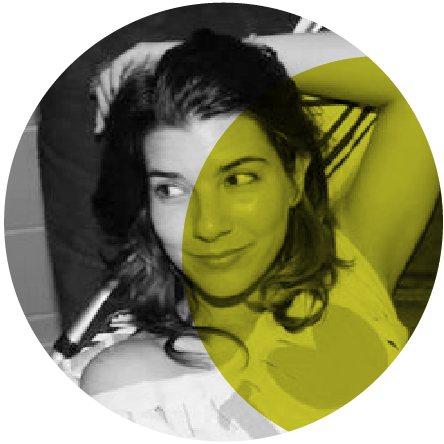 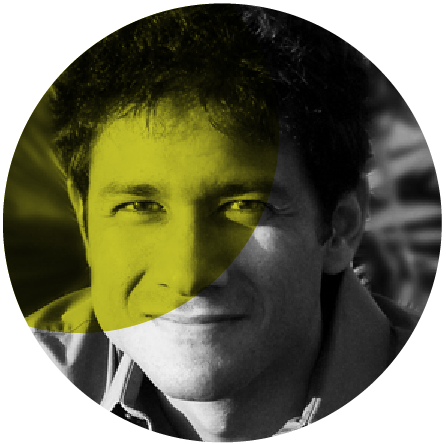 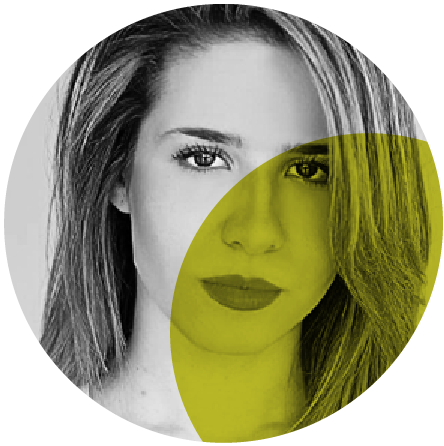 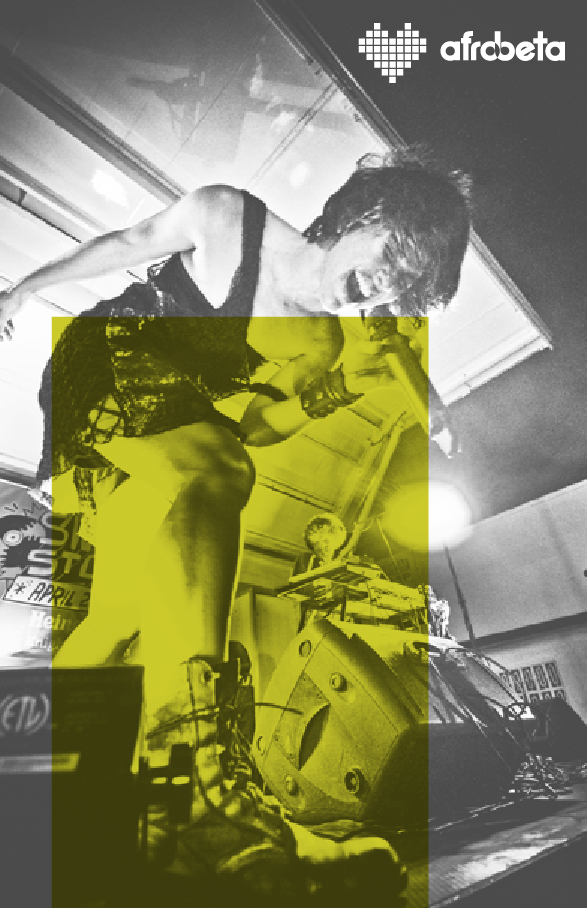 “With their dance-a-licious beats, Afrobeta’s songs are classic yet modern, underground yet Billboard chart-friendly. It wouldn’t be surprising to find Afrobeta writing songs for Madonna or even M.I.A. For now, Miami is lucky to have them on a regular basis; they’re a match in discohouse heaven.” – The Miami New Times

“Even at a festival with 300 acts, this two-some has a totally unique sound.” –Consequence of Sound

Peter Sinn Nachtrieb’s work has been seen offBroadway and across the country including at Ars Nova, SPF, Woolly Mammoth, Seattle Repertory, Actors Theatre of Louisville, San Diego Rep among others. His play The Totalitarians, premiered in 2014 at Southern Rep, Woolly Mammoth and Z Space.

Projects in process include an original musical called Fall Springs: A Musical Disaster and A House Tour of the Infamous Porter Family Mansion led by guide Weston Ludlow Londonderry.

Peter holds a degree in Theater and Biology from Brown and an MFA in Creative Writing from San Francisco State University.

Oleg Kheyfets has directed more than 40 shows on 3 continents. His longest-running shows in Russia were in repertory for 9 years and received several awards for direction and acting.

In 2001 Kheyfets collaborated with Arthur Miller on the Off-Broadway revival of The Creation of The World and Other Business.

In Miami Kheyfets co-founded The PlayGround Theatre (PTG) known now as Miami Theater Center and run it as the Co-Artistic Director for the first 3 seasons. His Miami directing credits include Pluft by Maria Machado, Brooklyn Bridge by Jessica Gibson, Beast by Vladimir Sinokevitch, The Creation of the World and Other Business by Arthur Miller, This Property Is Condemned by Tennessee Williams, and Bingo with the Indians by Adam Rapp.

Kheyfets’ other career highlights in the U.S. include productions of The Forest by Alexander Ostrovsky in Boston (invited to the International Festival Podium, Moscow, Russia), Marriage by Nikolai Gogol (New York and Renewal Arts Festival, Caux, Switzerland)

Over the last 20 years Kheyfets has taught at Columbia University, Stella Adler Conservatory, and MDC, among others.

Alexander Solodukho designed over 50 productions in Leningrad/St.Petersburg, Moscow, and other Russian cities.

He has worked for the past 25 years in U.S., designing plays and musicals for Hudson Productions, The Oakland Center for the Arts (Ohio), Ballet at City Center, and several Off-Broadway theaters including Irish Rep, Ubu Rep, Libra Ensemble, The Jewish Rep, and Urban Stages. His set designs includes musicals such as Annie, West Side Story, Dreamgirls, Fiddler on the Roof, The Wiz, and plays such us Tartuffe, The Disputation, Marat/Sade, The Au Pair Man, Hamlet, and Royal Family.

Ronald Burns is a theatre veteran whose professional credits encompass both lighting and scenic design.

Since moving to Miami, Ron has concentrated on lighting design for a variety of companies including Palm Beach DramaWorks, The Arsht Center, Barry University, the M Ensemble, City Theatre, and the Miami Summer Music Festival all while maintaining his position as Technical Director for Miami Theater Center.

His lighting design work includes The Fourth Wall, Souvenir, A Moon for the Misbegotten, The Gin Game, Three Tall Women, A Doll’s House, Candida, The Beauty Queen of Leenane, The Pittman Painters, Master Harold… and the Boys, Proof, Talley’s Folly, Dividing the Estate, and My Old Lady. Ron has also designed lighting at the Arsht Center for the Miami Made Festival, The M Ensemble production of Crowns, and Summer Shorts for City Theatre.

His most recent work has been for the Miami Summer Music Festival where he provided the lighting design for Hansel & Gretel, Albert Herring, Cendrillon and Don Giovanni.

Kayce Armstrong is an all around multi-faceted creative. Whether she’s holding a paintbrush, scissors, or a microphone her artistry is exuded in her work and her originality and style is undeniable.

American born Kayce Armstrong left her modeling career in Milan Italy in 1990 to pursue fashion art and Music in Miami. She originally began creating custom fashion designs for herself as a musician fronting numerous bands performing in the area. Her pieces were quickly recognized by many for their originality, and design and she was encouraged to continue creating custom, inspired pieces.

Armstrong serves a niche by creating designs with eco fabrics, repurposed and up cycled materials. She has been recognized in some of the most prominent editorial publications and been included in numerous fashion shows including Metamorphosis and No Man’s Land, where her originality and revolutionary skills shine at the forefront of industry trends. She was chosen as the most avant-garde designer coming out of Miami and featured at the Grey Goose pavilion during Miami Art Basel in Wynwood Art District.

She is currently working out of her new location in Fort Lauderdale doing custom designs for an array of clientele, continuing to create music and inspiring artists and creatives around her.

About  |  The Basement Project

Our productions entertain even when the story is tragic.

We produce scripts, classical and contemporary, that are accessible and relevant for young and old, for regular theatre-goers and those who have never before set foot in a theatre.

We create a place for people to experience an elixir of emotions, a magical space where fantasy and reality collide, provoke thought, and raise questions.