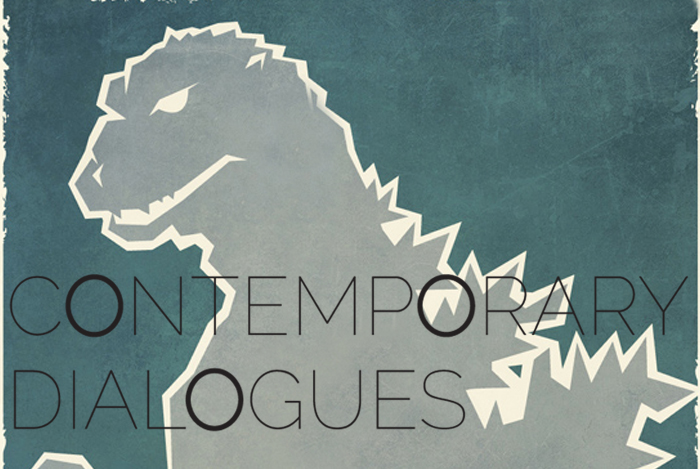 You have Your Fear: Godzilla as Shinto Myth and Atomic Icon

Godzilla is a giant monster or daikaiju that appeared in a series of 28 Japanese films that began in 1954. With the nuclear bombings of Hiroshima and Nagsaki still fresh in the Japanese consciousness, Godzilla was conceived as a metaphor for a nuclear weapon. Join pop culture expert Rick Wallach as he explores the political and social issues that led to the creation of this mythical character.

Rick Wallach is the author of numerous articles on American literature, jazz, popular culture and media. He is co-founder of the Cormac McCarthy Society and senior editor of the “Casebook Studies in Cormac McCarthy” series. He was an administrative assistant to the late mythologist Joseph Campbell, and earned his degree in theology at Fordham University. He continued his graduate studies in literature and psychology at the University of Chicago, New York University and the University of Miami, at the latter of which he taught critical writing, American studies and literature for fourteen years before retiring several years ago to concentrate on writing, editing and lecturing. His forthcoming book, The Songs of their Climate, is a study of the Canadian progressive rock band Cowboy Junkies.