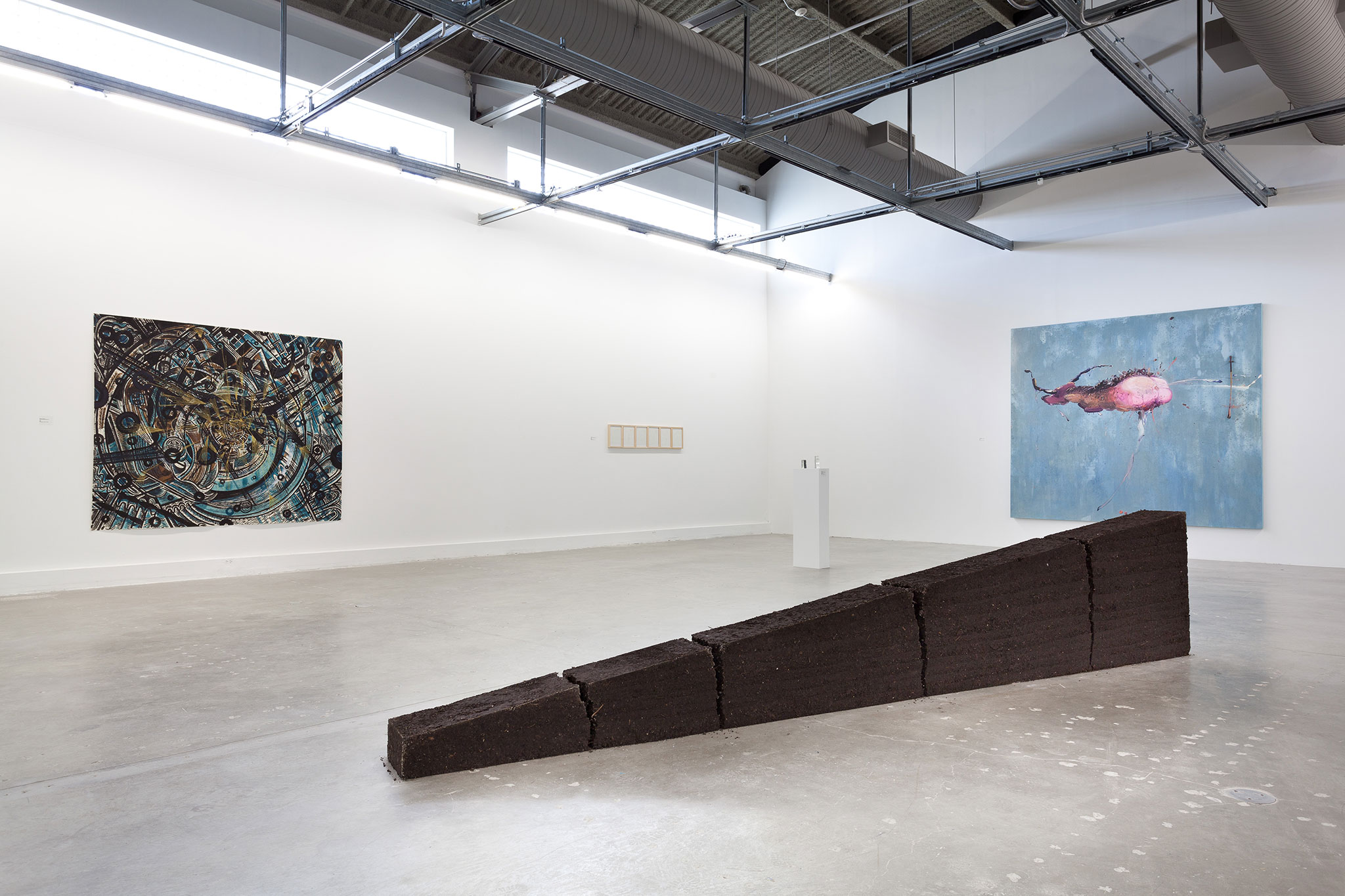 Working on the premise that art-making is history-making, Third Space explores the cognitive character of memory in its relationship to space and opening up of possibilities. This exhibition presents works by artists who defy their otherness to enter and enter the realm of 21st century aesthetics not only to lay their historic claim on it, but also to challenge the framework which defines and polices its boundaries.

Third Space provides a model for understanding how a collective can generate an alternative discourse and engineer a social construction of possibility. Here, the space becomes a site of memory for the collective — an important landmark around which the process of self-determination structures the struggle against hegemony and its capacities of dis/being — the process of erasing one’s beingness — in favor of a return to the ontological nature of the human. As both actual and imagined place, the space is “topoi” — simultaneously place and topic; thus can be “seen” and “read” in the mind.

The thematic of space is intimately linked to that of time and history. It is through “a” space that the conquest of the other — the exploited, the oppressed, the segregated is affirmed. It is through the Third Space that narratives of resistance are constructed and deployed in the struggle for liberation. Third Space then functions as a kind of palimpsest, a kind of parchment on which a collective inscribes and re-inscribes the process of history.

Third Space then moves to a meta-level out of global descriptions and predictive appreciations. It builds on Carole Boyce-Davies’ articulation of a different understanding of space “…as a theoretical conjuncture that moves beyond flattened unicentric historical meanings to offer new analyses in which anticipated outcomes give way to new information”.

Third Space poses the fundamental question of identity in its personal and collective dimensions. Inventing the Possible sees the infinite refraction of that division — a crack which leaves the subject divided between his/her submission to the gaze of the other and his/her desire to be whole.

Division is the negative side of the question. The traces of this thematic that are explored in the exhibition invoke the jagged cracks that cross contemporary identity; divisions between majority/minority, Black/White/Brown, past and present, rendering the subject paralyzed by the gaze of the other, and flabbergasted by that gaze that forces him/her to see him/herself as others see him/her.

The signs of division are multiples and always inextricably linked to their contrary, in search for that freedom in which all forms of binary and duality dissolve in the process of Inventing the Possible. In this paradoxical relationship between division, tearing and searching for a wholeness, Third Space occupies a key position. It is a form of doubling by which it remains itself while bearing the mask of another possibility. In this space then, the vision of the possible doubles for increasing the potency of emancipation from imposed norms and canons.

For a space that sees “double” then, the contemporary manifestation of centering ‘a’ space is an illusion that must give way: Miamians rather than Black, White, Brown, Jew or Gentile! The possible is always fragile and needs to be strengthened. The space — MOCA is the storehouse of our collective humanity. We struggle to keep to it in order to remain human; this because we know, “None but ourselves can free our Mind.”