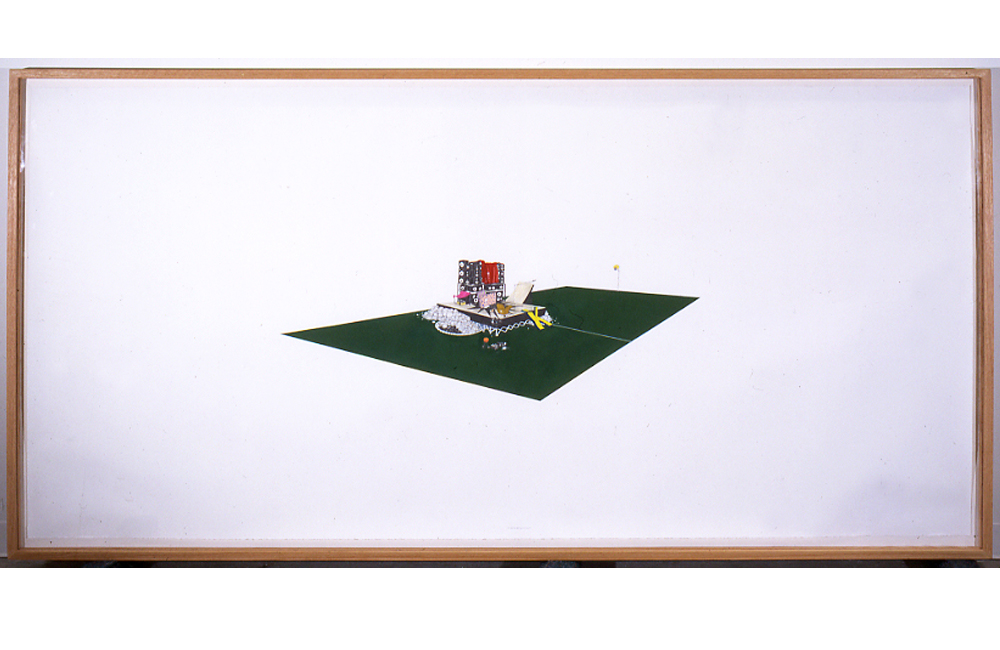 masking tape and fabric on paper

William Cordova is an interdisciplinary cultural practitioner living in Miami/New York City. His work is installation based and includes performance, sculpture, film, photography, and drawing. Cordova focuses on architecture, landscapes, and history as a way to reconstruct, reconsider, and reconnect past events to reveal their relevancy in today’s social climate. Creating ephemeral monuments through film, photography, and assemblage Cordova seeks to expand the overall experience of the visual arts as a platform for discussing our common experiences, needs, and struggles.

William Cordova graduated with a BFA from The School of the Art Institute of Chicago in 1996 and went on to earn an MFA from Yale University in 2004. From 1988-1994, he studied Medicine and Psychology at Miami Dade Community College, Miami, FL. Cordova has held residencies at the Studio Museum in Harlem, the Museum of Fine Arts Houston, Headlands Art Center, Artpace, and Skowhegan School of Painting and Sculpture, among others. He has exhibited in the United States, Latin America, Europe, and Asia. His work is in the public collection at the Whitney Museum of American Art, Guggenheim Museum in New York, Harvard University, the Yale Art Gallery, Museo de Arte de Lima in Peru, Ellipse Foundation, Cascais in Portugal, Museum of Contemporary Art in Miami, and La Casa de las Americas in Havana, among others.