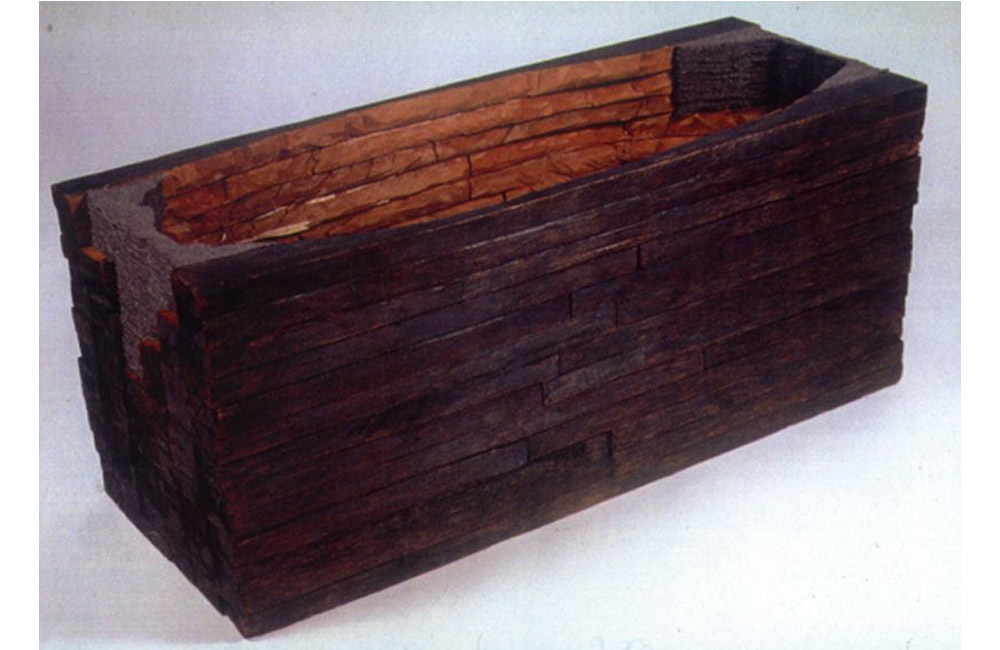 Gift of Eileen and Peter Norton

Ursula Von Rydingsvard (born 1942 in Deesen, Germany) a european artist based in New York. Von Rydingsvard was placed in a Nazi forced-labor camp during WWII. After shuffling through various refugee camps, Von Rydingsvard and her family emigrated to Connecticut in 1950. Rather than presenting disturbing images in her work, the artist turns to more comforting objects and forms.

Untitled was created by using a chainsaw. The artist hacked tree trunks into individual, block-like units, and carved these even further for craggy texture. The blocks were layered with felt, alternating hard and soft. Finally, Von Rydingsvard aged the work by rubbing graphite into the wood. As the viewers get closer to the work, the aroma of the cedar and the rugged surface texture conjure up a vision of a craggy landscape.