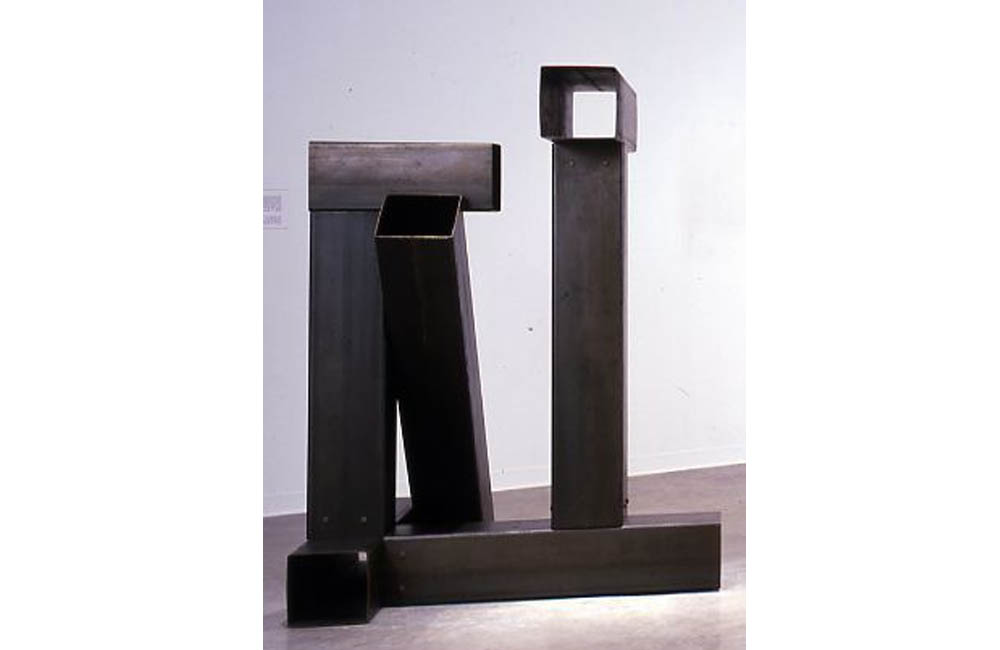 Like the Minimalist sculptor Dan Flavin, Bernard (Tony) Rosenthal was inspired by the pioneering Russian Constructivists (1917 and later), whose works were often assembled out of the same building materials used by engineers and architects. Rosenthal studied with Alexander Archipenko and attended the Cranbrook Academy in Michigan, where he befriended the designer Charles Eames and the architect Eero Saarinen. In this work, abstract geometrical forms are balanced in a dynamic arrangement. As in the sculpture by Mark di Suvero, this massive object projects a kind of masculine presence.

Rosenthal is best known for his large-scale public monuments, such as his 15 foot high steel cube, which is poised on its tip and can be rotated by a slight push. Versions of the “cube” are on view at Astor Place in downtown Manhattan and at Boca Raton Museum of Art.