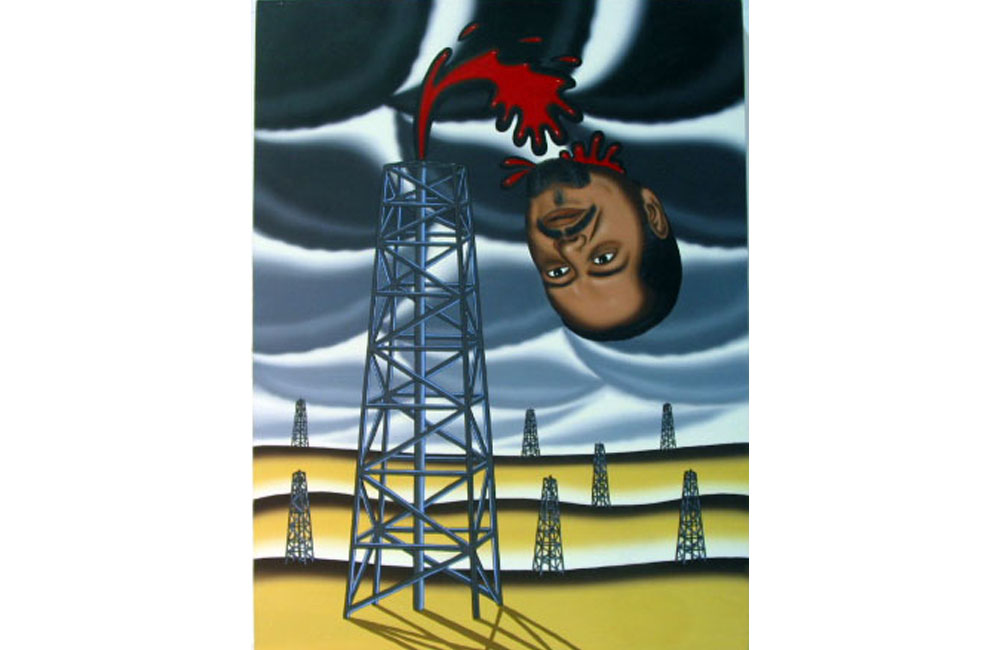 Roger Brown (born 1941 in Hamilton, AL) is an American artist based in Chicago. Brown combines the repetitive patterning found in folk art with the graphic punch of comic book illustration to create a work that is a biting commentary on the energy crisis. Beginning in the 1970’s Brown was part of a group of Chicago-based artists who created defiantly non-mainstream art. The so called “Chicago Imagist” shared an interest in off-color humor and sadistic subject matter.

Arab Oil Sheik is a comment on the leader of a muslim community with big investments in oil. He is criticising the excess luxury these people live because of how wealthy they are. He reflects the power that these people have and how much corruption exists because of it.

[description:] Two dimensional illustration. A picture of an oil mining field with the main object in front to the left. There are several oil towers on the background. The main subject is a tower that is spilling oil that is red. There is a detailed head of a man that seems to be falling from the top of the oil tower, right before the red oil.

Gift of Estelle and Paul Berg