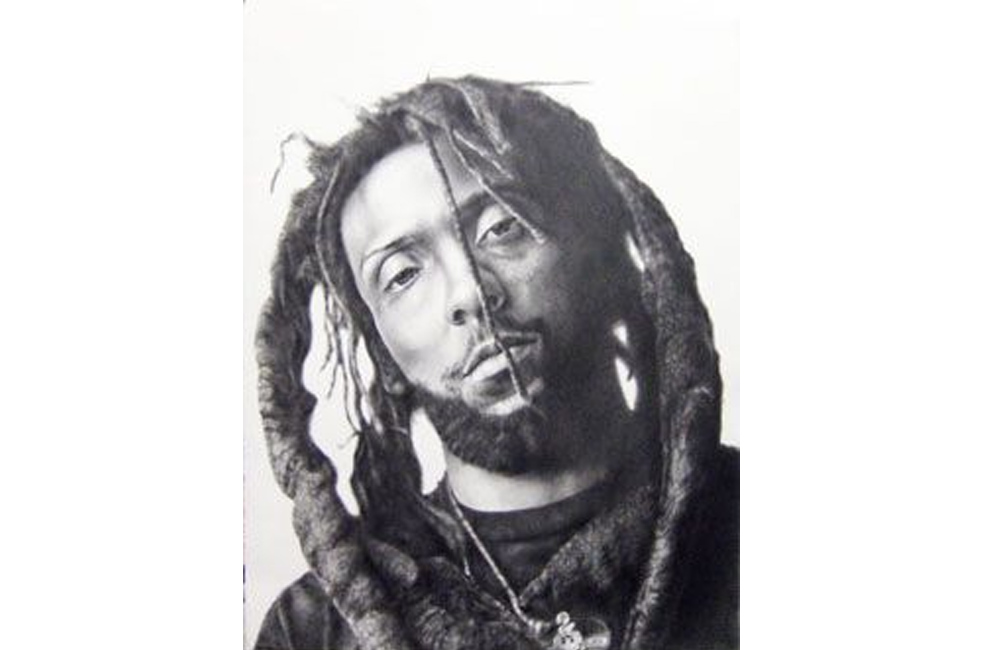 Robert Davis (born in 1970 in Chicago, IL) He graduated from The School of The Art Institute of Chicago in 1997 with a BFA in painting. His series of ‘graphite-on-paper’ portraits are photorealistic, which is a style of Davis and one he explored in his paintings with Michael Langlois – whom he collaborated with for over ten years. Davis and Langolis challenged the notion that paintings are done by a single artist.

Haile Selassie is from a series of portraits inspired by 70’s ephemera that are reminiscent of the artists childhood memories growing up in Virginia. The work challenges the viewer with a contemporary take on a historical portrait.

[description:] detailed photo-realistic portrait in graphic on paper of the former Emperor of Ethiopia. He has short hair and a beard. There is no strong emotion on his face. The subject is not looking straight at the viewer. His attention is to the left side of the piece.

Collection of the Museum of contemporary Art, North Miami
Gift of Barbara Herzberg

H.R is a graphite drawing from a series of works that collectively form a portrait of the people and artifacts that shaped the world in which the artist grew up, in 1970s Virginia. Davis’s graphite drawings are both generic and deeply personal, representative of formative experiences, meticulously re-created in pencil and imbued with nostalgia.

[description:] detailed portrait in graphic on paper of an African American man. The man has long dreadlocks and a beard. He is wearing a black plain shirt. There is no specific emotion shown in the man’s face.

Collection of the Museum of contemporary Art, North Miami
Gift of Barbara Herzberg