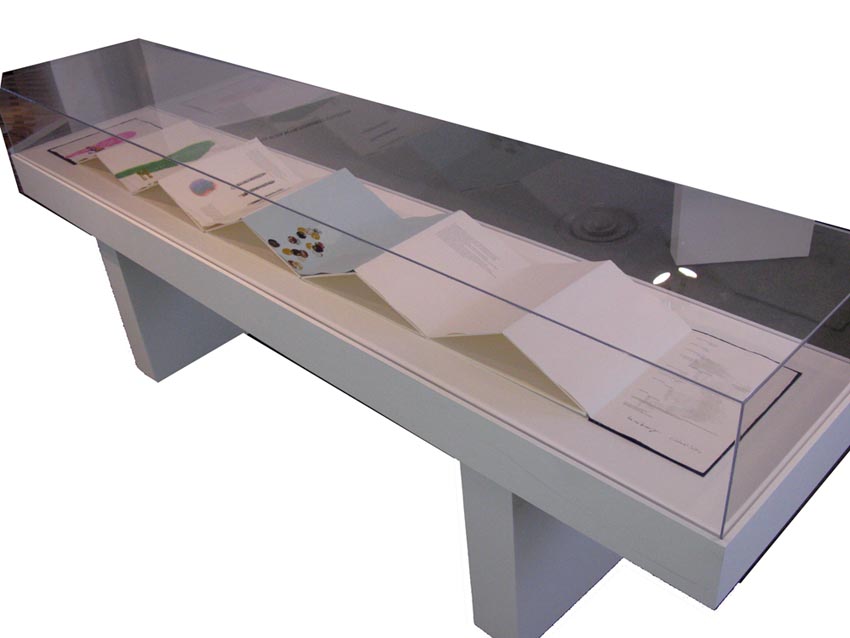 Richard Tuttle (born 1941 Rahway, NJ) is an American post-minimalist artists known for his small, subtle, intimate works. His art makes use of scale and line. Lives and works in New York and New Mexico. He got his Bachelors in Arts in 1963 at Trinity College, Hartford, CT. His careful use of simple media is intended to call attention to their manipulation, display, and materiality, as well as their effects upon the viewer’s perceptual awareness. Unlike many of his Minimalist contemporaries, Tuttle is a vocal proponent of beauty and the persuasive power of aestheticism. Wire and wood, in his work, may refer to drawing and Baroque decoration, while blank paper renders invisibility as a palpable but ineffable presence.

Untitled is a collage. Cut-outs from a book have been glued onto a piece of paper that looks as if has yellowed with age. The faded images and worn paper suggest the passing of age when representation was all about illusion. This work is part of a series of five works that are meditations on the fragility of logic and the inherent ambiguities of representation.