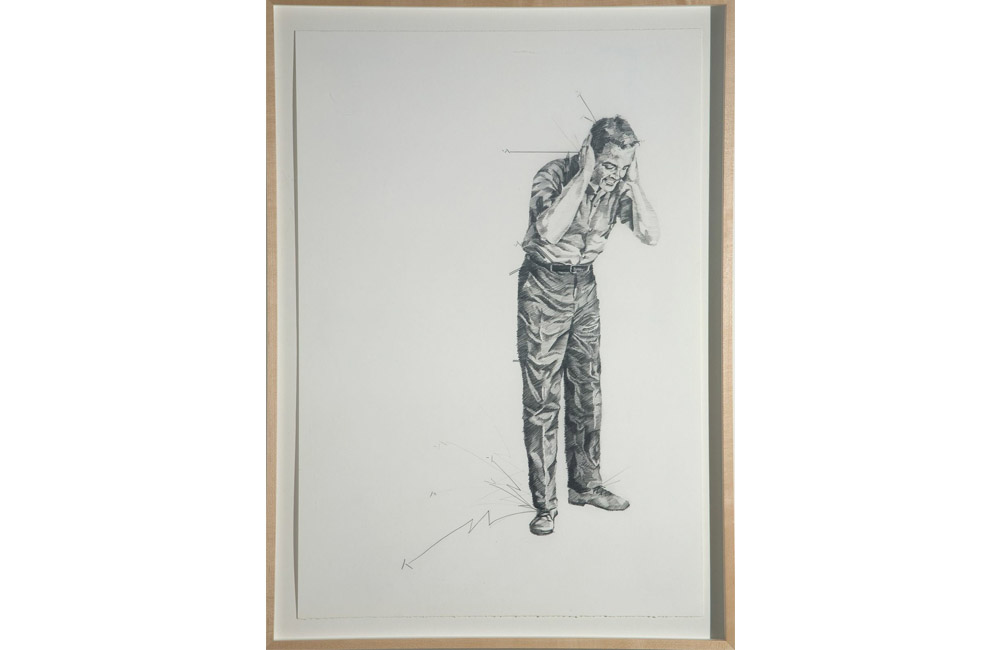 Father didn’t want anything to do with it, 2007

Father Didn’t Want Anything to do With it is a drawing part of a series called “Family Jewels”. Even though is part of this collection, the drawing is nothing like the rest of the pieces.

[description:] graphite drawing of a man covering his ears with his hands. The subject is position in the far right of the paper. The rest of the piece is completely white. The drawing is realistic and there is a lot of contrast inside the image.

Gift of Fredric and Kathy Snitzer